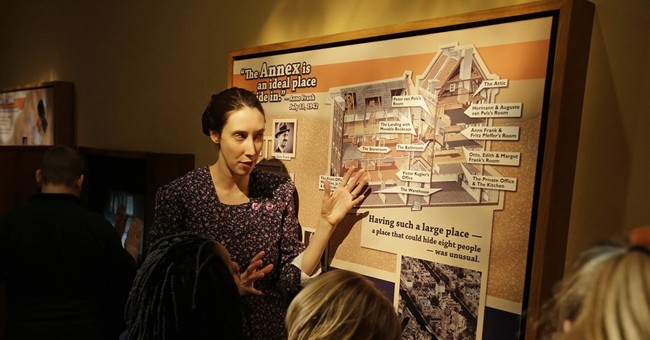 On the surface, it is very moving to see half of the members of Knesset at Auschwitz marking International Holocaust Remembrance Day.

But in a larger sense, it is not at all clear why this is necessary.

The Jewish people have Yom HaShoah V’Hagevura, our own national day of mourning for the genocide of our people in Europe. More importantly, we carry the legacy of the Holocaust inside of us.

Every day, at some level, we experience the ulcerative loss of a third of the Jewish people in the hell of Europe, because we feel the hollow absence of the victims.
The six million murdered have become 10 million descendants who were never born. And we miss them.

We remember them too, every day, when we look at our children and thank God we can protect them.

Israel does not need this extra Holocaust memorial day. And before we send another delegation of elected officials to Auschwitz next January 27, we need to ask whether this extra day serves any positive purpose.

In November 2005, Israel was one of the co-sponsors of the UN General Assembly resolution that made January 27, the day Auschwitz was liberated, International Holocaust Remembrance Day. At the time, Israeli politicians and American Jewish leaders extolled the resolution as signaling a new era of UN relations with the Jewish state.

They also proclaimed that the educational materials that would be disseminated worldwide under the auspices of International Holocaust Remembrance Day would make a significant contribution to the combat of anti-Semitism.

But eight years later none of this has happened.

To the contrary, the UN has escalated even further its official anti-Semitism through its diplomatic, cultural and educational aggression against the Jewish state.

Consider for instance that a week before its duly mandated International Holocaust Remembrance Day, the UN ushered in 2014 as the Year of Solidarity with the Palestinian People. The occasion was marked among other things, by the January 20 opening of a yearlong exhibit at the UN Headquarters in New York portraying Israelis as Nazis and Palestinians as Jews.

Jews throughout Europe feel under assault, and unprotected. The situation is so bad that Jews don’t even bother reporting most of the anti-Semitic attacks they suffer.

The more closely we consider events, the more clearly we see that ironically and obscenely, Holocaust memorializing in Europe is enabling anti-Semitism.

From the time of Roman Emperor Constantine, persecution, expulsion and massacre of Jews was the norm, not the exception, in European life.

This Jew hatred did not die in Auschwitz.

As Ruth Wisse explained in August 2010, political anti-Semitism was resuscitated immediately after the war ended with the establishment of the Arab League. The League’s sole purpose was to reorganize anti-Semitic politics around denying the Jewish people their legal right to establish a sovereign state in their homeland.

In other words, with the establishment of the League in March 1945, the just-ended physical annihilation of European Jewry was replaced by the campaign to deny Jews political freedom and independence in our land.

Rather than combat this affront to international law and to the Charter of the United Nations, Europe, along with the rest of the world, sought to appease, and so facilitated and encouraged Arab anti-Jewish aggression.

When in 1948, in breach of the UN Charter the Arabs invaded the nascent State of Israel, they were not punished for their illegal action. And in the intervening 65 years, the Arabs’ refusal to recognize or live at peace with the UN member state similarly has gone unpunished.

Even worse, instead of censuring the Arabs for their immoral and illegal behavior, the UN has adopted their venomous anti-Jewish agenda as its own.

It bears noting that Wisse presented her position at a conference sponsored by Yale University’s Initiative for the Interdisciplinary Study of Antisemitism.
Hers was one of several hundred important papers presented there by academics from around the world.

YIISA ’s conference was so successful in highlighting the central role anti-Semitism plays in global politics today that many participants optimistically believed it would serve as the catalyst, finally, for a serious reckoning by American and European academia with the scourge of anti-Semitism that was not eradicated – or even seriously dealt with – after the Holocaust.

But alas, it was not to be. Angered by the conference’s success, Arab donors, PLO officials and Europhilic academics demanded that Yale close YIISA .

YIISA ’s successor, the unaffiliated Institute for the Study of Global Antisemitism and Policy, just published a five-volume set of the papers presented at the conference.

YIISA ’s closure was one more indicator of anti-Semitism’s profound and enduring influence on our daily lives. And it is vital that we understand how this is the case.

In Europe, and increasingly in Europhilic sectors of American society, anti-Semitism is not combated or even seriously studied because most Europeans and their American admirers don’t have a problem with anti-Semitism.

Whereas they enthusiastically condemn their colonialist past, which was far shorter and less violent than their Jew hatred, they shrug their shoulders, turn a blind eye, or condone continued assaults on Jews.

The Arab transposition of political Jew hatred from Europe to Israel provided the Europeans with a new post-war political framework to attack Jews. And with it, they continue to blame Jews for everything from the price of oil to Islamic terrorism while slandering the descendants of their grandparents’ victims with blood libels against Israel.

In this rancid environment, rather than serving to combat Jew hatred, International Holocaust Remembrance Day inadvertently enables it. By bowing their heads in honor of dead Jews for five minutes every January 27, the Europeans get to pretend that the Holocaust was exogenous, as opposed to organic to, and still very much a part of European civilization.

Modern Zionism was conceived as having two objectives – to enable the Jews to protect ourselves from anti-Semites; and to end anti-Semitism by normalizing Jews as a nation among the nations. But as Wisse notes, like the Jews in exilic communities, the Jewish state cannot end other people’s hatred of Jews, because we didn’t cause it. Only the anti-Semites, through their own moral reckoning with their anti-Semitic past and present, can do that.

In light of the Europeans’ continued refusal to undertake such a moral reckoning, far from combating anti-Semitism, International Holocaust Remembrance Day serves as a cover for it. Israel and the Jewish people should not let the Holocaust serve as a fig leaf for their continuing, and growing, hatred.