Prison Reform: The Time Is Now

Cal Thomas
|
Posted: Feb 08, 2018 12:01 AM
Share   Tweet
The opinions expressed by columnists are their own and do not necessarily represent the views of Townhall.com. 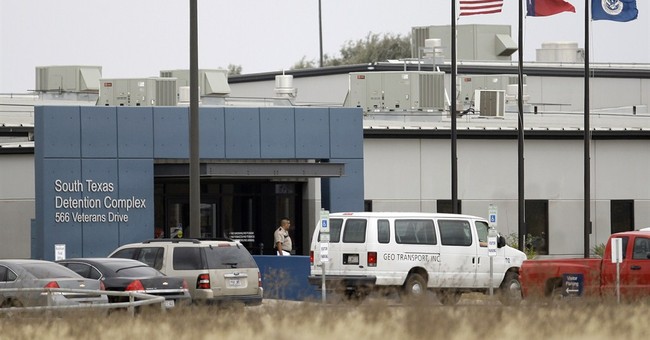 It didn't seem to fit in President Trump's State of the Union address, perhaps something tossed in at the last minute, like a garnish. But there it was: "As America regains its strength, opportunity must be extended to all citizens. That is why this year we will embark on reforming our prisons, to help former inmates who have served their time get a second chance at life."

Like Richard Nixon opening the door to China, only a Republican could propose prison reform and not be labeled "soft on crime."

It is not news that American prisons are overcrowded, cost too much to maintain and warehouse men and women, many of whom should not be there. There ought to be an alternative for nonviolent, non-lethal offenders. Those being released from prison should be offered a second chance without the mark of Cain being stamped on them.

One step in that direction may be a recent story in The Washington Post. Ron Nelsen owns a garage door company in Las Vegas, but has had trouble finding people to work for him because of the falling unemployment rate. His assistant handed him a resume, and when Nelsen looked at it he discovered the applicant's recent jobs were all in a state prison.

Nelsen decided to interview the man, Ian Black. "He was articulate and respectful, and he told me he'd been an idiot when he was younger."

Still apprehensive, Nelsen took a chance on the convicted burglar and hired him. Black is part of a work release program. His parole hearing is set for this month. Nelsen calls Black "my best worker."

Nelsen is not alone. As the Post reports, more businesses are starting to give ex-convicts a second chance. This is not some liberal "feel-good" idea. Even the conservative Koch Industries is hiring former inmates. Mark Holden, general counsel for Koch Industries, is quoted as saying, "What someone did on their worst day doesn't define them forever."

Ask yourself which approach is likely to cut the recidivism rate, which remains especially high for those who can't find meaningful work: A spirit of forgiveness, mercy and a second chance or branding someone as irredeemable? The question should answer itself.

If he follows through on his promise, President Trump has an opportunity to go where few have gone before. As with his promise to free poor minority children from their failed public schools, reforming America's prison system and, indeed, America's approach to incarceration, which has done little to redeem or reform anyone, would be a lasting legacy.

One in five prisoners in the federal prison system is there for nonviolent drug offenses. At the state and local levels it is different and although most of the incarcerated are there for infractions unrelated to drugs, most states continue to arrest people for drug possession. As the PPI notes, "Drug arrests give residents of over-policed communities criminal records, which then reduce employment prospects and increase the likelihood of longer sentences for any future offenses."

The trend of hiring former inmates who have served time for nonviolent offenses should be encouraged. Most prisoners will return to society. Will society welcome them with a job and a second chance, thus reducing the recidivism rate, or ostracize them and increase the chances they will commit new crimes against new victims in order to survive?

Ron Nelsen is setting a good example. Others should follow, because who among us has not needed a second chance at something?