Cal Thomas
|
Posted: Nov 02, 2017 12:01 AM
Share   Tweet
The opinions expressed by columnists are their own and do not necessarily represent the views of Townhall.com. 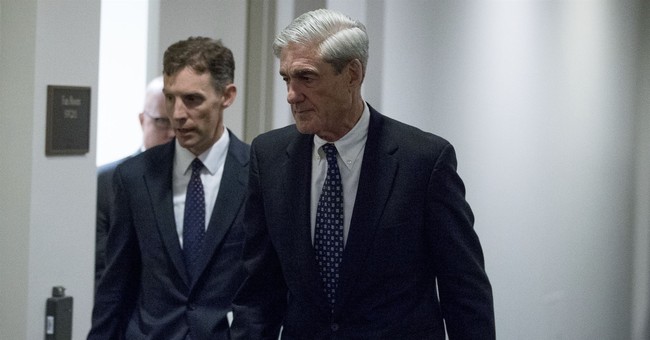 In considering the indictment of former Donald Trump campaign chairman Paul Manafort and an associate, I am reminded of former Bill Clinton aide and defender James Carville's line about the ability of a grand jury to "indict a ham sandwich."

Manafort and a longtime business partner, Rick Gates, pleaded not guilty to all 12 counts against them. Manafort is under house arrest after posting an outrageously high bond of $10 million. Gates' bond was set at $5 million. George Papadopoulos, who was a foreign policy advisor to the Trump campaign, has pleaded guilty to making a false statement to the FBI about his foreign contacts with several top Russian officials.

Predictably, the major media are celebrating this as the beginning of the end of the nascent Trump presidency. Within hours of the announced indictments, New York Times columnist Nicholas Kristof rushed into print with a column titled "Will Manafort Sing? If so, it may mark the beginning of the end of this presidency." Look for more of this wishful thinking that the establishment, the Democrats and all of the mainstream media have been hoping for since Trump won the election.

What Manafort stands accused of has nothing to do with the 2016 election, or with Russian "collusion." No one, so far, has produced any evidence the Russians affected the election's outcome. This is all about overturning the results and keeping "the swamp" full for those who live in it and reject change.

Real collusion might be in the significant share of U.S. uranium sold to the Russians during Hillary Clinton's tenure as secretary of state (she signed off on the deal), followed by a $500,000 fee paid to her husband for a speech in Moscow and the millions of dollars that subsequently flowed into the Clinton Foundation from uranium investors.

Special counsel Robert Mueller and Congress should investigate that Russian connection, along with the role of the Democratic National Committee and the Hillary Clinton campaign (and the earlier Republican role) in creating an anti-Trump dossier that has been shown to be a fraud and yet was used to justify the appointment of Mueller. If the reason for Mueller's appointment is fraudulent, how can it be said that his investigation, which includes staff attorneys who made donations to Hillary Clinton and Barack Obama, is not tainted?

Among the many problems with this investigation is that it has no legal, subject or monetary limits. If Mueller and his associates are unable to prove collusion with the Russians, one can count on them coming up with something else. Far-left members of Congress, such as Maxine Waters (D-Calif.), openly state that their objective is to "take out" the president, and they don't mean to lunch.

There is also the matter of leaks from the grand jury. Not surprisingly, the details of the indictments matched the leak to CNN. Unless that network employs mind readers and engages in paranormal activity, those leaks are felonies and the leakers should be prosecuted.

Meanwhile, Republicans in Congress are firing up investigations of their own, including long-overdue looks into various questionable and possibly illegal activities by the Clintons. Congress is the proper avenue for such investigations, not special counsels, who can "go rogue" if they wish.

These seemingly endless accusations and investigations are what so much of the country hates about Washington, the "D.C." that increasingly seems to stand for "dysfunctional city." No matter which party controls government, the other party does all it can, by whatever means, to undermine those elected. This behavior solves no problems. It is only about grabbing and holding onto power.

Given the many moving parts in the Mueller probe and the loss of focus on the primary reason for it, the government may have a difficult time proving its case in court. But with unlimited funds and a staff of lawyers who have Democratic affiliations, you can bet they will try to make more than a ham sandwich out of it.