Cal Thomas
|
Posted: May 30, 2016 12:01 AM
Share   Tweet
The opinions expressed by columnists are their own and do not necessarily represent the views of Townhall.com. 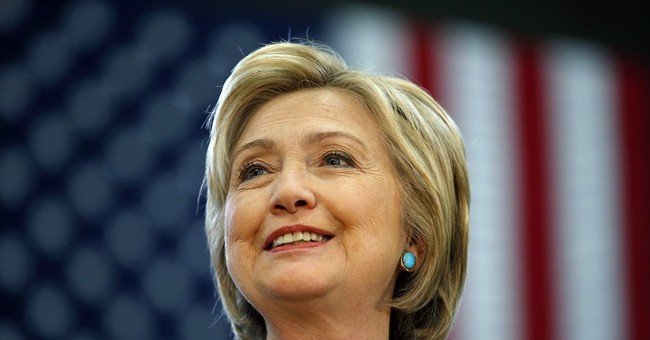 "Rules are made to be broken" is a saying that has many variations, but perhaps no one has summed up Hillary Clinton's attitude (and Bill's, too) about rules more than the late science-fiction writer, Robert A. Heinlein, who said: "I am free, no matter what rules surround me. If I find them tolerable, I tolerate them; if I find them too obnoxious, I break them. I am free because I know that I alone am morally responsible for everything I do."

In its report on how Hillary Clinton handled her "private" emails while serving as secretary of state, the State Department's inspector general (IG) has found that Hillary Clinton disregarded cyber security guidelines when she used a private computer server. She continues to deny she did anything wrong and falsely claims she turned over "all" of her emails to the State Department after she left office. In fact, she, or members of her team, deleted about 30,000 of them before an investigation of her practices began.

The IG's report chides her, saying she should have "preserved any federal records she created and received on her personal account by printing and filing those records with the related files in the Office of the Secretary. At a minimum, Secretary Clinton should have surrendered all emails dealing with Department business before leaving government service and, because she did not do so, she did not comply with the Department's policies that were implemented in accordance with the Federal Records Act."

There are federal penalties for tampering with a smoke detector on an airplane and disobeying flight attendants that can include fines and even jail time. Isn't what Hillary Clinton did far worse than that, if she potentially compromised U.S. secrets?

The IG also says she stonewalled requests by the government for access to her server, which was in her Chappaqua, N.Y., home, with another discovered at an unsecured location in a Denver bathroom closet. Marcel Lazar, the Romanian computer hacker calling himself "Guccifer," claims to have hacked into Clinton's servers. He pled guilty to the charge before a Virginia judge this week. Might there also be Chinese and Russian hackers out there who've also had a look at Clinton's emails?

Hillary Clinton has claimed she only used private email for her daughter's wedding and yoga classes. Who believes that, other than her partisan supporters and uninformed voters? High-ranking government officials are aware of the regulations governing their tenure while in office and their responsibilities for the handling of records once they leave it. Will Hillary Clinton's failure to comply with the State Department's policies on records necessarily lead to an indictment? That is what an FBI investigation is attempting to determine.

Hillary Clinton has invoked the "everybody has done it" defense, but again that's not true. She often cites former Secretary of State Colin Powell, who also used a private email server, but as a Wall Street Journal editorial notes, Mr. Powell's use of private email was limited, and he never set up an unsecure server in his home, not to mention a Denver bathroom.

Something else from the IG's report that firmly rebuts Hillary Clinton's defense: "Notification is required when a user suspects compromise of, among other things, a personally owned device containing personally identifiable information." But the IG found "no evidence" that she or her aides complied.

For years the Clintons have skirted laws and practiced disinformation, rhetorical gymnastics ("It depends on what the meaning of the word 'is' is.") obfuscation, changing the subject, non sequiturs and anything else that might block their enrichment or achievement of political goals.

This time, Hillary Clinton should not be allowed to get away with it, nor should she have her incidents of malfeasance rewarded by being elected president of the United States.

Julio Rosas
As Biden Goes Off-Script, White House Tech Team Cuts the Mic and Blasts Music
Katie Pavlich
Here's the Other Snippet Buried in That CBS Interview with Fauci That Exposes Him as a Partisan Clown
Matt Vespa
President Biden Is Heading to Minnesota Where Inflation Has Already Erased Wage Growth
Spencer Brown