Cal Thomas
|
Posted: Jan 05, 2016 12:01 AM
Share   Tweet
The opinions expressed by columnists are their own and do not necessarily represent the views of Townhall.com. 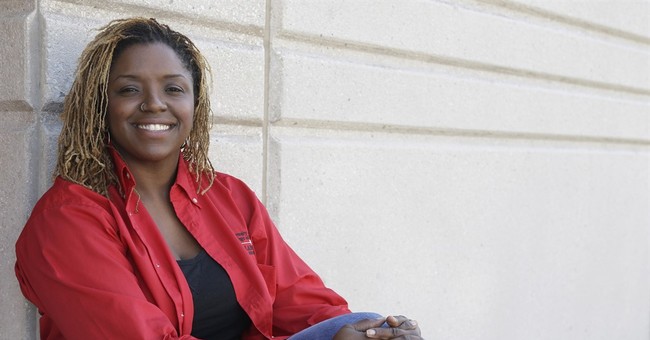 Ever since the miniseries "Roots" was shown on ABC in 1977, Americans have demonstrated a keen interest in finding out more about where they came from and the names and circumstances of their ancestors.

Harvard University Professor Henry Louis Gates Jr. is fulfilling that longing in the latest installment of the PBS series "Finding Your Roots." Next to "Downton Abbey," which is again drawing large audiences in its sixth and final season, Gates' program (premiering Jan 5) is the best and most compelling television you will ever see.

The greatest contribution of this show is that it helps viewers see beyond externals -- such as race and politics -- and into the hearts and minds of the guests where their real selves reside. My personal favorite in the opening program is Donna Brazile, a longtime liberal Democratic activist and an African-American, with whom I am acquainted. I wanted to measure my reaction to someone who holds political views opposite my own.

In addition to revealing to Brazile the source of her unusual name, Gates also discovered a female ancestor who, at age 14, was sold as a slave to a white man. Brazile shakes her head in sadness and begins to cry. At that moment she turns herself inside out and we realize Brazile's depth of character has nothing to do with the political views she holds. Most importantly it reminds her and viewers that her ancestor's value as a human being had nothing to do with the price put on her by a slave auctioneer.

During his narration about the discoveries he and his excellent team of researchers have made about these accomplished people, Gates says: "And these discoveries have forced my guests to reconsider long-held assumptions about their families' past -- and what they might mean about their ethnic identities today."

They have done more than that. They force viewers to reconsider their own assumptions about people they think they know from television or politics, career paths characterized by an overabundance of posturing and phoniness. And this is perhaps the greatest contribution of "Finding Your Roots." As I wrote in a previous column about the show, it decimates racism. It shows that we are all a melting pot of multicultural DNA coursing through our bodies.

In a press release, Gates says, "We can't truly know ourselves until we know something of our origins." His goal is to "inspire people to find out more about their own personal family stories, and spark an interest among young people in genetics, anthropology, history and the pursuit of science."

You will be hard-pressed to find anything better on TV this season (with the possible exception noted above). Knowing where we came from is not only helpful in understanding who we are, but it also can help us see more clearly where we ought to be headed. Those with ancestors who were slaves, or slave owners, have a particular responsibility to teach their children and grandchildren about that heritage and to let the past tell them what they should be doing with their lives. This show is so good that if it doesn't win a carload of Emmys there is no justice. It should be shown in every school in America. If you miss it, you will miss out on one of life's great experiences.