What if it's True? 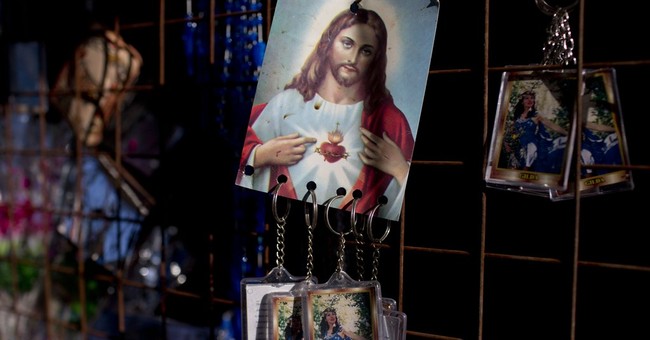 Editor's note: This is a "classic" Cal Thomas column, which originally ran December 2010.

Suppose what some call the "Christmas story" is true -- all of it, from the angels, to the shepherds, to the virgin birth, to God taking on human flesh. By this, I don't mean to suggest it is true only for those who believe it to be true, but what if it is objectively true, no matter what the deniers say? What difference would it make? Should it make any difference?

The narrative and the quotations written by the physician named Luke and by John, the closest disciple of Jesus of Nazareth, are unique and exclusive. The genealogical line of Jesus compiled by Matthew the tax collector is impressive and compelling. The words spoken by Jesus and recorded by these men are phenomenal. They expose the inner darkness of Man, offering a roadmap out, while also revealing the light of God, offering directions into His presence.

The information provided by witnesses to these events are either true, or not. The claims leave no room for middle ground, despite what some "theologians" claim. If they are not true, one must conclude "the greatest story ever told" was the result of the greatest conspiracy in history from which not a single "conspirator" later recanted. The One who spoke such heartwarming words, as C.S. Lewis has noted, was either a liar, a fool, or he told the truth. There are no other options.

The "conspiracy" would have to have stretched over thousands of years, from the time of the Prophets to the modern era when millions continue to claim their lives have been transformed by this carpenter with no formal training, no college degree and no influence with the reigning religious and secular authorities of His day.

Among other things skeptics have to contend with is why would so many people claim the story is true, including what would occur at the end of Jesus' life on Earth, when they had nothing to gain in this life by promoting a lie? In fact, they invited persecution from the religious authorities, along with imprisonment and death from the Roman rulers, who treated any perceived or actual challenge to Caesar as a capital offense.

Of course the story is fantastic. But who would want to follow a God that can be defined and understood by human logic? Such a God would not be worth knowing because He would be created in our image.

I suspect even those who don't believe the story secretly wish it were true. Who, or what else, offers the hope, cleansing and purpose for this life -- as well as eternal life -- like that presented by this child-man-God? In an age when love means lust and is too often conditional, this story offers a love that is personal, redemptive and unconditional. Christmas is the great story of God becoming human in order that humans might dwell with Him. It is about the helper helping those who cannot help themselves no matter how hard they try.

It is a gift better than anything the fictional Santa Claus could give. And it is a gift that keeps on giving into eternity, never losing its value, unlike stock portfolios.

Come on, what have you got to lose -- only everything -- by considering this greatest of all stories? Maybe you believed the story as a child, but with maturity came skepticism and later unbelief. Try reading it again as an adult. It truly is the ultimate gift and it has your (and my) name on it. It fits all who try it on and has the additional benefit of having been paid for by someone else. This gift never wears out. Once accepted, it so satisfies that people rarely return it. For what could it be exchanged?

Can anyone name a better gift that has produced more positive and welcome results around the world for more than 2,000 years?