The Speech, the Dream, and Me 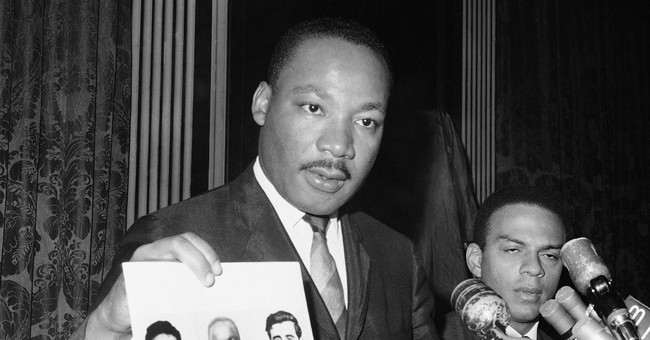 It was an atypical August summer day in Washington, D.C., 50 years ago next week. Temperatures were in the low 80s, about 10 degrees cooler than normal. Skies were partly cloudy. Most government officials were vacationing.

I was a young copyboy at the NBC News Washington bureau. Correspondent Jack Perkins asked me to accompany him to hear a speech by Dr. Martin Luther King Jr. at the Lincoln Memorial.

What I knew about African-Americans ("negroes" they were called then when people wanted to be polite; much worse when they did not) was limited to my experience with two maids employed by my parents during my childhood and years playing college basketball.

I knew our maids only by their first names, a vestige of slavery when blacks were viewed as less valuable than white people and denied even the dignity of their surnames. Basketball exposed me to people I might not otherwise have met growing up in an all-white suburban Washington, D.C., neighborhood. Basketball and socializing with my African-American teammates began to teach me about race, class and discrimination.

Then came that August day. Never before and not since have I heard or seen a person with such rhetorical power, conviction and authority. For those who were not alive at that time, it is important to remember the enormous pressures facing Dr. King, his family and associates. Many voices rejected Dr. King's nonviolent strategy. They believed such a tactic delayed and thus denied justice. Stokely Carmichael, H. Rap Brown, Eldridge Cleaver, Bobby Seale and his Black Panther Party and others preferred confrontation, including violence.

King thought it more effective to appeal to the better angels of whites. He saw goodness -- or at least its potential -- even in those who called him a communist and much worse.

Observing that sea of humanity stretching down the Reflecting Pool was the beginning of a turning point in my own view of civil rights. King appealed to religious themes at a time when much of America still responded to such ideals and even when some, especially Southern churches and Southern Democrats, used scripture to justify segregation.

The civil rights movement seems cool in retrospect, but it was dangerous for many and deadly for some. Friends of mine were beaten and jailed for marching for the rights of African Americans -- and not only in the South. Journalists were attacked.

This month, Turner Class Movies has been running the documentary "King: A Filmed Record ... from Montgomery to Memphis." While it has long been available, first on VHS and now DVD and excerpts have been televised over the years, the broadcast of the entire documentary is magnetic. Mostly without narration, the film is allowed to speak for itself and speak it does ... loudly and powerfully.

One sees contorted faces and hears un-bleeped profanities hurled at black marchers. "Go back to Africa!" is one of the few slurs that can be printed in a family newspaper. The scenes are gut-wrenching, embarrassing.

Mine was not the only life touched by Dr. King's "I Have a Dream" speech. It is rightly called one of the greatest orations of all time. For those who were there, this is not an overstatement.

One wonders what Dr. King might think of racial progress today. Yes, there have been great advances in civil rights, but fewer advances in strong black families and economic empowerment. Dr. King's sacrifice opened the door to progress for African-Americans. Perhaps he would say many who are mired in poverty need to go back and retrieve something they seem to have lost, including personal responsibility, accountability and, yes, even faith about which Dr. King often spoke as he salted his speeches with spiritual truths.