(Dole)ing Out Blame For Gridlock 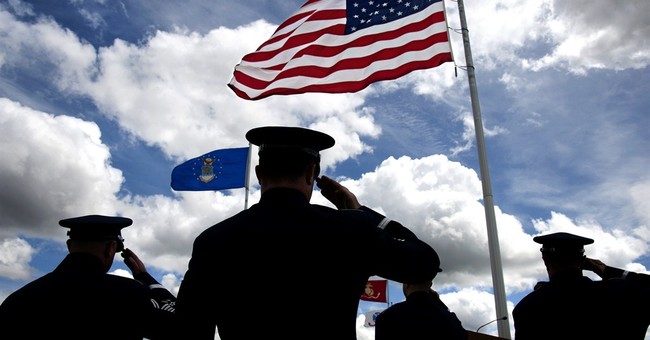 Who doesn't admire former Republican Senate Majority Leader Bob Dole? Wounded World War II veteran, part-time comedian (Dole once described a meeting of former presidents Carter, Ford and Nixon as "see no evil, hear no evil -- and evil"), former presidential candidate and all-around decent man, Dole was a part of government for much of his life.

Therein lies the problem for some who stay in politics and government so long that it is easy to lose perspective and think cutting deals is more important than winning the argument.

In a Memorial Day weekend interview with Chris Wallace on "Fox News Sunday," Dole called the inability of modern government to solve America's problems "almost unreal." He said while he was in the Senate, "We weren't perfect by a long shot, but at least we got our work done."

In the interview, Dole was critical of his Republican Party: "I think they ought to put a sign on the national committee doors that says closed for repairs until New Year's Day next year and spend that time going over ideas and positive agendas."

He's right about positive agendas, but why is it always Republicans who are seen as the impediment to progress? Why aren't Democrats labeled obstructionists or chastised for advocating policies that lead to escalating debt?

Dole described former House Speaker Newt Gingrich as "brilliant in many respects" but then added he's "the kind of guy that can lead the revolution, but he can't lead after he succeeds."

Maybe not, but if Gingrich had not succeeded, Democrats would probably still control the House of Representatives and be unrestrained in pursuing increased spending, government redundancies and entitlement programs. But where are the leaders who should have succeeded Gingrich?

Here's the problem for Republicans. First, they assert values that seem to be in decline and advocate for a Constitution that no longer defines, much less controls, government. Faced with a nation of crumbling families, out-of-wedlock births, the loss of lives through abortion, demands for approval of alternate lifestyles and a greed and entitlement mentality that has driven the national debt to record highs, Republicans are finding it difficult to pull people back from the edge of an economic and moral cliff.

Second, Republicans have done a poor job of arguing their positions. They are still debating economic and moral philosophy, while much of the country focuses on self.

Third, the public education system appears to work against Republicans, often teaching ideas antithetical to Republican values (hard work, self-sufficiency, accountability) and keeping poor children locked in failed schools that ensure most will live their lives dependent on entitlement programs instead of educating them so that they can become contributing members of society.

Fourth, Republicans seem always to be responding to the Democrat agenda, rather than forcing Democrats to respond to theirs. Democrats are compassionate to the plight of those less fortunate; Republicans care only for the wealthy, or so the stereotype goes. Republicans are hurt by the "compassion" argument every time. George W. Bush fell into the Democrats' trap when he claimed to be a "compassionate conservative." What could be more compassionate than teaching people how to live independent of government? Compassion isn't about giving people other people's money. Compassion is about teaching people how to earn their own money.

Bob Dole experienced combat. He didn't negotiate with the enemy to see if a compromise could be reached. That's what Neville Chamberlain did with Adolf Hitler with disastrous results. Dole and his fellow soldiers fought to win.

While Democrats are not the "enemy," many of their ideas are the enemy of prosperity, individual initiative, self-control, personal responsibility and entrepreneurial capitalism.

Instead of just talking about their ideas Republicans need to start showing people their ideas work. It will be a tough sell, especially when major media will likely oppose them at every turn.

I've said it before, but we need to start seeing more people who have overcome difficult circumstances by embracing Republican and conservative ideas and values. Inspiration has always been at the heart of American leadership. Bob Dole has inspired many veterans. It's long past time for his party to escape its ideological rut and try to inspire again.