The Story Behind a Story 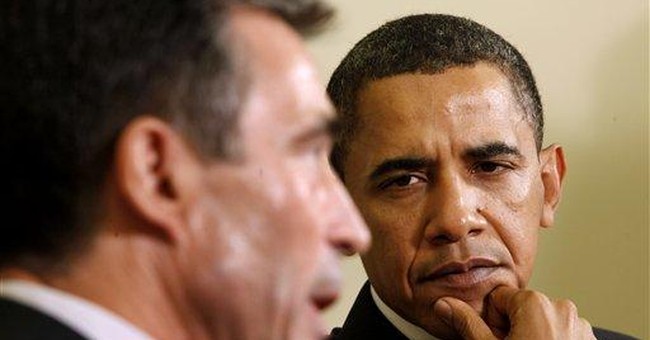 What we are led to believe by an often lazy and Obama-supporting big media, enabled by a deliberately ignorant public that lacks, rather than longs, for the truth, is not as it first seems. Take just one example.

Remember the four Chinese Uighur released from the U.S. prison at Guantanamo Bay? They were flown to Bermuda where they now reside under conditions that are better than any they might have imagined. The storyline cast the men as innocent victims of a military terrorist sweep in Afghanistan.

There are other Uighur detainees at Guantanamo ... for now, despite the fact that the Left is doing everything in its power to have them released and resettled elsewhere. (And despite the fact that the Obama administration, which no longer uses the words "war on terror" to describe the war on terror, seems intent on redefining those held at GITMO -- the better to make them seem nonthreatening. Assistant Secretary of State P.J. Crowley recently referred to them as "refugees.") Last Tuesday, The Washington Post carried a story about two of them, brothers Bahtiyar Mahnut and Arkin Mahmud.

The Post story suggested that Mahnut and Mahmud were being held for no good reason and should be freed. Problem is most countries are hesitant about accepting the Uighur for fear of angering China. The Uighur, you see, are a Turkish ethnic group, Muslim Chinese nationalists, whom the Chinese government has labeled "terrorists." The South Pacific island of Palau, however, agreed to take Bahtiyar, but not his brother. In an apparent demonstration of Uighur "family values," Bahtiyar refused to leave without Arkin.

The Post's Web page features an embedded video of the brothers' lawyer, Elizabeth Gilson, who explains that the men just "ended up in Afghanistan," apparently like one might end up pregnant, without knowing how.

Had the Post dug a little deeper it would have found the truth about the brothers. According to GITMO's Combat Status Review Tribunal (CSRT), a senior al-Qaida terrorist in the Tora Bora Mountains of Afghanistan trained Bahtiyar Mahnut. Bahtiyar admitted as much when he explained to his interrogators why he went to Afghanistan: "To our knowledge there was no fighting with the Chinese in Afghanistan, and it was therefore a safe place to train so we could one day fight the Chinese. The person running the camp was Abdul Haq, and he was a Uighur."

And who, you might ask (but the Post didn't) is Abdul Haq? According to the U.S. Treasury Department, he's "a senior al-Qaida member who sits on al-Qaida's Shura Council. He is also the leader of the al-Qaida-affiliated Turkistan Islamic Party (TIP), also known as the Eastern Turkistan Islamic Movement, which has been designated by both the United States and the UN as a terrorist organization."

Given these facts, one might reasonably doubt that these brothers were anything less than brothers in arms with a distinct mission. The only allusion to any of this was contained in three sentences in the Post story. It said, "Authorities alleged at the time that the men trained in military-style camps affiliated with the Taliban or al-Qaida. The accusations later dissolved upon close scrutiny by the courts."

There was no "close scrutiny" by the courts. Abdul Haq is a known terrorist. That the Uighur detainees (excuse me, refugees) were trained by him ought to be all the evidence needed to convince us they were up to no good.

Need more? The NEFA Foundation (www.NEFAfoundation.org) has obtained and translated an article published in the Turkistan Islamic Party's "Islamic Turkestan" magazine titled, "America Is Leading the Capitalist World Towards Collapse." The article says charging interest is against the will of Allah and "His Messenger" and that those who use interest will be "struck with the wrath of Allah," apparently with the help of the Uighur and other terrorists, uh, refugees.

These are the doctrines followed by those who wish to destroy us. We had better pay attention.

Dr. Fauci: 'I Hope' We'll Be 'Normal' By 'Next Mother's Day' with 'Some Conditions'
Rebecca Downs
Canadian Pastor Arrested and Dragged Off by SWAT Team on Busy Highway for 'Inciting' People to Go to Church
Rebecca Downs
Here's Why the Liberal Media Got Scalped With Their Rudy Giuliani Coverage
Matt Vespa
ICYMI: Charges for Hundreds of Rioters Have Been Dropped
Katie Pavlich
CDC Confusion Thrusts Gov. Ron DeSantis and the Cruise Industry Into the News Once More

Rebecca Downs
Rep. Jim Banks Tells It Like It Is: Liz Cheney is a 'Distraction'
Rebecca Downs