American History Must Be a Priority in Schools 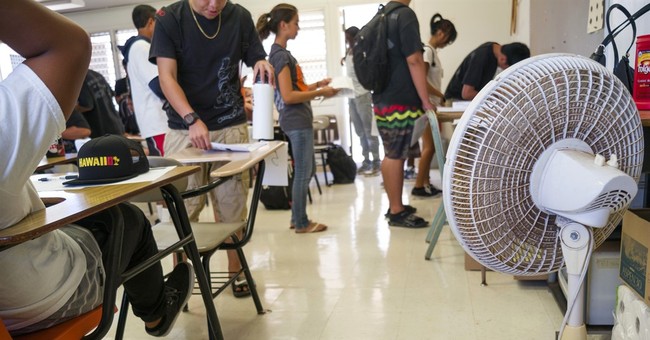 We frequently hear about American students’ low-test scores in science and math, and everyone from the PTA to candidates for the White House is rightly concerned with how to improve them. Indeed, this concern is a major part of our national conversation. And those who worry about our educational system often suggest that better instruction in these areas could help solve America’s economic, fiscal, and social problems, too.

Certainly, there are plenty of good reasons to boost our efforts in science and math. But we should not lose sight of the fact that there are other subjects in which we face a similar challenge. Regrettably, American students perform even worse when the topic is American history.

At first, this might seem somewhat less worrisome. But in fact, if our students are failing to learn the very basics about what it means to be American -- which is a condition for good citizenship -- this is at least as fundamental a challenge for our country as our students’ technical skills.

Our Declaration of Independence states, “all men are created equal, that they are endowed by our Creator with certain unalienable rights, that among these are life, liberty, and the pursuit of happiness.” To be American is to affirm these fundamental ideals. We need our students to learn, understand, and develop an appreciation for them.

Historically, America did a remarkable job of ensuring that new generations as well as new immigrants to the United States learned about American history and as a result, learned how to be American. But in recent decades, the collapse in American history education has caused our national memory to begin to slip away.

The lack of knowledge about our country’s past is at least as great a challenge as we face with science and math education, and recent results of a Department of Education National Assessment of Educational Progress survey suggest how significant that challenge is: Just 20 percent of fourth-graders, 17 percent of eighth-graders and 12 percent of twelfth-graders are at grade-level proficiency in American history. (These numbers are even lower than the percentage of students who are proficient in math nationwide.)

What does this mean? Only one in three fourth-graders can identify the purpose of the Declaration of Independence. Less than half understand why George Washington was an important leader in American history. And most fourth-graders don’t know why the Pilgrims left England.

These are alarming findings. They suggest that we’re letting our shared understanding of what it means to be American disappear. And they imply that part of fixing our educational system -- part of properly preparing our young people for adult life -- must include making students familiar with American history.

It is in this spirit that I have written a series of bestselling children’s books to help young people learn American history with Ellis the Elephant. In this series Ellis learns about American Exceptionalism, Colonial America, the American Revolution, westward expansion, and much more. In my latest book, Christmas in America, Ellis discovers the joy of Christmas and how this special holiday has been celebrated throughout our nation’s history.

Visits to historic sites like George Washington’s home at Mount Vernon or Independence Hall in Philadelphia are also wonderful ways to inspire a love for American history. And of course, interactive online courses, television programs like Liberty’s Kids, and educational games like Oregon Trail can teach important history lessons, too.

There are many things young people need to learn before they’re ready to accept the full responsibilities and privileges of life as an adult citizen, but surely what it means to be American is among the most important. To help pass on this history to the next generation of Americans is one of our schools’ most important tasks--and an obligation for each of us, as well.