The Man who Would Be God 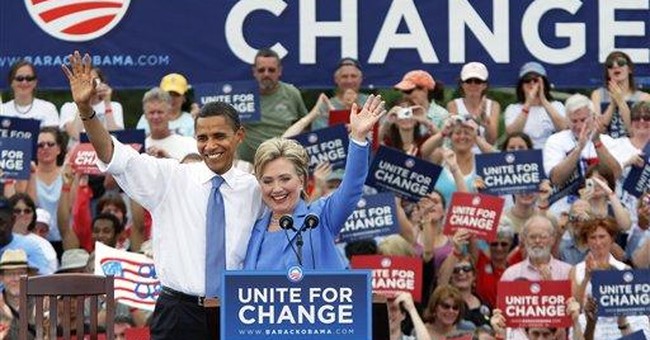 A while back, I heard Obama bragging about his first few months in the White House. When he claimed he had done as much in that period as any president in history, my initial thought was that for the first time in his life he was being modest. Frankly, I think he’s done more, much more, and I only wish that some of it had been good for America.

He’s taken over car companies, banks and lending institutions. He’s printed so much currency that he’s the envy of counterfeiters and con men everywhere. He’s buried the nation in so much debt that children born 40 years down the road will be greeted with a slap on the butt and a lien on future earnings. For good measure, the Community Organizer in Chief has created more czars than the Romanovs.

Still, we’re told, a majority of Americans like Obama. That would absolutely confound me if I wasn’t already aware that a lot of people think David Letterman, Jon Stewart and Bill Maher are funny.

But liberals are always, in the words of the Siamese king, a puzzlement. For instance, when I was five years old, my family still lived in Chicago. One day, I recall, a cousin came running up the stairs and pounded on the door to breathlessly announce that President Roosevelt was dead. The way my parents and older brothers reacted, you’d have thought the Nazis had just stormed ashore at Lake Michigan. My parents were grief-stricken. For the life of me, I couldn’t figure out why. I remember thinking how odd it was that my family was so sad over the death of someone who’d never even visited our apartment.

Well, of course that’s the way a child would think. But the truth is, I’m now 69 years old and I still can’t figure it out. To this day, FDR holds a warm spot in the hearts of most Jews for reasons I can’t begin to imagine. There is nothing in FDR’s record that shows he had positive feelings about Jews. Some people have even suggested that, with his patrician background, he probably had a negative attitude. But the fact remains that he refused to let the Jews aboard the St. Louis disembark, and instead forced the ship and its passengers to return to Europe, back into the hands of the Nazis. For good measure, FDR, although urged by many, also refused to bomb the railroad tracks leading to the concentration camps.

Although FDR’s apologists like to point out that there were a great many isolationists in and out of Congress who opposed our entry into World War II, the fact remains that in the end Hitler declared war on us and not the other way around.

I know many Jews who think that because Rahm Emanuel, a Jew, has Obama’s ear, it means Israel can rely on Obama’s better instincts. What they are ignoring is that Mr. Emanuel is a longtime veteran of Chicago politics, which means that power and influence are an end in themselves. And as every tyrant and left-winger will tell you, the ends justify the means. With friends like Obama and Emanuel, Israel doesn’t need any enemies, although God knows they have plenty.

For instance, when he jammed through the trillion-dollar pork pie, he claimed it was so urgently needed, he couldn’t spare the legislators even 48 hours to plow through the 1,100 pages. However, once they passed the bill, Obama waited four days before flying off to Denver to sign it.

Lately, there’s been a video making the rounds on the Internet showing one of Obama’s female bureaucrats being grilled by a congressional committee that was trying to find out where a couple of trillion dollars might have gone missing. I almost felt sorry for the lady as she shuffled her papers around, as if the money might be hiding between the pages. After six or seven minutes of this hilarious, but chilling, charade, I fully expected her to say her dog ate it.

A second lie that recently went unquestioned by the media was Obama’s claim that he had only given President Sarkozy short shrift when he was in France because it was essential that he get back to the Oval Office and make those tough decisions that only he can make. And, sure enough, it turned out that within an hour of his return to Washington, he was on the golf course, making one of those gut-wrenching executive decisions -- deciding whether to use a putter or a sand wedge from the edge of a bunker.