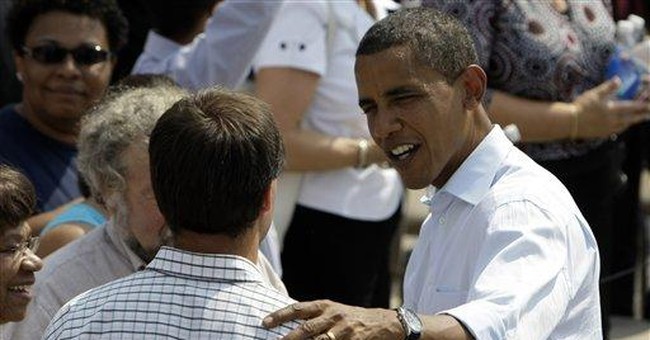 If at times, it is not easy to determine what a liberal is, it’s because during presidential election campaigns, politicians who have been voting like liberals, talking like liberals and boasting about their liberal credentials, suddenly insist that they’re really centrists as they go about trying to garner the votes of gullible Republicans and Independents. It’s rather like Michelle Obama trying to convince us that she’s just another stay-at-home mom who loves America and her kids, and in exactly that order.

Most of us on the right can spot a liberal a mile away, just as easily as experienced bird watchers can identify cuckoos, parrots and pigeons. But just in case you’re not as proficient at recognizing the odd ducks that populate the left, allow me to be your guide through the wilderness.

In America, more than 80% of African-American and Jewish voters can be safely assumed to favor liberals in any and all elections. The reason that poor blacks vote overwhelmingly for Democrats is because they have been told over and over again by plantation owners like Ted Kennedy, John Kerry and Hillary Clinton, that it’s only through the federal government’s largesse that they can manage to survive at all. I suppose even if an able-bodied person is told from childhood on that he lacks the ability to walk, let alone run, he will come to believe he needs a wheelchair or at least a pair of crutches.

Middle-class, church-attending, blacks often owe their unnatural allegiance to the party of George Wallace, Strom Thurmond and Robert Byrd, because they listen to their ministers. Political bribes are usually frowned upon, except when the Democrats act as bagmen for the black clergy. There is a reason, you know, why white politicians get to spend so much time in black churches at election time, in spite of their insistence that “separation of church and state” is writ large somewhere in the Constitution.

When it comes to Jews, the great majority of us are secular when it comes to religion, but religious when it comes to leftist politics. It isn’t a coincidence that Karl Marx, Leon Trotsky started out as Jews, and that 39 of 42 Jews currently serving in the House and Senate are left-wingers who, while disparaging Christian belief in Jesus as the messiah, have no problem whatsoever accepting Barack Obama in that role.

I happen to know a Jewish professor who lives in the Pacific Northwest. While he may not be typical, his mindset isn’t all that different from many of my fellow Jews. When George Bush was running for re-election in 2004, Professor Sandy sent me an e-mail in which he claimed that if Bush won, America would immediately begin building concentration camps for Jews, and he was glad he lived close to Canada and would be able to escape across the border.

Most liberals will tell you that they don’t hate America, they merely hate George Bush. But when you ask them why they hate him so much, they start yammering about the invasion of Iraq, even though all the Democratic bigwigs spent the 1990s calling for regime change, and later voted for the invasion. The left also hates Bush because of the Patriot Act. They insist it’s cost us many of our basic freedoms. But I have yet to ask a liberal to name a single freedom he had under Clinton that he doesn’t have today and received a coherent answer. Yet, even I can come up with one. Thanks to Jimmy Carter, who allowed the Islamic crazies to get a foothold in Iran by turning his back on the Shah, and Bill Clinton, who spared Osama bin Laden’s life on more than one occasion, I no longer have the freedom to arrive at an airport half an hour before boarding and expect to make my flight.

There is a good reason, though, that liberals are liberals. By and large, they are people who never fully mature and who go through life, like sullen teenagers, resenting figures of authority -- be they police officers, members of the military, teachers who believe in discipline and academic standards in the classroom – people, in short, who have rules and values. These folks started out by resenting their parents, assuming their parents were responsible adults and not aging hippies, the sort of parents who set curfews and expected good grades, parents who objected to their offspring boozing, shacking up and using drugs.

For years, we have all heard Hollywood’s most prominent left-wingers vow to leave America if we assorted racists, fascists and evil yokels, managed to elect a Republican president. And although Republicans have won five of the last seven presidential elections, and in spite of my standing offer to drive any and all of them to the airport, in all that time the only movie star who has left America except to make a movie or work on his tan is Johnny Depp, who moved to France. Sean Penn and Robin Williams did the next best thing. They moved to San Francisco.

One of the most annoying things about liberals is that when nightmarish events don’t take place as they predicted -- be they concentration camps for Jews, cataclysmic hurricanes or rising sea levels -- they never admit they were mistaken. They can’t even bring themselves to acknowledge that global warming was a hoax concocted by Al Gore; instead, they merely start squawking like a barnyard full of Chicken Littles about the intentionally vague phenomenon known as climate change.

In the meantime, Nancy Pelosi turns off the lights in the House so that Congress can’t vote for increased oil drilling. Then, to compound matters, she takes time off from her book tour to go on “Meet the Press” with liberal shill Tom Brokaw and explain that her personal financial investment in natural gas exploration was simply a means by which to wean Americans away from our dependence on hydrocarbons. Brokaw, either because he didn’t know or, more likely, had no intention of embarrassing Madame Speaker, neglected to point out that natural gas is a hydrocarbon!

By the way, in keeping with the times, I’m Burt Prelutsky and I approve this message.