Why Hillary Is Absolutely NOT Guilty

Bryan Crabtree
|
Posted: Jul 08, 2016 10:44 AM
Share   Tweet
The opinions expressed by columnists are their own and do not necessarily represent the views of Townhall.com. 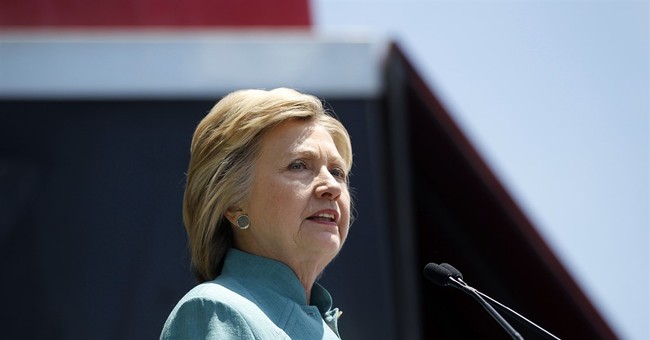 It's official. I've lost confidence in the integrity of our governmental system. After hearing FBI Director James Comey testify before Congress this week, it was very clear why Hillary Clinton is not guilty.

First, let's explain what was being investigated. The word ‘intent’ has been used many times to address the criminality in this case. The Inspector General referred a very specific investigation to the FBI. This investigation was strictly related to whether or not there was criminal intent by Hillary Clinton to leak classified information to individuals, regimes or foreign countries which did not have security clearances. The overwhelming majority of the country would agree that she did not develop her own email server to share state secrets with the enemy. So, she’s not guilty right?

In an exchange with Congressman Jason Chaffetz and director Comey, it was revealed that the FBI did not investigate whether Hillary Clinton used this private email server with the intent to avoid complying with the Freedom of Information Act. They did not look at perjurious comments to Congress. And, surprisingly, Comey would not answer any questions with regard to how the Clinton Foundation was or was not investigated.

If I didn't know better, I would take this as an inference that there might be some ongoing investigation into improper dealings of the Clinton foundation and how it intersected with the Hillary Clinton State Department.

This hearing made this email scandal less about Clinton’s obvious criminality and more revealing about where we have arrived as a nation.

Clinton allowed attorneys, IT professionals and/or private-sector individuals, without security clearances, both access and proximity to highly classified and secretive government security information. I don’t care if it was one document or 10,000. It was wrong!

I believe Hillary Clinton intended to violate the Freedom of Information Act – did perjure herself to Congress when she said she never sent or received classified emails - and did so to cover up the unscrupulous dealings of the Clinton Foundation likely selling access to our State Department in exchange for donations. However, none of this was investigated according to Comey.

There's only two explanations for this investigative failure. Either it was orchestrated as a ruse to bait Republicans into another Monica Lewinsky scandal which would distract us from the overall danger of a Hillary Clinton presidency or it represents the incompetence of leadership in our federal government to understand the world for which we now live.

You may call me naïve but I believe it's the latter not the former. For some time, I have believed that our federal government, security agencies and top federal officials have little knowledge of how our world intersects with technology. They don't understand how evil people use social media to disrupt our culture (ISIS, et. al) and they certainly don't have a grasp on how computers, smart phones and other Wi-Fi devices create a ‘wild-west’ for immoral, unethical and deviant behavior to thrive.

This empowers unscrupulous people to take advantage of others (or our entire nation) leaving no consequences for such behavior, because it does not ‘technically’ violate the law.

Combining the technological revolution with the social media revolution, we have created a plethora of gray areas that prevent the black-and-white mentality of government bureaucrats from being able to ascertain right from wrong. Technology is blurring ethics and reality and pushing us to a tipping point of failure as a nation. We are operating on a 1960s mentality in a 2016 world.

You have every right to be upset and shaken that our government cannot hold Clinton accountable because their investigation was such a narrow focus. You should be further upset that Bryan Pagliano both arranged and managed Clinton’s server containing classified information without a security clearance.

The most damaging impact on all of us is that many of our operatives and informants likely now live in fear that details about their affiliation with our government have been hacked and exposed. This destruction of credibility is likely to hamper - if not severely harm - our intelligence gathering operations for years to come.

Without meaningful accountability, this sets a precedent and a roadmap for how other US government officials can operate in the gray area of technology and cyberspace (hiding their real crimes) without being found guilty of some narrow-minded bureaucratic focus.

I have lost confidence in our government, not because Hillary Clinton won't be prosecuted, but because I am now convinced we are becoming a Banana Republic. Because of political polarization, no one is willing to do anything about it.

Clinton was careless and negligent with our national security and with her fiduciary responsibilities as Secretary of State. Unfortunately, I’ve previously bought the argument that she was ‘Crooked Hillary.’ I believe ‘Incompetent Hillary’ is a better fit.

At least that explanation makes me feel better because there's virtually zero chance she’ll be held accountable for the actual crimes of intent to deceive our country and break our laws that she committed.

I won’t be too hopeful that the new State Department investigation, launched after the hearing with Comey on Capitol Hill, will turn up anything ‘criminal’ in nature. After all, it’s only incompetence!