Why The Left Is Intellectually Bereft

Bruce Bialosky
|
Posted: Nov 11, 2018 12:01 AM
Share   Tweet
The opinions expressed by columnists are their own and do not necessarily represent the views of Townhall.com. 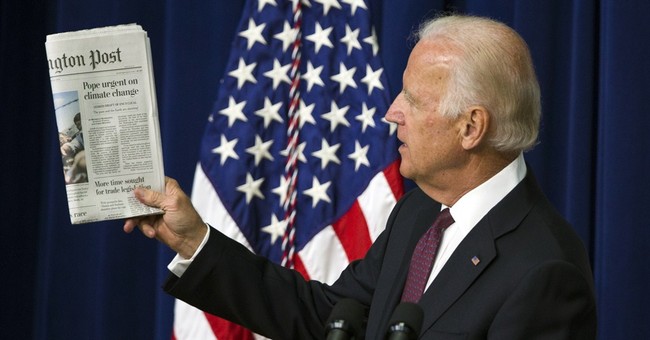 If you don’t like the Left, you can probably come up with many reasons you believe they don’t measure up in their intellectual capabilities, some of those may be questionable.  Over the years, the reason I have found most egregious and irrefutable rests with my involvement with this publication.

Recently, I was working on background for a panel discussion on California propositions prior to the election.  I found the director of the Public Policy Institute of California's Water Policy Center. PPIC is clearly a left-of-center think tank.  I was researching information for a proposition to commit another $8.89 BILLION in bonds for California water infrastructure.

When I got the director on the phone and introduced myself, she had no clue who I was (as expected).  I told her I was a columnist with Townhall.com.  She told me she had never heard of the publication.  This is par for the course.  Inevitably when I am trying to interview a Democrat politician and speak with them or their staff and tell them I am affiliated with Townhall.com, they are clueless.  And that is exactly what makes them clueless.  They have no desire to read anything outside their little domain.

They surely read the NYT and WaPo, the Los Angeles Times or Chicago Tribune, Slate or HuffPost or stoop to reading Daily Kos, but looking at Townhall or National Review would be beyond the pale.

When I started on Townhall.com ten years ago, I was proud to have gotten a slot. I was on a publication that as I described had every major center or right-of-center writer on it except George Will.   We had Krauthammer at the time and, of course, the master, Thomas Sowell.   We had Prager, Coulter, Elder, Jonah Goldberg, Walt Williams, Michael Barone and Byron York.  The list goes on.  If you wanted to know what Republicans and conservatives were thinking, all you had to do was get the Townhall.com daily distribution and it was all available there.

Things have changed since then, and only for the better.  Of course, Krauthammer is writing in heaven and Sowell is retired, but Townhall.com still has almost every columnist of worth in the same political realm.  New faces like my Sunday morning running mate Derek Hunter puts out a couple of columns a week.  Kurt Schlichter and Wayne Allyn Root have become very popular.  Mona Charen is a regular as well as Brent Bozell and David Harsanyi, a new favorite of mine.  I am sure you have some others you read regularly who you would throw in here.

It seems the Left can only complain about Fox News, Fox News, and more Fox News.  They don’t seem to be watching it because if they were they would see two homegrown Townhall.com stars on regularly:  Guy Benson and Katie Pavlich.  The reason they don’t know them is that The Left likes to complain about Fox News, but does not watch it.  Their only knowledge of it is the snippets CNN and MSNBC use to distort what is on the network.

The point is they live in an intellectual bubble.  They only see what they want to see and hear what they want to hear.  This was evidenced by a recent conversation my wife had with a few left-of-center folks when she invoked the term “shovel ready jobs.”  They had never heard the term. If this were an isolated incident then I would not address it here, but it is a constant one.  Listening to NPR and reading left-wing publications did not even educate them on President Obama’s favorite rhetoric.

Sometimes it seems like we lurch into this topic ad nauseum, but it cannot be discussed often enough.  The reason the Left adopts some of their failed policies is because they refuse to educate themselves beyond their little realm.  That does not mean it does not occur on the right, it is just that it is so frequent among their intellectual leaders.

Take for example people supporting Socialism.  How failed and murderous does a concept have to be before you abandon it?  If all you read is manipulated arguments for Socialism or the new silly one stating the reason it failed is because it was not fully implemented, then you come away with dangerous notions.   If you don’t read what a disaster the British health care system is for their people, then you actually believe single-payer (government-run) health care makes sense.  Renaming it “Medicare for All” defames the term ‘putting lipstick on a pig.’

If you wonder why, when you listen to a political leader or an acquaintance spew ridiculous notions of how public policy is run better when controlled by a central government with faceless bureaucrats, you now know why.   They may have college degrees and fancy titles, but they are the unwashed hordes.  Their complete lack of intellectual curiosity insults themselves and disqualifies them from having a voice of worthiness.

The only place where they are educated is in their self-induced coma.