Let’s Get Real on Ethics for the Trump Administration

Bruce Bialosky
|
Posted: Jan 15, 2017 12:01 AM
Share   Tweet
The opinions expressed by columnists are their own and do not necessarily represent the views of Townhall.com. 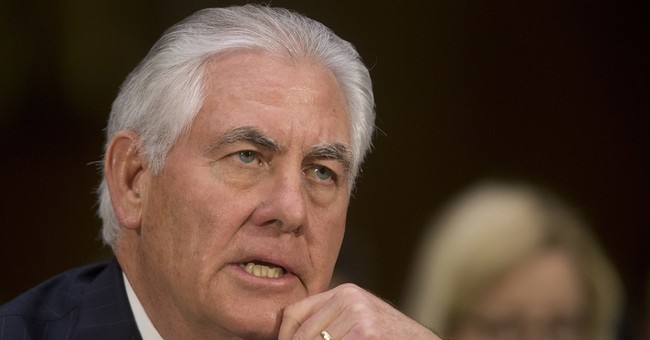 A wise soul who dabbles within the political arena advised me during a recent lunch that I should explore the idea of whether the Democrats are really interested in prosperity. I told him that the last eight years were prima facia evidence that they are not. If you are following the confirmation process for Trump appointees, you would have further evidence they have no clue.

Notice was served last week that some of the proposed cabinet members had not been properly vetted, yet the U.S. Senate was beginning confirmation hearings. Walter Shaub, director of the Office of Government Ethics, stated a few nominees have not filed the required documents, including financial disclosure reports. This has sent the Left into a tizzy.

If you go on the website of the Office of Government Ethics, you learn they work with 4,500 ethics officials spread over 130 agencies. You are probably thinking, 'why do we have so many agencies and why does each agency have an average of 35 people overseeing their employee’s ethics?'

Before anyone goes off the deep end, no one is suggesting we allow rampant corruption in government. We certainly do not want to be running a banana republic. But it depends on how you frame “corruption.” One way is a purchasing agent gets kickbacks from government suppliers. Another way is someone makes a decision over their area of purview and then goes to work for a company they oversee. A third way is too much government and crony capitalism happening.

Corruption happens when employees are not properly supervised or rotated in their responsibilities. Does anyone believe that is going on in our union-run federal government?

Hearing complaints about Trump appointees has Senate Majority Leader Mitch McConnell (R-KY) weighing in. Senator McConnell continues to point out that in 2009 most of Obama’s nominees were approved either on the first day or within the first week of his administration.

How did Mr. Obama’s people get approved so quickly when many of the same people are now questioning Mr. Trump’s people? It made no sense to me until I put all the facts together. If you review Mr. Obama’s appointees throughout his presidency, the people are almost all government wonks. If they were not previously employed for periods of time by the various governmental entities, they were lobbyists or working for news organizations.

Trump’s people for the most part are career non-governmental workers. They are what we used to refer to as “citizens” who gave up time from their careers to help the government. Then they go home. That concept has largely been lost in modern times. President-elect Trump is not taking any salary and hopefully people like Betsy DeVos, Wilbur Ross and Steve Mnuchin will likewise pass on their salaries and benefits.

Many anti-Trumpers question whether he can effectively run the government because he has no government experience. The same could be said for many of his appointees. That would mean that the only people qualified to run the government are career government employees. Thus, we would forever be controlled by these government apparatchiks who have next to no first-hand understanding of the free enterprise system they are supervising and the effects of their dictates upon all of us who participate in the system.

Could it be that the entire ethics process is rigged against people who have succeeded outside government from coming in and working for the government? We have seen some successful people from the private sector run for political office, but many eschew it. They don’t want the ridiculous negative scrutiny they get nor the prying into their financial affairs. Every government letter ever sent to them becomes a cause to question their ethics. Businesses today cannot avoid negative government actions against their businesses because there are too many government people attempting to justify their existence.

Take for example Rex Tillerson, who left ExxonMobil to go to work for us as Secretary of State. He owns a lot of stock in that company along with other investments. It is easy to put your net worth in a blind trust when all you have is your house, a few investments and your multiple government pensions. But it is a lot different when you have a boatload of money earned from a highly-successful career spanning 40 years.

My suspicion is that these “ethics” people are geared to analyze career government types because that is what their life is like. They don’t really “get” a successful guy like Tillerson or Andy Puzder, the nominee for Labor Secretary.

A perfect example was Schaub coming out against the Trump plan to separate himself from his business interests and focus on his presidency. Despite a comprehensive plan done by outside experts, Schaub called the plan “meaningless”. He said it is not meeting “the standards of every president for the last four decades.” And then Politico, which was whipping up this controversy, cited Norm Eisen, a buddy and classmate of Obama’s and a self-appointed ethics expert. Shockingly, Eisen does not like the plan.

The question remains which president in the last 40 years has a financial empire like Trump. Clinton certainly did not nor did Obama. George W. Bush had sold his interest in the Texas Rangers and only had limited, sophisticated investments. How can you hold Trump to the same standards as these people?

They must really be bewildered regarding someone like Wilbur Ross. He has investments in companies in multiple industries. I would not expect him to manage those investments nor would I expect him to divest himself from those investments. That would cost him millions of dollars and would cause future potential citizens from ever taking important government positions. Treating the successful people coming in the same way we treat a lifelong bureaucrat is a really stupid idea.

That does not mean we are naïve as to the fact that a wealthy person may wish to become more wealthy. They do it every day of the week. But they have been asked to work for us at great sacrifice. They have multiple talents that career politicos do not. They also bring a fresh perspective. Most everyone wants to shake things up a little in Washington. Most everyone is sick of their government workers being taken care of much better than the people paying the taxes. The only way to address this is bringing in fresh blood.

We should not let the ethics industry stop us from having qualified people from outside government come in and do some “remodeling.” Otherwise we are destined to be under the thumb of our own employees.