The Benefit of ISIS 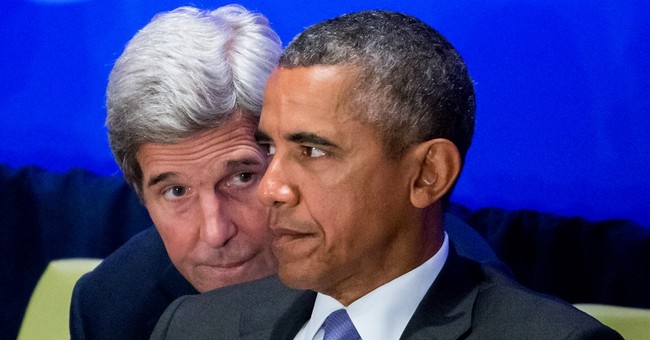 Most people reading that headline probably think what in God’s name could possibly be beneficial about a group of maniacs tearing up one of the most unstable areas of the world, while mass murdering thousands of people (mainly their co-religionists) in gruesome manners. Some of us live by the Spamalot song: Always Look On The Bright Side Of Life. In this case there are at least two direct benefits of ISIS.

The first and the most prominent is the complete dismantling of the idea that peace in the Middle East will come if only the Israelis will make peace with the Palestinians. This canard has been a mantra of anti-Israel arguments since 1948 when Israel was first recognized as a country by President Truman. The surrounding Arab nations attacked Israel, and an estimated 700,000 Arabs left the area that is now the State of Israel. The exodus occurred during the war that lasted from 1947 to 1949.

Since that time these Arabs, who adopted the name of Palestinians because the Jews were the real Palestinians, after the Jews chose the name of Israel for their new country. You all know this was just the beginning of the struggle between Israel and its Arab neighbors punctuated by the 1967 war, the 1973 war, the first and second Intifadas, and many more armed conflicts. Whichever American administration was in office focused on settling the Israeli-Palestinian conflict. This notably included the agreement between Israel and Egypt, and peace initiatives made by Presidents Clinton, Bush and finally Obama. The fact that Israel vacated Gaza 10 years ago did not dent the constant focus on resolving this supposedly fundamental issue.

Along comes ISIS, paired with the emergence of Iran as a regional power, and poof – the issue of the Palestinians and their homeland disappears from anyone’s mantra except for President (apparently for life since no new elections have been held) Mahmoud Abbas'. The recent incarnation of a budding Intifada is Abbas’ perverse effort to refocus the world’s attention and save his position.

Now that the Obama administration has acquiesced to Iran in the one-sided deal, they and their Democratic allies in Congress want to throw money and arms at the Israelis to appease the staunch supporters of one of America’s closest allies. No one seems to be putting any conditions on moving forward on a peace agreement before shipping more arms to the Israelis. Also, since many Arab countries are quietly cavorting with Israel to stop Iran, who wants to create a hegemony in the area, those countries have thrown the Palestinians over the side -- not that they actually cared about them in the first place.

The concern for the Palestinians was a charade, is a charade, will always be a charade. It was just a canard to use against the Israelis.

The second benefit is we now have gained clarity about those of us who are unwilling or incapable of confronting evil. ISIS is the definition of pure evil. Mass murderers in the past tried to hide their exploits. Hitler, Stalin, Mao and Pol Pot tried to keep their evil from being openly displayed to the world. They did their evil acts behind closed doors; i.e., hidden from view. Not ISIS. They proudly announce to the world when they burn someone alive or cut off peoples’ heads. They flaunt their acts of evil. They revel in them. That is why they are such pure evil.

But there are people who are unwilling to confront ISIS or do such by sparse means. They accommodate them. They attempt to co-exist with them for fear of the consequences of stopping them as opposed to the fear of ISIS continuing. That is why ISIS still rampages across the Middle East. If you are not willing to eradicate evil then you accept its existence. That is exactly what the leaders of the Western World are doing, led by President Obama.

Mouthing platitudes and falsifying reports of destruction done against ISIS only weakens the cause and defines the lack of will to destroy this evil. We have seen this movie before and the ending always turns out bad. Instead of a few hundred dead there becomes a few hundred thousand dead or a few million. When Hitler was not stopped while marching into the Sudetenland, he learned the French and British had no will to combat him. Thus he marched on, and a military action that would have cost maybe a few hundred lives turned into a world war that cost 100 million lives. But Hitler still partially obscured his evil from world view. ISIS does not and that is why the so-called leaders unwilling to confront it and destroy it are particularly insidious.

It is sad that the Iranians and Putin appear to be more anxious to confront the evil of ISIS than our weakling president and his effete secretary of state.

There you go – at least these mass murdering maniacs have given us some clarity about the world in which we live and hopefully some thoughts about how to change it going forward.