What Will AIPAC Do Now? 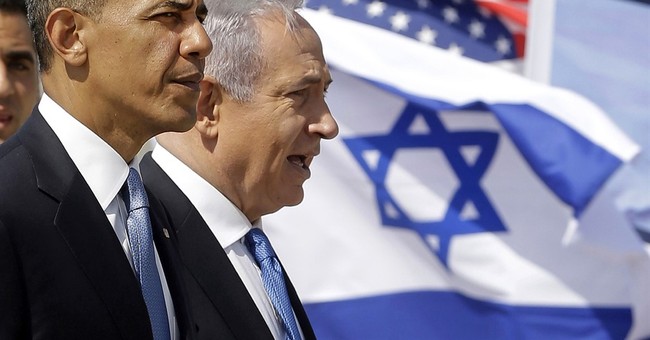 When Senator Barbara Mikulski (D-MD) became the 34th vote in favor of the Iran Deal, it was touted as sealing the support for the President Obama’s signature foreign policy initiative. It was fascinating for two reasons. First, that such a major policy was being adopted despite bi-partisan rejection. Second, the analysis started to flow of how the powerful lobbying organization, American Israel Public Affairs Committee (AIPAC), had lost such a major political battle. More importantly, what will AIPAC do now that the deal has been backhandedly approved?

Once the Iran deal was approved by the negotiators many supporters of Israel decided to attempt to thwart the adoption of it. Since President Obama refused to submit it as a treaty -- which would require a two-thirds vote in the U.S. Senate – I, like many other commentators, determined there would never be enough Democrats in the Senate to vote against the passage. Many organizations that support Israel organized to lobby to defeat the agreement, but none was as visible as AIPAC which coordinated a campaign backed by $40 million.

The battle ensued between the President, his allies and AIPAC and like-minded organizations. AIPAC summoned many of its top leaders to Washington for a high-level meeting and lobbying of Congress with an estimated 700 in attendance. During the planned time for lobbying Congress, the President invited AIPAC to the White House for a briefing. The organization saw right through it as a typical Alinskyesque move by Obama and his team. A non-authorized spokesperson from the organization spoke to Politico and told them “It wasn't a friendly White House invitation in my mind. Forget about ID'ing all 700 activists and donors on the White House visitor logs, I think the White House's main motivation was to hold the group up with security lines and long speeches from Administration officials so that we would have less time to lobby members of Congress. When AIPAC told the officials to come to the hotel instead, the White House asked for an additional Q&A period which would have further delayed us. AIPAC declined, citing lack of time, and so the White House then invited members of Congress to meet with the President that same day, conflicting with some previously scheduled AIPAC appointments."

Even before the non-defeat of the plan occurred by acceptance of enough Democratic senators, the effect upon AIPAC had been analyzed throughout the press. In a Washington Post column, a spokesperson for J Street, Dylan Williams, a left-wing group which claims it is supportive of Israel, stated “The lesson that lawmakers have learned from this experience is that right-leaning pro-Israel groups are not immortal. Blood can be drawn. And it is possible to stand and

say ‘no’ to them. And not suffer political consequences.”

That is the question going forward – will there be consequences? The first reaction was actually to start shifting blame for the loss to others with the initial target being Prime Minister Netanyahu. An official from AIPAC is quoted in the Times of Israel: “Netanyahu’s speech in Congress made the Iranian issue a partisan one,” the AIPAC official told Israel’s Walla news. This was immediately refuted by AIPAC’s spokesman Marshall Wittmann.”

This is a common political tactic – roll out an unnamed spokesperson and then a named spokesperson disavows the comment, but the damage is done already. A former AIPAC staff person confirmed my suspicions of the source of the anti-Netanyahu comment. The former staffer stated “There are three people authorized to speak to the press for AIPAC. Those three are the National President, currently Bob Cohen, Executive Director Howard Kohr and Marshall Wittmann. Any media outlet will quote what they say. It appears one of the three gave the Netanyuhu quote. Anyone else speaking to the press knows it is a fireable offense.”

Democrats in the Senate are already attempting to placate Israel by offering money. Senator Kirsten Gillibrand (D-NY) has taken the lead in this movement. She is somewhat on the hot seat coming from New York which has a large Jewish population, and she voted for the deal as opposed to her fellow New York Senator Charles Schumer.

The real test for AIPAC is whether they will take up arms against the incumbents who voted for the deal. AIPAC likes to say that “We have friends and potential friends.” Others have stated that AIPAC is in the incumbent protection racket as they don’t challenge incumbents they deem to be friends. But this is certainly the biggest vote any member of Congress has made regarding the survival of Israel. Many think that the members of Congress who voted for the deal did so because they believe they could do so with impunity.

AIPAC people will immediately disavow that they raise money for political campaigns which would impair their non-profit status. Their power comes from two sources. First, the huge annual meeting in Washington which has swollen to over 10,000 people who attend educational sessions, listen to world leaders, and then descend onto Capitol Hill to lobby for the current hot-button issues of the organization. Second, from the ability of their members to bundle political contributions for friendly candidates.

A perfect scenario for the organization will be the reelection campaign of Senator Michael Bennet (D-CO). He is the most vulnerable senator up in 2016 and he voted for the Iran deal. The former AIPAC staffer stated “He is a big target. The question is will they authorize money going to his Republican opponent, withhold money from him or continue supporting him despite his vote for the Iran deal.”

Tom Dine, former executive director of AIPAC and supporter of the Iran deal, wrote in Foreign Affairs that AIPAC should makes amends with the supporters of the deal like they did after AIPAC lost the AWACS vote in 1981. Facts have changed though. AIPAC is a much more powerful organization today. They have enemies. More importantly, would any major lobbying group make nice-nice with elected officials after losing such a symbolic issue. The NRA would not roll over neither would the insurance lobby. They would focus on defeating the people who voted against them.

We will soon see how real the strength of AIPAC is, especially with its enemies out for blood. If they don’t punish someone for their vote supporting the Iran deal, they risk being seen as a paper tiger where there are no consequences if you cross them especially on such a visible policy fight on which they took such a staunch stand. This could be a make it or break it time for AIPAC.

Just being placated with more money for Israel and running out to a microphone to take credit for that will not do the trick.