There Is Something Tawdry About It 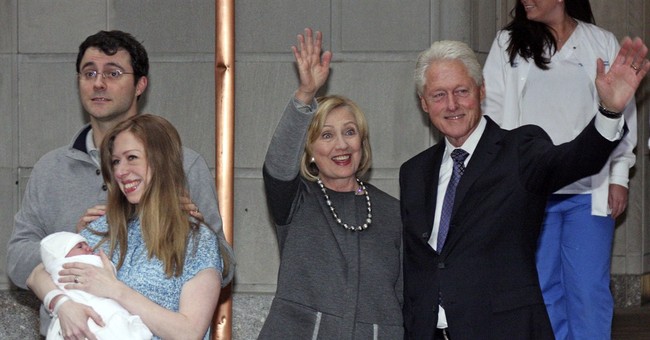 It just is unseemly. It is not just the Clintons, but the Clintons are the most visible purveyors of the activities. No one wants our ex-presidents or vice-presidents living in poverty, but we provide a nice pension and some really capable staff. Trading on your elected position after being in national office just seems so – tawdry.

Tawdry is much a term out of fashion, but befitting the situation. It is defined as “showy but cheap and of poor quality.” Unseemly, which is defined as “not proper or inappropriate” can also be used here. But neither term seems to fit the age in which we live. The Gabor sisters used to be our little bit of flash and ostentatiousness. Now it is the Kardashians or the Osbornes or the Housewives of pick- your-city. An entire channel – Bravo – is dedicated to this elicit minutiae. But should the people who hold our most honored offices lower themselves to similar levels?

There has developed of recent this ceremony of past presidents, vice-presidents and first ladies writing their memoirs. Book publishers throw huge dollars at these leaders and no one would begrudge them that. They certainly have a right to tell the story of their leadership experience from their point of view; and, if they are being paid significant money for that, no one really can state there is any quid pro quo in the process. That is purely a capitalist transaction where the publishing company thinks it will profit from the book sales. The obligatory tour for book signings cannot be questioned either.

But one has to cast a jaundiced eye at a former president or first lady getting paid $200,000 or $300,000 to deliver a 90-minute speech plus question-and-answer period. This is especially true when some of these fees are being paid through colleges where fees are soaring for the students, and commensurate levels of student debt are out of control. Extracting these funds even if offered is highly inappropriate. Would it not be more appropriate for a former president or first lady to provide these educational institutions speeches for free?

And really why do people want to pay Hillary Clinton these kind of sums? Sure she is the presumptive Democratic nominee for president, but last time she got creamed in the primaries by a person who had not even served out his first term in the senate. Yes, she was Secretary of State, but how much does that really warrant? If you combine that with how much her husband has raked in over the years since his presidency, they have received somewhere between $100-150 million just for “talking”, but who is really keeping track? One would have to believe these are life-changing communications for the attendees, but I cannot find any accounts of that. You have to think what would Milton Friedman, Peter Drucker, Sigmund Freud or Albert Einstein be worth in today’s speakers market.

Then you throw in that during these gabfests that new donors to the Clinton Foundation are mined. Certainly this foundation is doing some good. I reviewed their website and financial reports. But the stated amount of money that is considered programs versus management like travel and other others is gravely exaggerated as items that are considered program expense (I would never include these as such if I were doing their returns). Then there is the fact that they cannot even get a clean audit form their auditor or file their returns on time as required for every other non-profit. And now they have admitted “omitting” information in prior returns. In addition, the premier charity rating service cannot even rate the foundation due to lack of appropriate information. Then there is the questionable nature of many of the contributors. Only a simpleton would choose to ignore whether some of these benefactors were not seeking something in return. It is particularly questionable that the foundation was collecting from foreign entities while Mrs. Clinton was secretary of state.

This was all so unnecessary. Why did the Clintons line their own pockets with these outsized speaking fees? Why did they have to form their own foundation? Could they not have joined forces with The Bill and Melinda Gates Foundation? After all, Warren Buffett --who everybody keeps telling me is the smartest guy around -- gave all his money to Gates because he saw it was doing well for others. Many of the Clinton missions overlap and are in the same geographic areas. It certainly would have kept any suspicion of conflict of interest out of the discussion. Or what if they would have become the spokespeople for the American Red Cross? They do some good work.

Instead what we now have are two people who look like they are lining their own pockets and selling influence. Bill and Hillary cannot see that their flying around in private jets, staying at five-star hotels and driving in limos does not really give the impression of a benevolent operation. Having the headquarters of their foundation in one of the most expensive locations in the U.S. does not lead one to believe they are getting down in the dirt and helping people in need. Having confabs in expensive locations does not seem charitable. Hobnobbing with leaders from questionable regimes does not faze them. Taking a $500,000 speaking fee from a Russian related to this uranium deal reeks to no end.