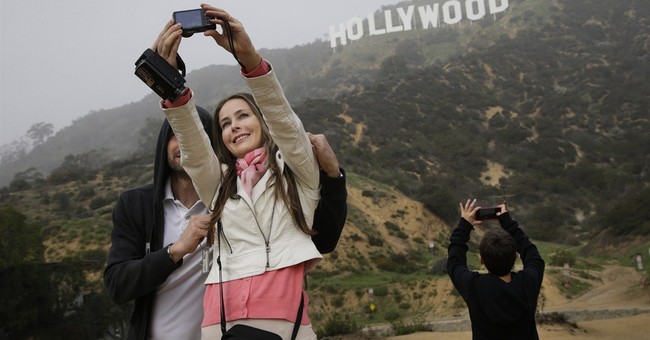 The grandest day of the year for Hollywood is upon us. Nominees are brushing up on their impromptu acceptance speeches, starlets are checking that they can still squeeze into their designer dresses, and limo drivers are hoping they are driving winners so they can receive extra-large tips. What we will not be on display is the dearth of women in key positions among the Hollywood elite. Is Hollywood sexist?

There were questions swirling because of some women not being included in the director category. In a particular year that may or may not be a question based on the merit of the individual and the movie she made. What is not in question is whether women are making advancements throughout Hollywood.

Even though women have advanced in most career roles, they have barely budged over the last 16 years in Hollywood. Of the major positions in Hollywood – directors, producers, executive producers, editors and cinematographers – women occupy only 17 percent of those positions in the 250 highest-grossing films despite more and more women working in Hollywood.

The disparity often begins with who writes the scripts. When there are no female writers on the movie, 39 percent of the characters are females. In movies where women are writers there are 7 percent more female characters (46 percent). There seems to be an inherent gender slant.

All of this information comes from a study done by the Center for the Study of Women in Television and Film at San Diego State University. Its director, Dr. Martha M. Lauzen, stated “The issue of women’s under-representation has been treated as a ‘women’s issue.’ As a result, when journalists speak with studio heads and executives, they tend to only ask women, such as Amy Pascal at Sony or Donna Langley at Universal, about the lack of women directors. Men comprise the majority of studio executives. If the status of women’s employment is ever going to change, the male majority will need to lead the way.”

Amy Pascal, the now former Co-Chairmen of Sony Pictures Entertainment, became world famous after the hacking of her studio by North Korean sources. She had an exchange of emails with Producer Scott Rudin about President Obama that were branded by many as racist. The real revelation from the hack was about her lonely position as a woman at the company. The hackers released the list of the top 30 executives and their pay. Ms. Pascal was the only woman on the list. Ms. Pascal has been a high-level executive in the entertainment business for at least 20 years and at the top of Sony since 2006. Yet, she could not find one woman to bring along to a top level executive position at the company? That in itself is suspect.

Somehow the representation of women in key positions is higher in television production than in these movies. In the recent television season of 2013-2014, women occupied 27 percent of the leadership positions in the production area. Could it be that this is forced upon the industry by advertisers which have a say on what they back versus major motion pictures? There is a perception that we are going through a second “Golden Age of Television,” where women are being more represented than in major movie releases. This is concurrent with many people thinking film has hit a critical low with an absence of creativity and big-budget films being based on inane franchises.

This is just another example of Hollywood talking out of both sides of their mouths. They will run to fundraisers for Hillary, but actually giving the best jobs in their industry to women – forget about it. They support and fund candidates who talk about taking care of the common man while they move their services to whichever state or country they can whore themselves to – let the union grips and gaffers be damned. They vote for politicians who want to raise tax rates, but make backroom deals with those politicians once elected to cut their own tax burdens. Now we can confirm they are just sexist pigs – shocking!

If women can get almost 50 percent of the degrees to become doctors and lawyers they certainly can run the junk Hollywood is putting out. Maybe they might even make a few better movies with real characters and real stories. Now, ladies, go squeeze into that dress and smile for the camera.