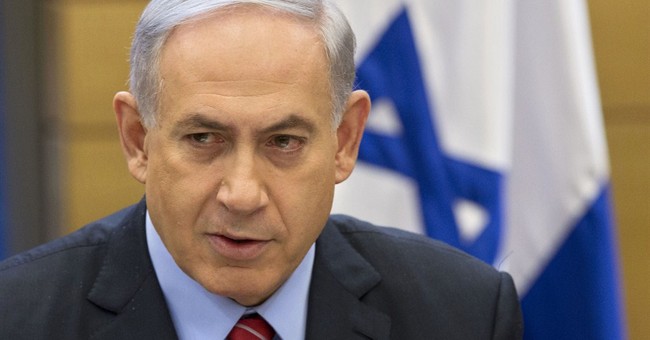 Hard to miss the recently kerfuffle over the fact that the Speaker of the House, John Boehner, invited the Prime Minister of Israel, Benjamin Netanyahu, to speak to a joint session of Congress. This happened immediately after President Obama’s State of the Union speech where many thought he skirted over the crisis with Iran. The problem is almost all of the analysis has missed the point.

It begins with trying to understand why Speaker Boehner gave the White House only a half-day notice of the invitation. In what was disclosed by the Washington Post, the Speaker previously had been left hanging by the White House. Soon after becoming Speaker in 2011, Boehner had gone through “proper channels” to invite Prime Minister Netanyahu to speak to Congress. Boehner’s chief of staff, Barry Jackson, checked with Obama’s chief advisers. Jackson stated he was left hanging for a month with no response from Obama.

The facts do not seem to be in dispute. As confirmed in Politico, Thomas Donilon, who was Obama’s national security advisor in 2011, recalls Jackson’s call to him. Donilon stated “The Speaker’s office did notify us. I indicated it was their decision. I appreciated them checking with us, but it was our view it was their decision. I don’t think we gave them a judgment one way or the other.”

Then what is in question? Maybe whether there was a response to the first time there was an invitation. And why is there all this hand-wringing about whether Netanyahu should have accepted the invite or the protocol surrounding it?

All of a sudden the foreign policy of this country is only the purview of the executive branch. That is just plain silly. My 25 year-old son figured out the disingenuousness of that position. He quizzed me “What was the main credential that was touted for Senator Joe Biden being chosen as Vice-President by Obama? His foreign policy experience.” My reply was “Wasn’t that the same reason Senator John Kerry was chosen as Secretary of State?” He then said “What about all those people on the Senate Committee on Foreign Relations?” To which I said “If Congress has no say on foreign relations, we could save hundreds of millions of dollars from those Congressional members flying around the globe meeting with all those foreign leaders.”

One might say this could have been handled better by Speaker Boehner. But after being dissed by the Administration the first time he invited Netanyahu, it appears that Boehner might have been acting like a gentleman by not calling President Obama on how he handled the first invite. Think about it. The Speaker of the House of Representatives, the person third in line to the Presidency, politely asks to invite the leader of one of our closest allies to speak to Congress and Obama and his staff cannot give them an answer. What hubris.

Here is what should have happened after Boehner announced the invitation. The Administration should have stated they were not consulted on the invite, but they are delighted that the elected leader of our closest ally in a pivotal region of the world was coming to speak to Congress. Then they should have said that they would work with Speaker Boehner and Prime Minister Netanyahu to coordinate a time that President Obama and the Prime Minister could have a face-to-face meeting to further the mutual interests of our two countries.

Instead the Administration pissed and moaned. They decried both the Speaker and the Prime Minister. You would think Boehner had invited Kim Jung Un to address Congress. Just ask yourself, would the Administration had protested if Boehner had invited King Salman, the new king of Saudi Arabia, to address Congress? Would they have yelped about an invitation extended to King Abdullah II of Jordan? How about if Boehner had invited Prime Minister Cameron of Great Britain? The answer is quite obviously they would have applauded such an act even if they felt they were not provided proper deference.

In 1991, the great William F. Buckley took an entire issue of National Review (40,000 words) and wrote a treatise on the actions of Pat Buchanan. In it he analyzed Buchanan’s outsized focus on the activities of Israel. Buckley stated "I find it impossible to defend Pat Buchanan against the charge that what he did and said during the period under examination amounted to anti-Semitism.”

After watching this Administration for six years, I can only come to the same conclusion about President Obama.