The Devil is There 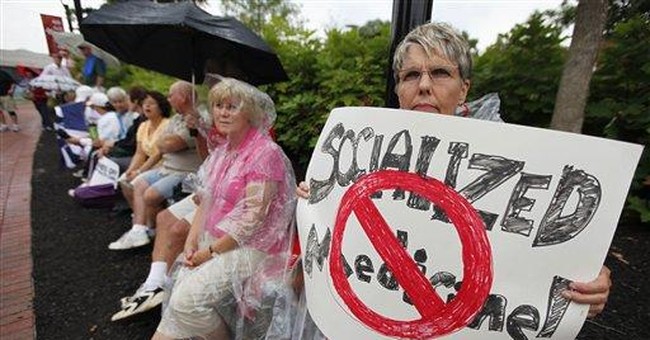 “The Devil is in the details” has described matters for as long as we all have been alive. The various attributions of the phrase go back almost 200 years and are believed to have started with the statement that “the Good God” is in the details. This phrase remains particularly relevant in today’s complex society. Following are three examples where details really matter.

1) While recently reviewing the California budget compromise I found a small clause that no one was talking about. This clause states that the State Board of Equalization is going to register all businesses in California generating more than $100,000 in revenue, even if they are not retailers. I wrote an article for a California publication, but no one in the legislature picked up this point, much less questioned it. The Orange County Register saw my article and wrote an editorial on this new procedure. This did not stop the clause from being included in the final draft of the budget.

The State Board of Equalization will soon be sending notices to hundreds of thousands of businesses requiring them to register with the state for the supposed purpose of reporting sales tax of on-line and out-of-state purchases. This is just the first step toward spreading the sales tax to fee-based businesses like architects, lawyers and gardeners.

2) Congress passed a broad-based financial industry bill that was signed by President Clinton in 2000. That bill authorized some procedures that had been banned since the stock market crash of 1907. A small clause in an obscure bill called the Commodities Futures Modernization Act of 2000 outlawed the states from regulating existing gambling and bucket-shop laws against Wall Street. The bill also removed federal oversight of credit default swaps and derivatives. The bill was passed on the last day of the lame duck Congress in 2000. This minor piece of legislation that was barely reviewed by Congress was central to the market downfall of 2007-08 and the credit crisis of 2008.

3) In 2001, the Congress passed and President Bush signed the McCain–Feingold Election Finance Reform Bill. This was supposed to deal a deathblow to political action committees (PACs). However, there was a new clause in the bill that led to the creation of 527 groups. The “527” refers to the number of the Internal Revenue Code section under which these organizations were created. Neither the Federal Election Commission nor state election commissions regulate the groups, nor do they have contribution limits. These organizations are not supposed to contribute directly to an election or candidate, but without oversight the problem was created. This unintended action created Moveon.org and the Swift Boat Veterans and became the talk of the 2004 election cycle. No one worried about PAC’s any longer as the 527 groups found in a small clause of the election reform opened up the process for much larger contributions.

These three examples clarify what can happen when a legislature passes a broad-based bill that the legislators neither read nor comprehend. That is the crux of the problem with the various health care bills under consideration. They may have some aspects that would greatly improve the health insurance market, but there are so many clauses that no one understands that there is immense danger in the bills. Any bill written in legalese gobbledygook running over 1,000 pages will and should scare the American people.

Democrats have been distributing through the Internet a statement espousing the good qualities of the bills that exist. Included among the eight points is the end of insurance dropping for the seriously ill, discrimination against those with pre-existing conditions and elimination of annual and lifetime caps on coverage. The fact that you may agree with all eight points does not offset the fact that those clauses are insignificant compared to other aspects of the bill.

President Obama can deliver all the speeches he wants to Congress, but the fact remains that he cannot clarify a 1,000 page bill that will change a major aspect of every American’s life. While recently reviewing the speech at the beginning of Mr. Obama’s July 22nd press conference, it remains clear he does not have a grasp of what is in the bill. A perfect example is his reference to the fact that this bill creates “portability.” Portability allows you to take your insurance with you if you leave your job and go to another. The Republicans have been proposing this for ages. It is in the Republican proposal currently in Congress that is being ignored by Henry Waxman and Nancy Pelosi. Nowhere have I read that the bills in Congress include portability, but Obama cited it in his comments. He also cited again in his speech to Congress this past week.

“The devil is in the details” has become such an important part of our lives because we have become such a legalistic society. The concern permeates every aspect of our lives as we are confronted with signing a contract for most everything we do. Anytime you sign on to use a piece of software you have to agree to a long, incoherent contract that very few actually read.

Health insurance reform focuses us on a much more central portion of our lives than a software contract over the Internet. We need to know what these bills contain and, more importantly, so do our elected officials. Pushing these bills through Congress without adequate time for the public or others to read them will not work. This is truly a life and death matter. We cannot tolerate more mistakes that Congress has made in the past as shown above. People will die and Congress will do its usual finger pointing without accepting responsibility. The current bills should be dumped and something that the American people can grasp should be presented for consideration.