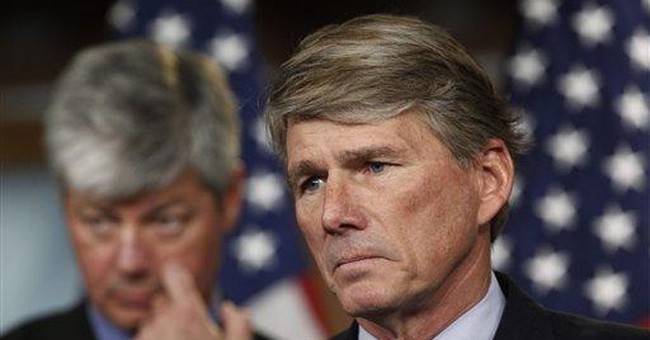 This November, voters in Mississippi’s Fourth Congressional District have a prime opportunity to take back a Republican seat in this traditionally conservative district. For the past seven years, the Fourth has been held by Democrat Gene Taylor, who, despite the region’s reputation as a Republican stronghold, has managed to maintain his grip on this district. This fall, Taylor faces off against popular Republican state Rep. Steven Palazzo—putting Republicans in the perfect position to take Mississippi’s Fourth on Election Day.

Covering the southeastern region of the state, Mississippi’s Fourth is rated by the Cook Voting Index as R+22, making it one of the two most Republican districts in the nation currently held by a Democrat. Extending across the coastal southern edge of Mississippi from the Louisiana border to the Alabama border, the district spans fifteen counties in total. It also includes three of Mississippi’s most heavily populated cities: Gulfport, Biloxi, and Hattiesburg. Showing a Republican voting trend in both of the last presidential elections, George W. Bush swept this district with 68% of the vote in 2004, while John McCain won with 67% of the vote in 2008.

Unlike the past two election cycles, Taylor faces an electorate that is fed up with what his party is doing in Washington. By casting his vote for Nancy Pelosi, Taylor ushered in Pelosi’s reckless liberal agenda that is killing jobs and ruining the economy. Supporting Pelosi and other Democrats like Barney Frank of Massachusetts proves Taylor is a Blue Dog in name only. Further confirming that Taylor has lost touch with his conservative constituents is the fact that 70% of Taylor’s political donations come from out-of-state committees. Failing to represent his voters and tarnished by his support for the Pelosi agenda, 2010 is the time to retire Gene Taylor.

Stepping up to the plate to take down Taylor is state Rep. Steven Palazzo. He learned the value of public service early, enlisting in the Marine Corps Reserves in 1988 and spending time in Saudi Arabia and Kuwait while serving in the Gulf War. Today, Steve still serves in the MS National Guard and recently spent a year supporting Operation Iraqi Freedom. Rising from a modest middle class upbringing to become a leader in the business community, Palazzo knows the value of hard work--and a dollar. His knowledge of the corporate world as well as his military experience set Palazzo above the competition. He will fight to promote job creation, free market principles, limited government, and fewer taxes for small businesses.

Enrolled in the National Republican Congressional Committee’s Young Guns program, Steven Palazzo is the perfect candidate to represent Mississippi’s Fourth District voters. He will represent “Mississippi values”—God, family and country—and bring fiscal responsibility back to Washington. Steve and his wife, Lisa are the proud parents of three young children.

I hope you’ll take a few minutes to learn about Steven on his website, and become a fan on Facebook to stay updated with the latest news and information from his campaign.