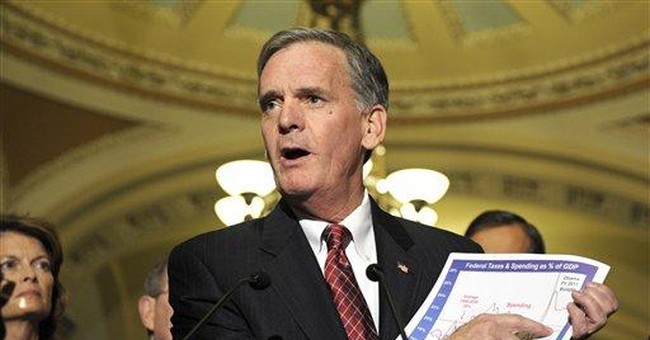 Just when you think that the Democrats' Health Care Bill is dead . it rises from the grave like a zombie propelled by the sheer will of liberals in Washington who think they alone know what's best for the American people. President Obama today ordered Congress to pass the Health Care Bill in the next two weeks so that it can be written into law by a strategy called "reconciliation". The promise of bipartisanship has faded. Now, the bill will pass without Republican support.

While the Democrats in the House are busy lining up their votes, one wonders if any will take the time to read the more than 2,000 page monstrosity. In the meantime, the American people are left to question what the role of government should be on health care.

Everyone in this country wants better and more affordable health care made available to a larger number of people. Those in this debate are not arguing about whether more people should be insured, the debate is about how to increase coverage for more people. The Democrats make it seem like our choice is between the current, albeit imperfect system, and radical reform. This is not true. As we saw in the last election, voting for change doesn't necessarily get you the kind of change you want. Sometimes a change can be a change for the worse.

The federal mandate to purchase health insurance has been part of this bill for several months. However, President Obama recently pegged the penalty to not comply with the mandate at 2.5% of annual income. The problem is the mandate. The mandate exists to force people to purchase the amount and type of insurance favored by the federal government. The decision about what kind of health care you want to buy - or if you want to buy it - is fundamentally the same kind of decision as where you want to live or where you want to work: a private matter that is related to fundamental values about how you want to live your life. A mandate of this kind is a substantial infringement on your individual freedom.

Mandating universal health coverage and making the government the ultimate provider of health insurance takes our private choices about lifestyle, health, and medicine and turns them into public, social choices. Whether you eat donuts or hamburgers or get a check-up so many times a year is no longer a choice about your life, but rather a public, political choice about how politicians will control the distribution of resources in society. Since we'll all be tied together through a social health care system, you will no longer make private decisions about your lifestyle. This is a scary prospect. We don't want to live in a society where a National Health Director can decide that it is verboten to eat Krispy Kreme donuts because those who do have become a social liability.

This Health Care debate is about the American Dream. It is about the personal decisions each of us make every day as we live our own, respective lives. It is time to dare to dream again about an America that celebrates and protects the freedom to live your life based on what you think is best, not what a gaggle of Washington politicians believe.