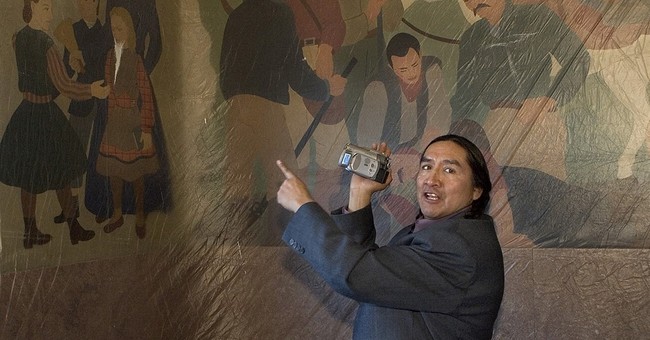 It goes without saying our history with Native Americans is not our nation’s finest hour.

About a quarter of Native Americans live in poverty – the overall rate is about 14 percent. Their rates of alcoholism in particular and drug and alcohol abuse in general are significantly higher than the population at large, and their educational attainment, life expectancy and income levels significantly lower.

Over the last century, they have become immigrants in their own countries – shuffled into reservations that amount to refugee camps and which only concentrate the problems of poverty and substance abuse.

In recent years, tribal leadership has tried to integrate their reservations and nations into society overall and the economy specifically. The first forays have come in areas traditionally worked by immigrant groups staking their economic claims, such as entertainment and capital resources. Casinos serve both functions; payday lending, another prominent income stream for tribes, serves the latter.

Out West, the Crow Nation, headquartered in Montana, is attempting to take things in a new direction. It has entered into a deal to build the Gateway Pacific Terminal at Cherry Point in Whatcom County in northern Washington state – not far from the state’s largest oil refinery.

The county issued a permit for “substantial shoreline development” in 1997, but changes to the size and scope of the project necessitated another round of environmental impact statements. Today, the U.S. Army Corps of Engineers, the Washington state Department of Ecology and the county are jointly assessing the environmental impact of the project, which would enable the export of 54 million tons of dry bulk products per year – mostly coal.

Public comment periods have accompanied every stage of this review since it began in 2012, and more than 100,000 stakeholder comments have been produced. Yet another opportunity for public comment will occur when the Environmental Impact Statement is produced in 2016.

Now, another tribe, the Lummi Nation, seeks to stall the process indefinitely. Leaders and others appeared at a sparsely attended rally two blocks from the White House last week asking Congress to order the Corps to delay the study still further. The Corps is said to be considering the request, and the Crow and its co-investors in the Gateway project have stepped up to oppose any further delays.

Crow officials point to the 9,100 jobs that will be created in the construction phase of the project and the 2,100 permanent jobs, with an annual payroll of more than $150 million, and $1.5 billion in promised private investment that would follow. Crow tribal chairman Darrin Old Coyote says this project is “quite literally, the difference between potential prosperity for the Crow people and dire poverty.”

The Lummi say they are acting out of concern for their tribal rights and possible environmental damage to what they consider tribal lands. But sorting out tribal claims is part of the Corps of Engineers review.

They say they’ve “concluded that the impacts of significant increases in rail and vessel transportation cannot be mitigated to any level that would protect tribal treaty rights.” That’s also part of the Corps’ review.

But they’re not shy about admitting there is more to this than concern for tribal lands.

“We’re taking a united stand against corporate interests that interfere with our treaty-protected rights,” Tim Ballew II, chairman of the Lummi Indian Business Council, said at the Washington, D.C., rally. “Tribes across the nation and world are facing challenges from corporations that are set on development at any cost to our communities.”

Why would corporations being set on development that involves tribes be a “challenge?”

On one reservation in nearby Montana, unemployment for working-age men is 69 percent. Alcoholism rates are twice the national average, and fetal alcohol syndrome is four times the rate of the rest of the country. A corporation offering good-paying jobs would not be considered a challenge to most of these people. Building trades in the area have suffered unemployment as high as 40 percent the last three years – those workers certainly are not complaining.

But they’re not. They’re throwing sand in the gears. They’re trying to game the system, although all indications are the system is working as planned.