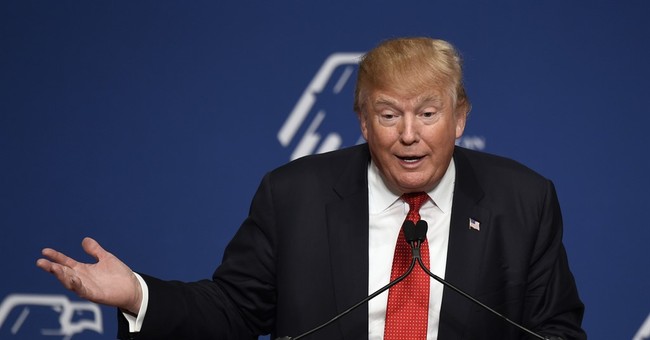 First of all, let me issue a note to all readers of this column. Don’t be fooled by the title of the column. It is not a retrospective piece centering on Martin Dies, the Texas Democrat, and anti-Communist stalwart who earned the gratitude of all Americans when he chaired the late House Committee on Un-American Activities back in the 1939-45 era. That is a different subject for a different column. The “Un-Americanism” we will discuss here is the tag that has been recently applied to Donald Trump, the Republican presidential aspirant and billionaire, respectively. Much ink has been spilled, many tears shed, and many oaths uttered over the last few days concerning Trump’s proposal that all Muslim immigration to America should be banned immediately in the wake of the tragedies in Paris on November 13th, and closer to home in San Bernardino, California last week. The chattering classes in the major media are beside themselves, the self-appointed spokespeople for Muslim Americans are calling for legal action, and Trump’s rivals in the GOP presidential race are quickly trying to disassociate the Party from the bombastic candidate. The general means of addressing this current tempest is to state that Trump has stepped over a line, and that his proposal is somehow, for lack of a better, term “Un-American”. We will revisit this in a moment. Now, however, we must point out that there may be many good reasons to oppose the Trump position on this issue, but the charge that it is at odds with the American tradition is based on a faulty knowledge of history and cannot go unchallenged.

As we said in the previous paragraph Donald Trump, the colorful, headline-seeking billionaire who has recently turned politician stated last week that the USA should suspend, at least temporarily, all Muslim immigration to the country in light of the terrorist dangers posed by Islamic extremism. Much of the reaction has been predictable. The usual suspects at CNN, MSNBC, the three major networks, and the prestige print media have affected horror at Trump’s comments, all the while thanking their lucky stars that he has given them something to write about. The major media, of course, dredged up their old attack line, comparing Trump to Hitler and to the Ku Klux Klan, and, they all shook their heads sadly when saying that the modern Republican Party from Ronald Reagan forward has always leaned in this direction and now they have a leader who says what they all believe.

The somewhat surprising development (but only “somewhat”) is that the GOP has joined in the chorus. Certainly Hillary Clinton and Bernie Sanders blasted Trump, as expected, and as Party loyalty dictated. What was surprising, however, was the official Republican response to Trump’s proposal. Florida Senator Marco Rubio called the plan “…offensive and outlandish.” Chris Christie, the New Jersey governor, said it was “ridiculous”, and Ted Cruz, the suddenly surging Republican candidate and Texas senator has stated that he “disagrees with Mr. Trump.” The recently elected House Speaker, Paul Ryan of Wisconsin, has set the new line of attack by stating that Trump’s proposal represents a radical break with American tradition, and “…that’s not who we are.” Since this seemed to offer a promising avenue to attack the Trump idea, many media types, politicians, and newspaper bloviators have hopped on the bandwagon. Voila, a new media narrative has been born!

Still, when one investigates this claim using the long view of history as one’s guide, an observer has to admit that this charge is largely without merit. Immigration has been a constant throughout much of American history, but immigration has also been a perennial political battle, as well. The Founding generation did not accept the idea that immigration was an unquestioned good, with Benjamin Franklin offering the most informed and trenchant criticism. The issue became overtly political when the Adams Administration pushed a change in citizenship laws through Congress, hoping to keep pro-Jefferson refugees from Ireland off of the voting rolls. The next fifty years brought many more battles of the same type as the arrival of massive numbers of Irish Catholics worried the nativists in the North; the arrival of many Germans worried others. The Germans were radical in their Proto-socialist politics which worried the Jacksonian free market devotees. The Germans were abolitionists in their attitudes to slavery, which worried the Planter class. They were intemperate in their drinking habits which worried everyone else. A political party, the American Party, popularly referred to as the “Know-Nothing” Party made opposition to immigration their operating credo in the early 1850s.

There also exists precedent for singling out certain ethnic groups for special scrutiny, and restriction. While this flies in the face of all modern liberal certitudes, it is not inconsistent with American tradition. In response to rising anti-Chinese sentiment on the west coast, based on the fear that Chinese laborers depressed general wages and working conditions, the US government negotiated a treaty, popularly known as the Chinese Exclusion Act, which banned the immigration of Chinese laborers to the USA in 1869. This law existed, in various incarnations, until 1943. (Theodore Roosevelt informally negotiated another such “Gentleman’s Agreement” with Japan in 1908).

As we moved to modern times, the US. Government always reserved the right to reject prospective immigrants at Ellis Island for any reason. Usually such a rejection was based upon disease, a criminal record, or evidence of political radicalism on the part of those seeking admission. The 1924 Immigration Act openly favored Northern and Western Europeans, and correspondingly discriminated against Southern and Eastern Europeans who sought entry into the USA. So, the discerning reader can see that the USA has always determined who they would accept and/ or not accept as immigrants to the country. The current boom in Third World immigration, including Muslims, to America is a result of the 1965 Immigration Bill, pushed through by Bonnie Prince Edward, of the Kennedy ruling family, who decided that the nation must undergo an ethnic facelift. Still, this does not challenge the fact that the politicians have routinely used immigration laws to allow those immigrants they want and to disallow those they do not want into the country. Trump is merely proposing the same thing, on a larger scale.

Certainly, there are valid reasons to subject the Trump proposal to strict scrutiny, and yes, there are reasons that conservatives could employ to reject the idea entirely. It is not, however, a suggestion totally at odds with the American tradition as the critics passionately argue. They would do well to study a bit of American history and turn down the temperature somewhat. In such a bitter argument both sides would be better off with more light and less heat.