Zeroing in on Facebook's Anti-Conservative Tilt

Brent Bozell and Tim Graham
|
Posted: Apr 13, 2018 12:01 AM
Share   Tweet
The opinions expressed by columnists are their own and do not necessarily represent the views of Townhall.com. 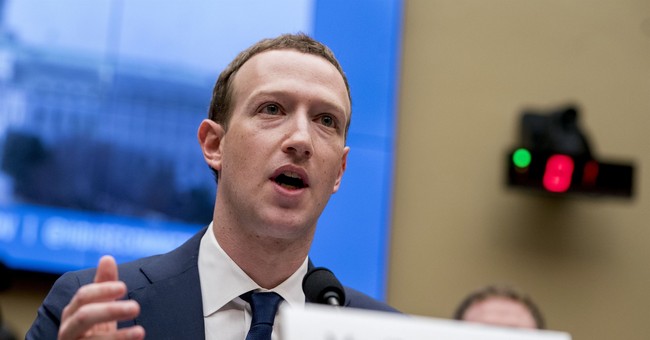 Two days of congressional hearings with Facebook founder Mark Zuckerberg underlined how American perceptions of media power are changing. After 2012, Democrats and their media allies oozed over the way former President Barack Obama's brilliant strategists changed the face of campaigning through Facebook. But in 2016, Donald Trump was elected, and Facebook became a malignant ghetto of "fake news" and inappropriate election manipulation.

Congress is justified in asking how Facebook's massive popularity could also lead to massive violations of privacy and, potentially, international manipulation in our political process. But there is more to discuss, questions of bias and censorship that the left doesn't want to cover, and for good reason. It's guilty of that.

Several Republican senators underlined conservatives' fears about what Facebook is becoming now that it's under pressure from leftist elites to ban free speech. Sen. Ben Sasse asked Zuckerberg how he defines "hate speech," noting that many young people find the First Amendment allows too much hurtful speech. He couldn't really answer it. But in his opening statement, he insisted Facebook has to "make sure people aren't using it to hurt people or spread misinformation."

Sen. Ted Cruz zeroed in on the hard evidence of Facebook demonstrating a "pervasive pattern of political bias." Gizmodo reported in 2016 that Facebook insiders revealed the social media giant kept major conservative stories like ones on Conservative Political Action Conference off its "trending" topics for readers. Facebook shut down the "Chick-fil-A Appreciation Day page," blocked a post by Fox News reporter Todd Starnes, has blocked over two dozen Catholic pages and recently declared the videos of pro-Trump black ladies known as Diamond and Silk "unsafe for the community."

To his credit, Zuckerberg replied, "I understand where that concern is coming from because Facebook and the tech industry are located in Silicon Valley, which is an extremely left-leaning place." Just acknowledging that reality caused the liberals to tear their hair out.

But then Cruz asked whether Zuckerberg had ever heard of a Planned Parenthood page being taken down. No. How about a MoveOn.org page? No. Any Democratic candidate pages? No. Nobody's aware of that happening. But we can suspect that Facebook's content police have an itchy trigger finger in identifying where conservatives "hurt people or spread misinformation."

Conservatives are used to the national media excluding our viewpoint or loading up a pundit panel with eight liberals and one marginal Republican. We're not going to be happy if the social media start hindering us from communicating with one another on what Zuckerberg claims is a "platform for all ideas."

Zuckerberg recently told the leftist blog Vox that Facebook plans to boost "broadly trusted news sources" like The New York Times and the Wall Street Journal (national media elites) as opposed to looking "down to blogs that may be on more of the fringe." Would it be wrong to see ourselves in that "fringe"? We are certainly not placing our trust in The New York Times. But the Facebook founder explained they would like to "help these news organizations, drive subscriptions."

For all of Zuckerberg's willingness to acknowledge the bias in Big Tech, he needs to acknowledge that conservatives have news outlets, too, like our CNSNews.com. Showing favoritism toward building the profits and influence of liberal media elites is taking sides, not offering a neutral forum for all.