A Life For Liberty and Decency

Brent Bozell and Tim Graham
|
Posted: Nov 08, 2017 12:01 AM
Share   Tweet
The opinions expressed by columnists are their own and do not necessarily represent the views of Townhall.com. 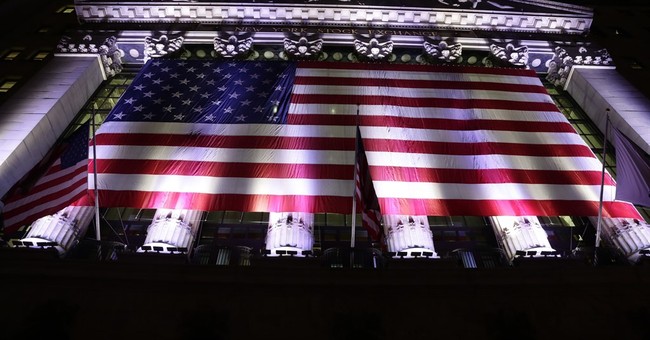 History has its macros and micros. There are the major events and players, and there are also the lesser-known particulars and players who were equally essential to the final outcome. So it is with the modern conservative movement. There are the giants recognized by the under-40 crowd, but under them is a vast array of colorful characters and institutions that made it all possible.

History is fortunate to have Dr. Lee Edwards cataloging all of it. He has written or edited 25 books, including major biographies on Barry Goldwater, Ronald Reagan, William F. Buckley Jr., and Ed Meese, as well as numerous others about the movement. Now -- finally! - he has written a book about himself. In a way, it's his best yet.

"Just Right: A Life in Pursuit of Liberty" is correctly labeled a memoir, but that doesn't do the author justice. It's more than an autobiography; it's another look at the movement. But this time, Edwards is in the thick of things. He's no longer the academic covering the conservative movement as political history. He's recounting the era from personal experiences. And having been at its core for six decades, while working with and for all of the major players, he understands it as well as anyone. This book is not about the movement's leaders as much as it is about its soul.

Edwards discusses intellectuals like James Burnham, Russell Kirk and Whittaker Chambers, men who breathed life into the movement. He has worked among the writers like M. Stanton Evans, Vic Gold and Tony Dolan, the scribes who made the ideas sing. He has toiled alongside the activists like Terry Dolan, Howard Phillips, Paul Weyrich, William Rusher and the ageless Richard Viguerie, men who put the ideas into play politically. He has advised those who were subsequently elected, like Sen. Jesse Helms, Rep. Phil Crane and former Rep. Bob Bauman, with the mandate to enact it all.

He has been associated with ("awestruck by") some of the superstars in Hollywood, like Loretta Young, Efrem Zimbalist Jr., and John Wayne. He has panhandled from titans of philanthropy like Henry Salvatori, Richard Scaife, Joe Coors and H.L. Hunt. He has known lovable scoundrels like Willmoore Kendall and colorful geniuses like Lyn Nofziger.

Edwards worked on the Goldwater campaign of '64 and tells colorful stories (How many people know that Buckley and others were banished as "ultra-conservatives"?). He consulted for President Nixon's administration and aptly describes its demons. He takes the struggle for liberty overseas, with President Chiang Kai-shek in the Republic of China, President Vaclav Havel in the Czech Republic, President Lech Walesa in Poland and Pope Emeritus St. John Paul II in heaven, and then brings it all back home with his most heartfelt cause: the Victims of Communism Memorial Foundation.

But he does not sugarcoat. Edwards is a man with a rich Catholic faith who is unequivocal in his denouncement of the anti-Semitism of the American independent party, the nuttiness of The John Birch Society and the bigotry of segregationists like Lester Maddox and George Wallace. He is both angered and saddened by this sin.

Maybe that's the best part. One can only guess how many out-of-school stories this grizzled veteran could tell, the kind of self-advancing gossip necessary for major book sales in today's twisted world. Edwards is no Donna Brazile, former head of the Democratic National Committee (or, for that matter, Hillary Clinton). To know the man is to understand he is incapable of such behavior. In his cover blurb, Yuval Levin salutes Edwards for his "fundamental decency." I've known Lee Edwards many years, and I cannot put it better than that. He's one of the classiest men this movement has ever produced, and "Just Right" proves it.