Brent Bozell and Tim Graham
|
Posted: Sep 09, 2016 12:01 AM
Share   Tweet
The opinions expressed by columnists are their own and do not necessarily represent the views of Townhall.com. 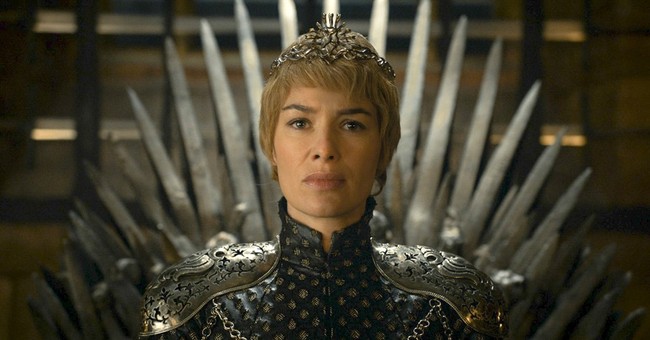 Trending
Imagine a miniseries that has at its center a cynical, corrupt President Obama who arrogantly tells a minister, "I don't have any sins to confess." Standing in front of an adoring crowd, the president says: "I am a contradiction. I am God." He tells an enemy, "I am willing to wage war against you without end!"

Then Obama proclaims, "They chose a president they didn't know, and today, they begin to understand!" An interlocutor asks, "What do you intend to do?" He responds, "Revolution!"

This miniseries casting Obama as an evil schemer and a revolutionary with a God complex has never been made, and it would certainly never air on a powerful American channel. So, consider all the quotes you just read. In fact, this plot is reminiscent of a trailer for an HBO miniseries about the first American pope.

Here we go again. Just like Showtime produced three seasons of "The Borgias," a series that re-imagined the evil 15th-century pontiff Alexander VI, or Rodrigo Borgia, HBO is now producing "The Young Pope," starring Jude Law as 47-year-old Lenny Belardo, who is known in the present day as Pope Pius XIII.

Deborah Young of the Hollywood Reporter viewed the first two hours of director Paolo Sorrentino's 10-episode miniseries at the Venice Film Festival and reports that this "irreverent fantasy" about a "dangerously iconoclastic Pontiff" was entertaining. She says of Pius: "(He is) arrogant, whimsical and hilariously destructive. How he ever got elected will no doubt be revealed in later episodes, but suffice it to say he comes off as a borderline anti-Christ not only in his power-mad dreams, but in all his dealings with the cardinals and the Curia."

The question of how an arrogant "borderline anti-Christ" got elected is the most insulting conceit of the whole enterprise. Catholics are taught that the cardinals are guided by the Holy Spirit to choose a humble, faith-filled man to act as the Vicar of Christ. Popes like the aforementioned Alexander VI show that humans aren't always perfect with this process. But it's deeply insulting -- and meant to be deeply insulting -- to imagine that this would happen in today's Vatican City.

Don't believe Sorrentino when he claims that he simply approached the project "with curiosity and with honesty, without taking a provocative stance."

Who Young calls a "memorable megalomaniac" really channels the Hollywood left. Young says: "In a scene high up on the dome of St. Peter's, (Pius) tempts his humble confessor with immense power if he'll break the secret of the confessional and tell him all the cardinals' sins, at the same time informing him that he personally doesn't believe in God."

The Holy Father is the antithesis of Hollywood, and thus the perfect target for ridicule. The pope calls the faithful to holiness; Hollywood projects the progressive, godless vision of humanity. The papal DNA is one of humility; Hollywood is filled with megalomaniacs with disdain for others. The Catholic Church invokes prayer; Hollywood provokes with irreverent satire, mocking everything who is holy and honoring, and savoring every form of sexual deviance and ultraviolence.

Naturally, the critics see great potential for more than the first 10 episodes. At least that is their hope. Their appetite for scheming and evil popes seems never to be satisfied, even as they start rolling out the first myth-making movies about Obama and his irresistible charm and swagger.