The Media Hypocrisy About Trump

Brent Bozell and Tim Graham
|
Posted: Mar 02, 2016 12:01 AM
Share   Tweet
The opinions expressed by columnists are their own and do not necessarily represent the views of Townhall.com. 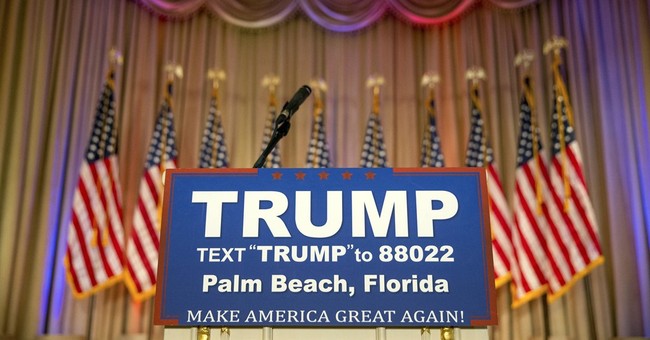 For many years now, the liberal media have lamented that our democracy is badly compromised by a rapacious band of billionaires manipulating government policy and elections and frustrating the will of the people. Just four years ago, the networks became a megaphone for the Occupy Wall Street argument that the "99 percent" were tired of being dominated by the "1 percent."

So when Donald Trump, America's best-known brand name for rapacious billionaire, decided to run for president, one might have expected these Occupier sympathizers would clearly wonder if his entire campaign was a grand conspiracy by the so-called "ruling class."

What we've seen is entirely the opposite.

These supposed opponents of "Big Money" dominating our democracy have spent month after month giving the lion's share of their political coverage to the billionaire reality TV host. Through Feb. 25, Trump's presidential campaign has received 923 minutes of coverage on the ABC, CBS and NBC evening newscasts, nearly five times given to Ted Cruz (205 minutes) and seven times the amount of coverage provided to Marco Rubio (139 minutes).

The tone of Trump coverage is routinely negative. But it still plays into Trump's strategy of saying outrageous things to starve the other candidates of any oxygen from the establishment press. The billionaire pledged to self-fund his campaign but has spent little. It's being fueled almost entirely by free TV airtime.

But there's one thing Trump doesn't want covered, and again the networks are complying. In that overflowing tank of news hours, only amount (14 minutes, or 1.5 percent of Trump's total) were spent talking about Trump's past record of support for liberal positions and liberal politicians. Put that number in this perspective: Twice as much time was devoted to Trump's negative comments about Fox News host Megyn Kelly. Almost an hour was dedicated to Trump's proposed (temporary) ban on Muslim immigration.

Until he decided to run for the GOP nomination last year, Trump was no one's idea of a Republican contender, in philosophy, actions or even party label. He called himself a Democrat. He donated large amounts to liberal Democrats, from Sen. Chuck Schumer to the Clintons. He championed Planned Parenthood, tax increases and single-payer socialist health care. He seemed to take all the stomach-churning negatives about Mitt Romney in 2012 -- the elitist background and the past liberal record -- and multiply them exponentially.

But now, surprising everyone from liberal journalists to conservative stalwarts, he's seen as the best bet to clinch the Republican nomination. This is hardly unhappy news to liberals at the moment. The latest CNN poll shows Trump losing to Hillary Clinton by eight points and to Bernie Sanders by 12. Trump's unfavorable numbers hover around 60 percent of the electorate. If that number doesn't improve, he's unelectable, period.

Naturally, the media refuse to accept blame for the current state of the race. NBC political director Chuck Todd wouldn't accept the reality that the media "enabled his rise." He argued instead "the media has also provided all the material that normally a campaign would want to put together an attack against Trump." So blame the other GOP candidates, not the media.

It used to be said that when the GOP field is winnowed from 17 to about six, Trump would no longer dominate. Wrong. On the night before Super Tuesday voting, the networks obsessed over Trump with more than 15 minutes of coverage, compared to just two for Rubio and less than a minute for Cruz.

The accusation should be made. The liberal media want this vulnerable, blabby billionaire with the high unfavorable numbers to be the Republican nominee.