Brent Bozell and Tim Graham
|
Posted: Feb 03, 2016 12:01 AM
Share   Tweet
The opinions expressed by columnists are their own and do not necessarily represent the views of Townhall.com. 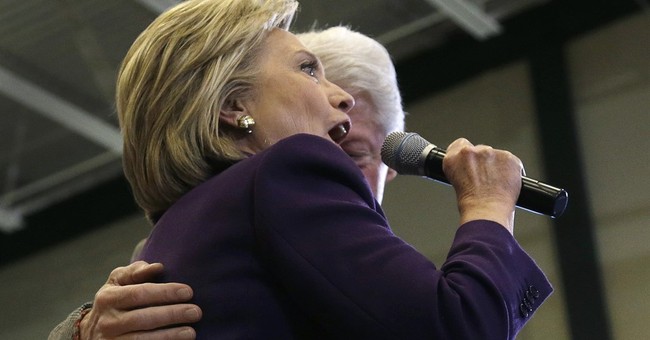 The results in the Iowa caucuses are a rebuke to the notion that the national media have all the influence over America's voters. Donald Trump has been the overwhelmingly dominant figure on television news. Even his decision to duck a debate was treated as bigger news than the actual event, and he almost fell to third place in Iowa.

On the Democratic side, when Hillary Clinton entered the race last April, she was presented as an unstoppable colossus, the American royal family returning to its natural place of power and adoration. Time magazine published a nauseating tribute from Laurene Powell Jobs, wife of the late Apple computer genius Steve Jobs, as "one of America's greatest modern creations ... she represents new realities and possibilities."

Team Clinton was left with trying to win Iowa by flipping coins, finally squeezing out a pyrrhic victory. So much for her inevitability. It must be said that while the media have noticed the polling trend of Clinton's decline and Sanders' ascent, they are wholly unable -- or unwilling -- to focus on the desperate nature of this candidacy.

Left unsaid: Her terrible numbers on being honest and trustworthy, worsened by the ongoing FBI inquiry into her private email server, are giving Democrats serious electoral indigestion. Also left unsaid: Trump's undaunted rebuke of her husband's record of crudely exploiting women (dismissed by reporters as "alleged misbehavior") may have made a mark among young voters who missed the scandals the first time around.

Try as they do to project the power and impact of Bill Clinton's presence, as they've done for years, he has become notorious for not electing candidates. And now the public sees him at her side, and remembers.

When Hillary Clinton first campaigned, the media made fools of themselves gushing over the fascinating novelty of Clinton buying a burrito at Chipotle and running after her "Scooby van" like a flock of Grateful Dead groupies.

Journalists have a very overwrought impression of Clinton's experience in office. Last April, Bloomberg TV's John Heilemann saw a terrible mismatch for Republicans. "It's going to be hard for any of these people ... to come up and be at the same threshold [on foreign policy] as Hillary Clinton, given her huge resume at least in this area, whatever you think about the policies."

"Morning Joe" sidekick Mika Brzezinski sneered the Republicans were toddlers compared to their heroine. "This is not even a conversation. She eats him for lunch ... Hillary Clinton and Marco Rubio. There is no comparison. Maybe this is my ideology, but I'm sorry -- that's a little boy, and that's an experienced, accomplished woman."

"Meet the Press" host Chuck Todd even suggested to Hugh Hewitt that it was futile for Republicans to bother opposing the Clintons. "You know, I look at sort of an obsession on the right of beating Obama and beating Clinton, Bill Clinton, over the years, and I think, they're zero for four. Is there a point where you do this too much?"

Now as reporters describe a Clinton "meltdown" over the collapse of her polling advantage, all of their predictions about the coming cakewalk look just plain silly. Almost none of this descent has to do with the media's coverage of her dishonesty and her scandals. The networks have labored to cover almost anything else. And even when forced to notice it, they have dismissed it with Clinton's right-wing-conspiracy sound bites.

Hillary Clinton is not an inevitable winner in this campaign, not in the primaries and certainly not in the general election. America's "royal family" has no guarantee of returning to the White House. That's in part because the long-standing conservative critique of the Clintons still has more influence over the American people than it will ever have in the blindfolded liberal media.