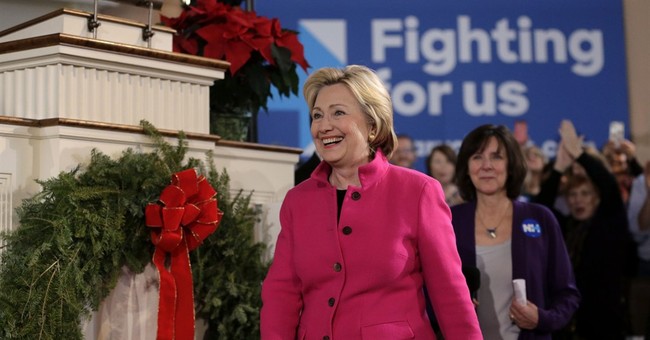 Hillary Clinton has slammed Donald Trump for having a "penchant for sexism," but the Clinton-adoring media are acting shocked and dismayed that Trump would be so rude as to respond that she ought to look at her own husband when it comes to sexism and a "record of women abuse." Reporters are treating this as a sketchy allegation, or if true, a remarkably impolite way to campaign.

On Monday's "Good Morning America," ABC political reporter Mary Bruce embarrassed herself: "Based on his latest mudslinging, [it] seems like Donald Trump is already looking ahead to a battle with Hillary Clinton. ... Trump intensifying his war of words with the Democratic front-runner. Targeting her husband's history of alleged sexual misconduct."

"Mudslinging" to bring up "alleged sexual misconduct"? Bruce acts as if she were literally born yesterday. Paula Jones, Kathleen Willey, Juanita Broaddrick: Who's ever heard their stories about Clinton's predatory behavior?

On Tuesday's "Today, NBC anchor Savannah Guthrie asked Trump about Monica Lewinsky: "Are you saying an alleged extramarital affair, that of course he has now admitted, is that fair game in a campaign?" Trump rightly replied, "Is it alleged? I don't think that's alleged." He was pressing her: How's something that's admitted still alleged? Guthrie persisted as Miss Manners: "Are you saying an extramarital affair by Bill Clinton is fair game and something that you think should be in the campaign?"

In 2011, the media found it "fair game" to relentlessly pursue Herman Cain sex allegations, Newt Gingrich "open marriage" allegations, and in Savannah Guthrie's case, even Sarah Palin sex allegations, about who she had sex with before marriage at age 23. Guthrie also publicized allegations from author Joe McGinniss that the Palins used their children as props, fought constantly, and even used cocaine. She was Savannah Gutter back then.

But this is Clinton, and no matter what year it is, the rules are different. In 1998, the year the Clintons lied for seven months, denying any presidential hanky-panky with the thong-flashing intern, journalists lectured that this was old news, that where were serious problems that needed attention, that it was time to "move on." This was said so frequently it led to a new liberal group called MoveOn.org.

When Clinton's guilt was established by DNA testing, they changed the narrative. This was all silly, all about the GOP's obsession with sex. Perjury? What perjury? Disbarment? What disbarment?

On Tuesday morning, CNN reporter Sara Murray also hopped aboard the Born Yesterday train. She noted Trump's attacks on Bill Clinton, but insisted "a number of voters who look at that and say 'Why should Hillary Clinton be punished because her husband made mistakes?'"

Maybe she's talking about low-information 2016 voters who were born during Clinton's presidency. But any political reporter who's a professional knows that it was Hillary Clinton who set up the "bimbo patrols" to discredit Bill's female accusers. George Stephanopoulos wrote in his memoir she said of the first accuser Connie Hamzy in 1991, "We have to destroy her story." She has lived with this reality and participated in the cover-up from Day One. She was no Arkansas bumpkin who never knew that her husband was cheating.

Clinton is also the one who so arrogantly and dishonestly appeared on the "Today" show and blamed a "vast right-wing conspiracy" for her husband's adultery and perjury. She agreed with Matt Lauer's suggestion that the Lewinsky story was one of the biggest smears of the 20th century and predicted it wouldn't be "proven true."

The Clintons -- both of them -- are serial liars. An objective media would see that they have far too much baggage on female-smearing to be credible in objecting to Trump's unyielding rebuttals. But the Clintons have never had to face an objective media.