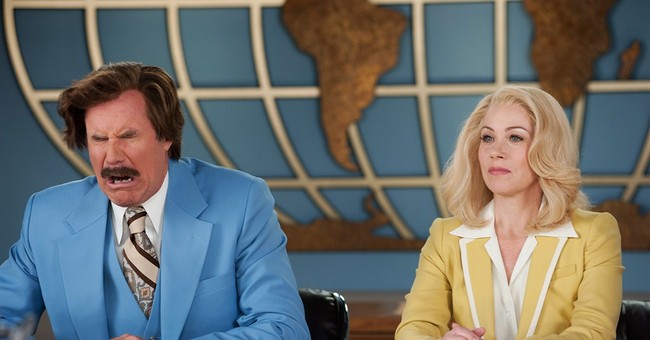 On the Sunday before the election, CBS "Face the Nation" host Bob Schieffer unloaded one of those pompously "progressive" end-of-show commentaries about how our democracy is being ruined by money. "The right to vote is our proudest possession, but the way it has become debased by money shames us all."

He claimed "Congress hasn't done anything in years, yet these midterm elections will be the most expensive in history, just like the last one -- $4 billion this time around. That's billion with a B," he lamented. On one level, he is correct. Special interests are purchasing candidates right and left and spending money at a dizzying pace. Consider: the North Carolina Senate campaign this year will cost more than all candidate spending in the presidential campaign of 1980.

Still, wouldn't it be fun to throw back in his face the idea that candidates are buying more and more TV ads in part because there's less and less TV news about politics? Who could possibly be an informed voter if they just limited their diet of political information to ABC, CBS, and NBC?

People quickly get sick of campaign ads, but they couldn't accurately claim they're sick of campaign news stories. The networks have been almost completely absent in this campaign season, obsessing over Ebola and violent football players instead of politics. ABC's "World News Tonight" didn't air a single story on the midterms from June 11 to Oct.27. That somehow did not make Schieffer's sermon on the abuse of the democratic process. Deliberately refusing to report on a campaign is every bit as bad, or worse, than overspending on it. .

CNN's Brian Stelter insisted on Sunday that the dearth of network coverage of this year's midterms wasn't liberal bias -- avoiding the "bad news" of Barack Obama's unpopularity and the resulting decline of the Democrats' appeal. "To me, it's not about bias, so much as it is about priorities. They decide to prioritize other stories, in many cases more entertaining stories, because that's what the public seems more interested in."

Taking Stelter at his word, we conclude that maybe democracy is falling apart because the viewers have voted with their remote controls for "priorities" other than politics. They want more "news" like this example from ABC's "Nightline": "Have a sexy selfie? So do they [celebrities]. From celebs to the new nude reality stars, it looks like everyone is baring it all. Why we're stripping down now more than ever!" That led the show, followed by a segment on "Royal Baby Mania" in Great Britain.

Sensationalistic garbage is winning. The same is true of local TV news, which likewise avoids political news as a ratings loser. Nobody in TV news is going to force-feed the "vegetables" of politics to viewers when they can make money focusing on nude reality stars.

But in Schieffer's estimation, politics has been ruined by politicians and campaign consultants, transforming "what used to be an amateur sport into a professional business where the jobs that volunteers used to do for free have been outsourced to professionals. ... And in the process winding up with an inferior product, a government that remains in permanent gridlock."

True again -- but hypocritical coming from Schieffer. TV "news" has been taken over by accountants and consultants who create an inferior product where politics is squeezed out in favor of weather news, tabloid material, and feel-good "human interest" stories. Anchormen lecture that our government is broken while they would rather pull out their own eyebrows than cover a congressional hearing.

The way these networks largely ignored the 2014 midterms was journalistic malpractice. They are the last people to lecture America about why our elections are debased.