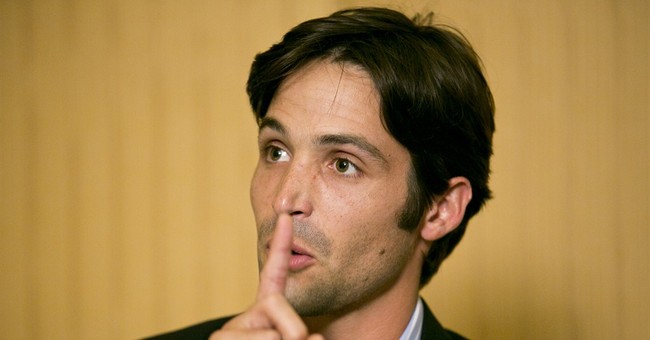 In August of 2011, the former child actor Corey Feldman made a stunning assertion to ABC News: "I can tell you that the No. 1 problem in Hollywood was and is and always will be pedophilia. That's the biggest problem for children in this industry ... It's the big secret." The rest of the media said nothing.

Almost three years later, it's happening again. The Los Angeles Times reported on April 18 that "X-Men" director Bryan Singer "has been accused in a federal lawsuit of drugging and sexually assaulting an aspiring teenage actor in the 1990s."

Michael Egan III claims that he was forced into a "sordid sex ring" in the entertainment industry in which underage boys were supplied alcohol and drugs. Egan alleges that the assaults took place at wild parties in California and Hawaii when he was 17.

"The claims made against Bryan Singer are completely without merit," said Singer's attorney Marty Singer (no relation). "We are very confident that Bryan will be vindicated in this absurd and defamatory lawsuit."

"Hollywood has a problem with the sexual exploitation of children," Herman declared. "This is the first of many cases I will be filing to give these victims a voice and to expose the issue."

Trial lawyers making sexual abuse allegations against Catholic priests can count on explosive national media coverage. This lawyer cannot. There is virtual silence. None of the broadcast or cable news networks are reporting on this lawsuit. The Los Angeles Times and New York Times reports have been brief. USA Today and the Washington Post haven't located the story at all.

For his part, Singer is accusing Egan of trying to ruin the publicity for his latest "X-Men" film. For the media's part, this should make the story more newsworthy.

Days after these lawsuits came to light, the networks used the canonization festivities for Pope John Paul II to slam him again, condemning him for inaction during his tenure on lawsuits alleging sexual abuse by priests. The "victims rights advocates" lined up to get their licks in. NBC's Anne Thompson summarized: "John Paul II has many critics who say he did not do enough -- or did very little -- to stop the sex abuse crisis."

In February, the leftist PBS documentary series "Frontline" aired "Secrets of the Vatican." Producer Antony Thomas piled up anonymous sources claiming sex parties among the clergy. "There was a lot that came to light, including a man who was, as it were, providing choirboys as rent boys," Thomas said. "There are a lot of people in the Vatican who are gay who are leading celibate lives, and this is difficult for them. And there are others who are promiscuous."

All of the secularists at the news networks and HBO don't need a guilty verdict in a courtroom to pass judgment on Catholics for allegedly tolerating the sexual abuse of children or clergy sex parties in Vatican City. Any accusation from anybody is all it takes.

But Hollywood has the media's get-out-of-jail-free card, even when children are abused.