Bob Novak vs. the TV "Genius" 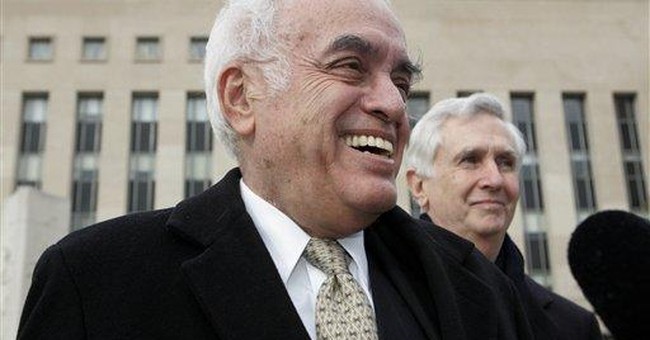 The death of columnist and reporter Bob Novak was a sad occasion for conservatives who voraciously read his columns and cheered his verbal punches on cable television for decades. On TV, Novak’s passing was treated with respect, but only briefly: ABC, CBS and NBC all noted it on their evening news on Aug. 18, but by the next morning, NBC offered only a sentence or two. ABC and CBS had nothing at all. (All three squeezed in the mandatory daily update on Michael Jackson.)

Perhaps this wouldn’t be surprising for a newspaper columnist, since it’s unrealistic to expect self-adoring TV people to think a mere national print journalist would be worth much air time. After all, who even knows what these newspaper people look like? But Novak wasn’t just a newspaper man; he was a TV personality as well -- starting with almost 250 appearances on NBC’s "Meet the Press," many of them well before he became known as a cable gladiator for conservative principles. (This makes it stranger for "NBC Nightly News" to offer him a mere 67 words on the night of his death.)

The evening news broadcasts all mentioned Novak’s place in the controversial "outing" of CIA agent Valerie Plame (although none mentioned his source was an aide to media darling Colin Powell, not some villain inside the Bush White House). But there was more. NBC’s Lester Holt effortlessly associated Novak’s ideology with his dark nickname: "His conservative views and aggressive style earned him the nickname ‘The Prince of Darkness.’"

Even as they noted Novak’s influence in politics, it was cast as negative. On ABC, Charlie Gibson said Novak "was conservative ... and pioneered some of the rough-and-tumble debate now so widespread on television." On CBS, Maggie Rodriguez declared: "As the sharp-edged conservative voice on CNN’s ‘Crossfire,’ Robert Novak pioneered the high-volume, high-tension talking-head battles that are now a staple of cable news."

Both newscasts featured a clip of Novak and his journalistic partner, Rowland Evans, telling each other to "shut up" on their CNN show "Evans & Novak." How odd is this? First, it’s simply wrong to say Novak "pioneered" noisy cable-news debate style: Pat Buchanan was the first co-host of "Crossfire." Secondly, how do the networks somehow leave out the "sharp-edged liberal voice" on the other end of the desk when they lament "high-volume" TV talk? They couldn’t find a CNN clip with Tom Braden or Michael Kinsley or James Carville in it? They just had to feature two conservatives yelling?

Clearly left unsaid in these brief passages is that the TV news elites liked the salad days of journalism liberal bias when conservatives didn’t get equal time -- or even any time -- on CNN or anywhere else.

Longtime CBS "60 Minutes" executive producer Don Hewitt died the next day. Like Novak, he was a journalistic giant and a true news pioneer. Yet he was still a producer -- a (relative) unknown, and certainly not a household name or face in any way like Bob Novak. Also unlike Novak, Hewitt was one of their own, and their treatment of his passing showed it.

Of course, CBS was the worst. They led the entire "CBS Evening News" with this story, like it was the death of a pope, and substitute anchor Maggie Rodriguez laid on the praise, super-thick:

"When the telephone rings, chances are you don’t automatically think of Alexander Graham Bell, and when the television news comes on, you don’t think of Don Hewitt. But maybe, at least tonight, you should."

NBC substitute anchor Lester Holt celebrated the longevity of "60 Minutes" as an "unmatched achievement" that assembled "one of the best teams in the business," and quoted Tom Brokaw saying, "We were all students of his genius." The story reran in the morning on "Today," with Matt Lauer saluting Hewitt as a "a giant, I mean, no question about it, and a good guy."

ABC’s Charlie Gibson offered Hewitt only tributes: "He died holding the highest respect of all of us in this business he loved. He was an extraordinary broadcaster."

It didn’t occur to anyone inside the liberal TV news bubble that to half the country, "60 Minutes" is often synonymous with cheap liberal attack journalism. Even the resident "comedian" Andy Rooney trashed Mel Gibson as someone God regretted creating. None of the networks could locate a single story of Hewitt’s that was controversial, divisive, or inaccurate. No one could recall the shady "unintended acceleration" story on Audi in 1986 that almost bankrupted them, or the shoddy Alar-on-apples scare of 1989.

Bob Novak was controversial, and the stories marking his death were correct to say so. But so, too, was Hewitt, and the deliberate effort to ignore the controversies he created ultimately did him a disservice. As a newsman, he’d want a fuller story told.