The Fact-Checkers’ Prevarication: In Study Biden Shown to Lie Just as Effectively as Trump

Brad Slager
|
Posted: May 06, 2021 10:43 AM
Share   Tweet
The opinions expressed by columnists are their own and do not necessarily represent the views of Townhall.com. 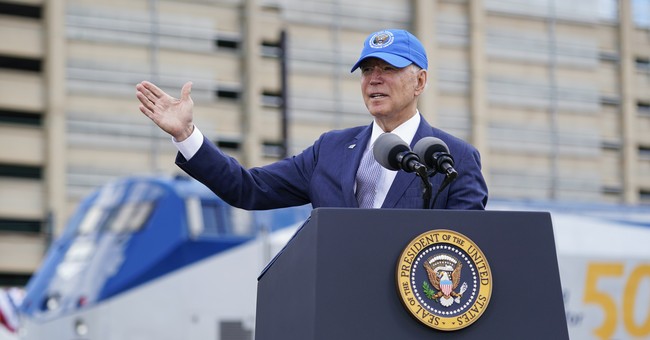 Joe Biden’s presidency has created a challenge for journalists. An industry conditioned with 24-hour grievance content suddenly was at a loss; how do they function when they only want to coddle the current occupant of the Resolute Desk, and how do they come up with ways to enrage their audience with their dependable target both muzzled and apathetic these days? For the self-described arbiters of the truth it has been especially hard, as they had to downshift from the perpetual nitrous-fed 5th gear full throttle coverage of Donald Trump to coasting in neutral and steering with their knees.

Between the unwillingness to cover real stories, such as the border crisis, or the already mounting inflationary realities, and the charisma-vacuum that is the real Joe Biden we see them struggle, offering up desperate bits which suggest that Biden’s boring demeanor is actually a cagey strategy. As the media in general show signs of embarking on a four year sabbatical, one sector has already seen its members submitting Travelocity expense reports -- the fact-checkers.

At the Washington Post their resident expert-FC Glen Kessler made the early declaration that, unlike President Trump, his paper would be using the 100 days in office to mark the end of their fact-check database on the president.

Showing an equal amount of reticence towards his assigned duty was CNN’s Daniel Dale. He began this Joe-voidance during the election, when following a debate he gave Biden high marks for verite despite there being about a dozen major crimes against the facts. He recently established his own standard for laying off of the president due to his volume of truthfulness.

So here are two of the more prominent names in the fact check realm essentially declaring that Biden is not in need of their assigned duties. This has been something of a fable being sold to us since he took office; Joe is just so darned honest that holding him accountable is not needed. But this is a claim that itself needs fact-checking.

Over at NewsBusters they performed a study of sorts on another of the noted outlets from this media realm -- PolitiFact. Some of the numbers they came up with are interesting, and echo those hands-off tendencies from Kessler and Dale. During Donald Trump’s first 100 days, PolitiFact checked on his veracity 52 times; Joe Biden was corrected only 13. At the outlet, however, they were far more energetic with running defense and fact checking comments concerning Biden; they looked into lies told about the president over 100 times.

What all of the fact-checkers rely upon is the sheer amount of lies they tabulated from Donald Trump, and there are a number of factors behind the inflated figure. For starters you have the tendency of these experts to classify Joe Biden’s falsehoods as something else. As Dale has said, these spoken lies have been described as “inaccurate stuff.” In that rundown from WaPo, they describe Biden’s false comments as “flubs,” that he “pushed the envelope,” used words that “he spun,” and engaged in  “subtle truth-stretching” -- all usages that would be nailed down as lies, had Trump said them.

Last month at a Rose Garden gathering the president mentioned the myth of going to a gun show, saying, “you go to a gun show, you can buy whatever you want and no background check." His incorrect statement was in need of a background check itself, but these truth-sayers were not so diligent. "Whether this statement is misleading depends on how you hear Biden’s words," said Kessler, relying on his department’s preferred tool -- nuance. The New York Times softened the lie to an “exaggeration,” and Daniel Dale avoided the comment entirely, choosing to nitpick details of liability for gun makers.

This is not the only reason that the numbers for Biden are lower; our new leader is taciturn in comparison to his predecessor. Trump simply gave these statisticians far more material to work over, as Biden has been notorious in his avoidance of the media. After his 100 days Trump gave 40 speeches compared to only four from Biden, he granted three times as many interviews  (22-7), and while it took Biden a new record amount of time to give his first press conference, Trump had logged a number of them by the same point.

The most revealing stat of all -- one that exposes these slothful charlatans -- is seen in the average of recorded lies by the two men. When it came to assessing their comments in PolitiFact’s “Truth-O-Meter,” Trump was analyzed fours times more often than Biden, which understandably is bound to generate more lies in total, but the measurement is the real eye-opener here. Trump was put through this particular wringer over 50 times, while Biden only suffered the indignity 13 times, but when averaging how frequently they were found to say something False, or Mostly False, it showed BOTH men registered that rating 61.5% of the time.

This statistic alone exposes the sham of these fact-checkers. Reclassifying his lies gives them the false conclusion the guy just doesn’t deliver enough falsehoods to justify keeping close tabs on his comments. A cop refusing to use a radar gun, and then declaring there are not enough speeders for him to remain on his post, does nothing to prove anyone slowed down, and this administration knows they too are given more leeway. Biden is operating with the confidence that much of the time he is going unchecked.