Dr. Robert McClure is the President and CEO of The James Madison Institute (JMI). JMI is a nonpartisan, public policy research organization based in Florida; founded in 1987, JMI is a statewide organization with members in Florida, across the country and around the world. JMI’s ideas are rooted in the U.S. Constitution and the principles of economic freedom and opportunity for all Floridians. Labeled a “heavy hitter” by Florida Trend magazine, the Institute’s work has appeared in every media market in the state, as well as nationally including USA Today, The Wall Street Journal, Politico, Newsmax, the Hill, the Washington Examiner, Drudge Report and more. Dr. McClure has been named twice by Influence magazine as one of the most influential people in Florida politics. He has also been named one of 50 influencers in Florida by the Miami Herald, Bradenton Herald, and El Nuevo Herald. Recently, he was named one of the 500 most influential CEOs in Florida by Florida Trend magazine.

Dr. McClure was appointed by Governor Jeb Bush to the Florida Elections Commission and has served on the State of Florida Education Strategic Planning Council. He has been published at both the state and national level on numerous topics including private property rights, tax policy, healthcare and education reform, lectured nationally on multiple policy issues, and quoted on the floor of the U.S. Senate. He has worked with and briefed both state and national elected officials at the highest levels numerous times. He was appointed to the Florida Committee for the U.S. Commission on Civil Rights and was a member of the Editorial Board for the Journal of School Choice. He also served in an advisory capacity on the transition teams of both Governor Rick Scott and Attorney General Pam Bondi. Currently, he serves on the Economic Advisory Council for Governor Scott. He also received the Governor’s Business Ambassador Award for his dedication to the promotion of free enterprise in Florida.

A 5th generation Floridian, Bob’s grandfather, J. Robert McClure Sr., was appointed Assistant Attorney General for the state of Florida in 1949 and served in that capacity until his death in 1964. His great uncle, Turner Davis, served as President of the Florida Senate in 1955. His great-grandfather, Charles E. Davis, served as the Senate President in 1915. They remain the only father and son to both serve as Senate President. Charles E. Davis also served on the Florida Supreme Court during the Depression.

Bob has served on the boards of Leadership Tallahassee, Maclay School, the Governors Club in Tallahassee, and Life Skills Charter School. He was also President of the St. Peter’s Anglican Church Foundation, Inc. and has held various leadership positions with the United Way, the Downtown Rotary Club of Tallahassee, St. Peter’s Anglican Church and World Class Schools of Leon County. He completed his undergraduate degree at Furman University, and his Ph.D in policy from the University of Florida and is a member of their Blue Key Honor Society. Bob is married to his wife of 25 years, Julie, and together they have two daughters – ages 22 and 19. 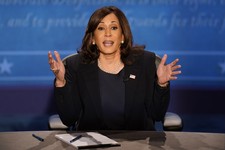 Study Reveals What the Biden-Harris Agenda Will Really Cost
By Bob McClure
When Democratic Vice Presidential nominee Sen. Kamala Harris recently said, “the economy is a disaster,” I thought of both the ...
October 10, 2020 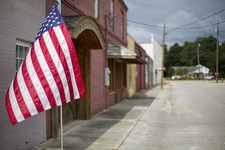 Federalism – Our Best Friend Right Now
By Bob McClure
It is hard to imagine today. But in 1788, roughly one year after the founding of our republic, ratification of ...
April 15, 2020 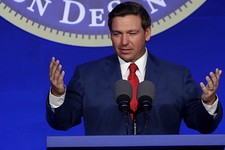 If You Build it…They Will Move
By Bob McClure
Today just might be the day you receive your invitation to respond to the 2020 Census. Now, I don’t think ...
March 23, 2020 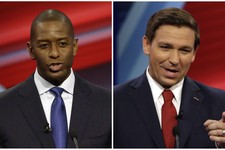 As Florida Goes Tuesday, So Goes the Nation
By Bob McClure
Editor's note: This column was co-authored by Grover Norquist. A Republican Governor would confirm the path of the last eight ...
November 03, 2018
Commentary Archives
CARTOONS | Al Goodwyn
View Cartoon