Bob Burney was born and raised in southern California. A 1970 graduate of Bob Jones University, Bob received his ordination in the ministry in 1971. Bob also has a degree in Christian Education.

In 1976, after serving as a youth minister in churches in Ohio and Kansas, Bob and his wife, Joy founded Calvary Bible Baptist Church in Westerville, OH, where they pastored until the year 2000.

Radio has been a part of Bob's life since College. His relationship to Columbus, Ohio radio began in 1989 and he has hosted such programs as Victorious Living Today, Saturday Live, and since 2000, Bob Burney Live! In 2005 he was named Salem Communications National Talk Show Host Of The Year and was nominated by the National Association of Religious Broadcasters for Talk Show of The Year - designating the program as one of the top ten religious talk shows in America. Bob currently serves on the Board of Advisors for Pregnancy Decision Health Center and Citizens for Community Values and the Board of Directors of The Pastor's Retreat Network. He has also been appointed to the Ohio Governor's task force for Faith Based Initiatives.

In 2000 Bob and Joy founded a ministry called Crosspower Ministries, where they travel across the country encouraging the church of today. Their ministry is founded on I Cor. 1:18. They are available for Retreats, Seminars etc.

The Burneys have three adult children (two of whom are married) and four grandsons. 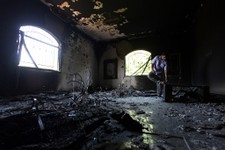 Who's Responsible in the White House?
By Bob Burney
Scoff if you like-but it's true. A paranormal event has escaped the attention of the mainstream media. Not only is ...
May 17, 2013
The Problem With the "S" Word!
July 11, 2011 |

The Suicide of a Denomination
By Bob Burney
It was a long, slow, painful death. In the end, the patient pulled strongly on the plug and what little ...
June 10, 2011

The Suicide of a Denomination
By Bob Burney
It was a long, slow, painful death. In the end, the patient pulled strongly on the plug and what little ...
June 10, 2011
Lobotomizing God
April 12, 2011 | 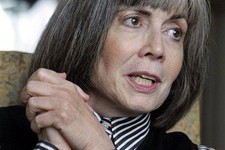 I'm With Anne Rice: I'm Resigning Too
By Bob Burney
Well-known author Anne Rice has once again made international headlines. Having sold nearly 100 million books—it would seem that she’s ...
August 19, 2010 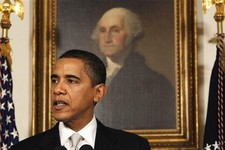 Maybe We Are in Oz
By Bob Burney
My wife and I were driving to dinner the other evening when a mini-van pulled beside us at a traffic ...
February 26, 2009

Announcing a New Movement!
By Bob Burney
Every year for the past decade or so American Christians have found themselves embroiled in the “Battle for Christmas.” ...
December 05, 2008
America's Problem: Our President or Our Pulpits?
November 06, 2008 | 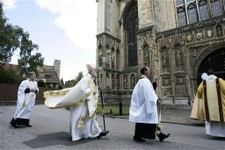 Looking For Rain
By Bob Burney
Do you ever feel totally “whipped”? I mean tired, exhausted, strung out and empty? If you’re a pastor or a Christian ...
July 21, 2008

Same-Sex Marriage and Immoral SUVs
By Bob Burney
Allow me to show you a couple of mental snapshots. First imagine a picture of a family in a modern ...
June 20, 2008

Keep Your Green Thumb Off My Bible!
By Bob Burney
Remember the old cliché, “Just when you think you’ve heard it all ...”? Well, you haven’t until you’ve heard this. ...
March 05, 2008
Will Evangelicalism Go the Way of Mainline Protestantism?
February 29, 2008 | 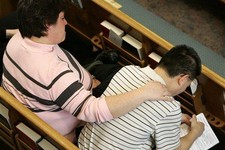 Dancing on the Grave of the Church
By Bob Burney
George Barna, the beloved Christian pollster, recently announced to the world in his book “Revolution” that the institutional church was ...
February 20, 2008
Commentary Archives
CARTOONS | Pat Cross
View Cartoon