For Trump, Real Test on Gun Rights is Yet to Come

Bob Barr
|
Posted: May 03, 2017 12:01 AM
Share   Tweet
The opinions expressed by columnists are their own and do not necessarily represent the views of Townhall.com. 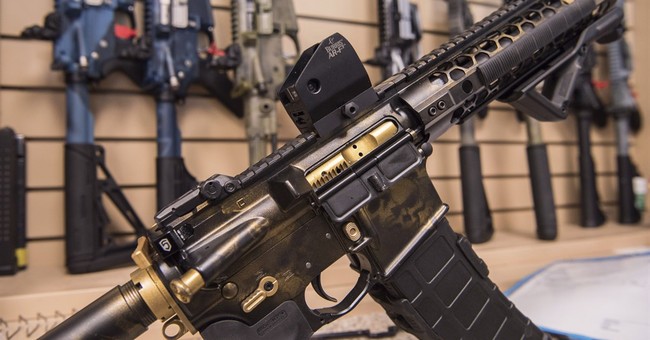 When he addressed the National Rifle Association at its annual convention in Atlanta, Georgia last Friday, Donald Trump did not mince his words.  The President declared to a rousing ovation that, “the eight-year assault on your Second Amendment freedoms has come to a crashing end.” This was welcome news to the thousands of firearms owners, manufacturers and retailers in the audience – many of whom had suffered first-hand as a result of the Obama Administration’s anti-Second Amendment policies during the last eight years.

However, as the saying goes, the “proof of the pudding is in the eating,” and the table has been set for Trump to show America’s 55 million gun owners, including some five million NRA members, that his pro-Second Amendment rhetoric will be backed up by concrete action.

As has been widely noted, Trump is the first sitting U.S. president to speak to the NRA since Ronald Reagan in 1983.  While no one expected Bill Clinton or Barack Obama to follow in Reagan’s footsteps, many NRA members did hold out hope that at least one of the Bush presidents – both of whom expressed solidarity with the Association – would have spoken to its members during the 12 years of their combined presidencies.

As it turned out, while both George H. W. Bush and George W. Bush voiced support for the Second Amendment and the NRA, their “commitment” to the gun-rights movement amounted to little more than lip service.

The first Bush – angered by an NRA fund-raising letter that was highly critical of the manner in which the Bureau of Alcohol, Tobacco, and Firearms handled the 1993 siege of the Branch Davidian compound in Waco, Texas -- made much ado publicly about “resigning” from the NRA.

While his son did not split with the NRA during his tenure in office, his support of legislation backed by the NRA and other gun-rights advocates was less than enthusiastic.  To his credit, President George W. Bush did sign into law two important firearms bills – the 2005 “Protection of Lawful Commerce in Arms Act,” which leveled the playing field for gun manufactures regarding liability for product misuse; and the “Law Enforcement Officers Safety Act of 2004,” which (in theory) allows qualified active and retired law enforcement officers to carry concealed weapons across state lines.  However, bringing “W” to the table to actually sign these bills was a lengthy and laborious process, and resulted in concessions to moderates that weakened the protections the legislation were intended to provide.

As gun owners, manufacturers and retailers have learned from experience, the real test whether a president truly supports and will defend the right to keep and bear arms is not their words, but their actions. The early indications are that President Trump will act.

In his first 100 days, Trump signed a repeal of a particularly troublesome Obama-era regulation that would have used an immaterial Social Security rule as the basis for summarily barring tens of thousands of Americans from owning firearms. Additionally, immediately upon confirmation, Trump’s new Interior Secretary, Ryan Zinke, signed an order rescinding a last-minute rule change under Obama that would have phased out the use of traditional, lead ammunition on federal lands. And, we now have a strong constitutionalist – Neil Gorsuch – on the Supreme Court.

But, the real test of a president’s commitment to the Second Amendment is revealed in whether he will actually – aggressively – support meaningful and substantive legislation.  There are two pieces of legislation already teed up for the new Commander in Chief to demonstrate his true level of support for the Second Amendment.

The first is the “Constitutional Concealed Carry Reciprocity Act of 2017,” already pending in both houses of Congress.  This legislation would replace the patchwork of state laws and regulations regarding concealed carry -- in which a person can go from law-abiding citizen to potential felon by doing nothing more than crossing a state line with a firearm fully lawful in their home state – with a single national standard.  The legislation simply reflects the principle that the right to keep and bear arms is a fundamental right of citizenship that a person carries with him or her regardless of where they travel.

Another bill now awaiting action in the House of Representatives, is the “Hearing Protection Act of 2017,” which would expand access to sound suppressors that protect the hearing of hunters, competition shooters, and those who may find it necessary to use a firearm in the home for self-defense.

If Trump actually gets behind these and other pieces of pro-gun legislation – and if he refocuses the ATF to go after criminals with firearms, as opposed to playing a game of “Gotcha” with firearms retailers trying to comply with the record-keeping burdens of federal regulations – the NRA, and all 55 million gun owners will have more to cheer about than rousing speeches.