Lessons from Iowa…The Good, The Bad, and The Really Ugly

Bob Barr
|
Posted: Feb 03, 2016 12:01 AM
Share   Tweet
The opinions expressed by columnists are their own and do not necessarily represent the views of Townhall.com. 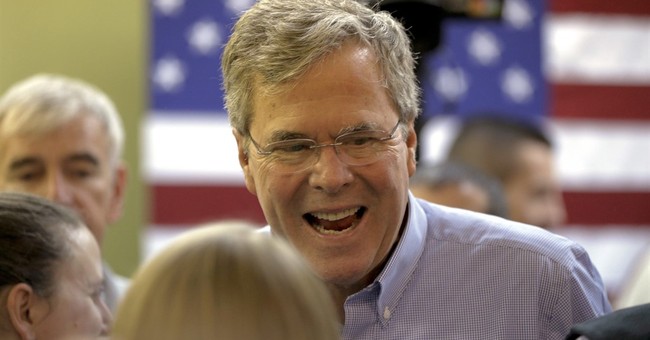 Trending
When Punxsutawney Phil, Pennsylvania’s famous winter-prognosticating groundhog, emerged from his stump yesterday and decided it was safe to stay outside, he must have first checked the results of Iowa’s caucuses. Much like Phil’s weather-predicting track record, the Iowa caucuses have not always been the most reliable predictor of the future. Not since George W. Bush have the first-in-the-nation voters picked the candidate who would eventually become the GOP’s nominee.

Notwithstanding the Iowa caucuses’ poor track record at predicting political winners, they do provide some reliable and relevant analysis for candidates in both parties:

It’s always good to win, and Ted Cruz won. Iowans may not be good at accurately predicting eventual winners, but it never hurts to win the first heat. There is no underselling the value of a solid ground game when it comes to campaigns; especially in a caucus state like Iowa. This proved to be Cruz’s strongest advantage over his competitors -- out-working them on the ground and out-teching them behind the scenes with advanced data modeling. Moreover, Cruz maintained a winning support base even after a month of relentless attacks from Donald Trump and the media. The capacity to absorb body blows is crucial for any candidate to win the general election; especially this year, when the GOP nominee likely will face a Clinton machine specializing in brutal personal attacks. Cruz has now proven he can take it on the chin from Trump, the media and 10 other candidates, and still win by an impressive margin in a crowded field. This positions him well to emerge victorious from the primaries and the national campaign to follow.

It’s never good to lose, and Trump lost. Listening to Trump prattle on and on about all the polls in which he was ahead in the days leading to the caucuses, and it would be easy to conclude it was impossible for him to lose. But he did. Moreover, his second-place finish was closer to third than first; a clear sign that Trump is more vulnerable than his incessant blustering about how great he is makes him seem. As noted by electoral statistician Nate Silver, the gap between Trump’s high pre-caucus polling numbers and his actual support illustrates that the extent of the candidate’s support is more mirage than reality. While the 25 percent support he enjoys may be intense, it likely is not sufficient to carry him to the nomination, much less a victory in the general election.

Jeb should be truly and deeply embarrassed. What can $2,884 buy you? If you are Jeb Bush, it gets you a single caucus vote. If there is any argument as to why the Left’s criticism of Citizens United is utterly baseless, it is Jeb’s pathetic showing in Iowa even though he crushed his opponents in PAC money. Just as Iowa voters rejected Trump’s populist-masked authoritarianism, so too did they soundly and humiliatingly spurn Jeb as an unwelcomed representative of the Establishment. He needs to salvage what may be left of the “Bush” name, and bow out.

Sorry, Marco -- third place is not a “win.” Marco Rubio’s solid showing in the Iowa caucuses, nearly besting Trump for second place, was a surprise. However, for him to claim he “won” by coming in third harks back to the infamous Howard Dean moment of 2004. The GOP Establishment may be warming to him as its Last Man Standing, and he did better than several other candidates, but a third place Iowa showing is not a ticket to the Winner’s Circle.

Hillary’s showing reveals her glass jaw. Hillary may have eeked out a win in the Iowa caucus, and she still will likely secure her party’s nomination, but her victory should be taken with a grain of salt. She did not win because she is a good campaigner (she is not) or because people like her (they do not), but because the Democratic Party’s leadership and money remains firmly within her control. One component of this power stems from the Clintons’ position as the elite of Washington elite; but perhaps even more significantly, it is because Democrats realize it is too late to choose someone else. The only way this changes would be if – in a Bizarro World twist where Obama’s Department of Justice  for once holds a corrupt government official accountable and actually indicts Hillary -- Democrats turn to Uncle Joe Biden in a last-ditch effort to save them from disaster.

It is time to take Sanders’ “New Socialism” seriously. While the reality of a President Bernie Sanders is as distant as the planetoid Pluto, the support he enjoys is very real; especially among millennials. When Sanders’ campaign ends (as it will), the socialist grassroots movement that has rocketed him up the polls and stuffed his coffers with donations, will not die but rather find new outlets to strengthen and wield its influence. The threat of socialism and this “progressive” ideology to treasured American values such as free markets and individual liberty is real, and it is significant. That Sanders has not only survived but thrived this campaign cycle, reveals a fissure in the bedrock of the American political system that is frightening; and one that had best be taken seriously and confronted.