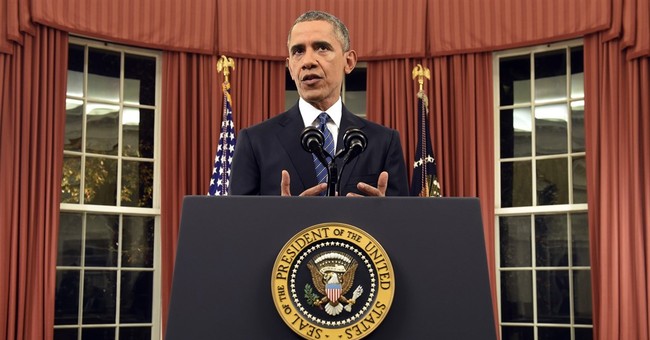 I may be wrong, but I do not believe the settlers moving westward to settle uncharted lands in the 19th century, and who faced life-threatening challenges from every quarter, brought grief counselors with them to ease the trauma of dealing with those obstacles. Nor do I recall reading in American history books about presidents in that era giving soothing speeches to comfort the settlers who lost families by the score, with vague and meaningless promises that “everything is all right; just trust us.”

What I do remember reading about in history books was an American people who met seemingly insurmountable challenges, including fights to the death from hostile forces and Mother Nature, but who fought back, picked themselves up, kept on going, and never looked back. That’s How the West Was Won, and it is that tough, fighting spirit that catapulted America from a small, rogue nation to the most powerful in the world in less than 150 years after winning its independence.

What do we have now? Well – we have what we have.

Long-gone are the days of sure-footed, principled leaders like Theodore Roosevelt, who carried a “Big Stick” and was a real fighter. Or President Grover Cleveland, who dared to criticize federal aid as “encourag[ing] the expectation of paternal care on the part of the government and weakens the sturdiness of our national character.”

Just one generation ago, President Ronald Reagan boldly demanded that Soviet leader Gorbachev “tear down” the Berlin Wall; and he meant it. Now, we have a President who travels abroad and issues veiled apologies to foreign nations; one who dithers and frets at home, and who, when finally pressured into taking action, does as little as possible in order to say, “There, see, I did something; now leave me alone.” He is a President more comfortable pontificating about “climate change” than waging a determined and focused fight against real terrorists.

It is not all Obama’s fault; after all, in many respects he is but the child of the culture that elected him. In a sense, such feckless leadership is to be expected from decades of Leftist conditioning that teaches submission and capitulation to authority, rather than courage, action and resolve on the part of the citizenry – individually and collectively.

Truly, the nation Obama sees today bears little resemblance to that overseen by his predecessors. Obama “leads” (and I use the term loosely) a nation mired in a culture that sends grief counselors in the wake of a mass murder; and responds to such tragedies by having officials give repetitive and lengthy news conferences congratulating each other. It is a society whose citizens spend precious time building massive memorials of teddy bears, plastic flowers and Mylar balloons at sites of mass murder by violent religious zealots.

We suspend kindergarteners for making Pop-Tarts guns, and send them to sexual abuse counseling for trying to give a classmate an innocent peck on the cheek. We allow radical college students to bully and intimidate classmates and school administrators for failing to embrace and institutionalize their childish, politically correct demands. We allow ourselves to be called bigots, for simply expressing concerns about being forced to accept into our communities, immigrants from a region halfway around the globe that is a festering ground for radical anti-Americanism.

Decades of this submissive conditioning have deeply undercut our sense of self-preservation and confidence, and turned a nation of courageous yeoman farmers who fought off the strongest Empire in the world, into quivering ninnies who line-up against walls for mass shooters, because that is how we’ve been trained to react to authority of any kind.

Now, in the final insult, our own President tells us to hand over our Second Amendment rights to politicians; so they can decide in secret who is worthy of being permitted to exercise their constitutionally-guaranteed right to defend themselves against terrorists and other violent criminals.

We desperately need leaders who themselves are fighters, and who will encourage the American people to rekindle our own fighting spirit; not crouch down and wait for the authorities to arrive to save us. We should yearn for leaders who understand that in our culture – in our society – it is not only a God-given right to defend oneself, but an obligation to do so.

How dare a man who has sworn on a Bible “to preserve, protect and defend the Constitution of the United States” appear before us, safe and secure behind a teleprompter, and piously declare that some faceless bureaucrat is more responsible than are we, to decide if any one of us is worthy in his eyes to be able to possess a firearm to protect ourselves and our families from those against who he is too timid to act. How dare he!