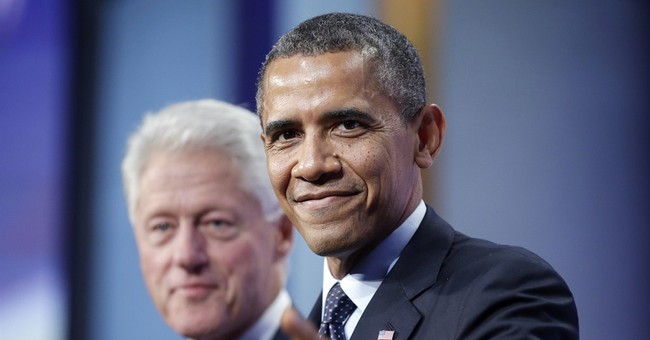 December 19th marked the 15th anniversary of the impeachment of then- President Bill Clinton by the House of Representatives. As the first member of Congress to file an official impeachment document and one of the 13 House members who prosecuted Clinton’s subsequent trial in the Senate, I was intimately involved with -- and in -- that process. Not only was the 1998 impeachment a powerful and necessary response to the gauntlet throw at the feet of Congress by the Clinton Administration, it was an important exercise employing a mechanism purposefully incorporated in our Constitution by our Founding Fathers.

Contrary to what most Americans remember about the impeachment of President Clinton, the beginnings of the process had nothing to do with Monica Lewinsky or the president’s sexual exploits. On November 5, 1997, I filed House Resolution 304, officially calling for an inquiry as to whether Clinton had engaged in a “systemic effort to obstruct, undermine, and compromise the legitimate and proper functions and processes of the [executive] branch.”

The Resolution was intentionally deliberative in nature. Even with evidence already in hand that the President had engaged in actions warranting impeachment, the Resolution did not call precipitously for impeachment. Rather, it called on the House Judiciary Committee to “investigate and report” whether “grounds exist to impeach” the President; and, upon conclusion of such investigation, to recommend how to proceed with the evidence uncovered.

The reason for the care with which I began this process more than 16 years ago, can be found in the Federalist Papers,penned by James Madison, Alexander Hamilton and John Jay. Hamilton in particular devoted considerable time to explaining the importance of incorporating the impeachment process into the Constitution. To him and his co-authors, this was an essential tool with which to help ensure our system of government would work as intended; a necessary provision to show that the president was subject to the rule of law just as any other citizen.

Hamilton noted in Federalist No. 65 that the key element for consideration of impeachment is that the president has “abuse[d] or violat[ed] some public trust;” in other words, the president, as a public official, has engaged in “misconduct.” Hamilton was clear in laying out the impeachment process that it reside in the Congress, not the courts; and that it properly should be the House of Representatives that takes the first step.

Importantly, Hamilton understood clearly the seriousness of the impeachment process, and cautioned that extreme care must be its hallmark.

Today, talk of impeachment is once again growing, but the lessons from previous impeachment proceedings must not be ignored. As was the case with President Richard Nixon in 1974 and Clinton in 1998, there is growing evidence President Barack Obama has engaged in “serious offenses” that “subvert” our government and “undermine the integrity of office.” It is interesting to note (as I did in an April 25, 1997 opinion piece in the Wall Street Journal) that such terminology was used in a February 1974 report written by the staff of the Nixon impeachment inquiry, outlining the “constitutional grounds for presidential impeachment” – a report a young lawyer named Hillary Clinton helped draft.

Even a passive observer of the machinations of the Obama Administration would be hard pressed to deny that such damning language is applicable today as it was to Bill Clinton and before him to Richard Nixon. Like his predecessors, Obama ascribes to the philosophy blatantly articulated by Richard Nixon a generation ago, that “[w]hen the president does it, that means it is not illegal.” It is for this very reason why the impeachment process exists, and why Republicans should never consider impeachment “off the table” in addressing the misconduct of President Obama who is, as Hamilton declares for us, a “public man” abusing the “public trust.”

This sentiment recently was echoed by Georgetown law professor Nicholas Rosenkranz during a House Judiciary Committee hearing, when he rebuffed Rep. Steve King’s reluctance to enunciate the “I” word. “I don’t think you should be hesitant to say the word in this room,” Rosenkranz testified. “A check on executive lawlessness is impeachment, and if you find the president is willfully and repeatedly violating the Constitution . . . that would be a clear case for impeachment.”

The rule of law manifest by a written Constitution is the singular aspect of American society that elicits the world’s admiration and has drawn so many of its citizens to our shores over the decades. Virtually everything that makes America a beacon of liberty in the world is based on this foundational principle.

The flagrant disregard for the rule of law knows no partisan lines, and is a danger to the Republic as a whole -- regardless of political affiliation. Democrats saw fit to prosecute Nixon for lying to Congress and the American people; Republicans saw fit to do the same with Clinton. In both cases, the cause for impeachment was not only warranted, but methodically proven in the subsequent investigations initiated by Congress.

As in 1998, the integrity of the office of the presidency hangs in the balance; and our Founding Fathers watch us still.