Nike and Other Companies Profit From Slave Labor. As Pastors, We Say 'Enough!'

Bishop Aubrey Shines
|
Posted: Sep 12, 2020 12:01 AM
Share   Tweet
The opinions expressed by columnists are their own and do not necessarily represent the views of Townhall.com. 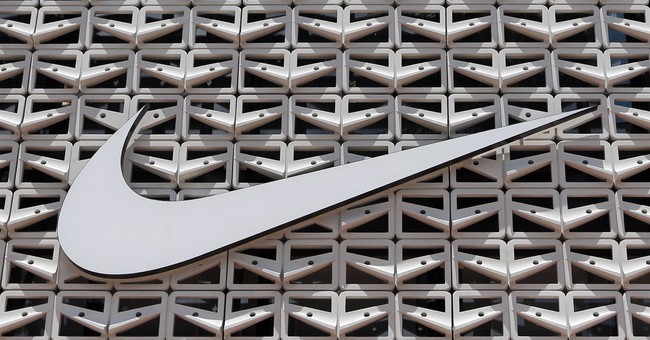 It feels like a lifetime since we lived in a world without constant, violent mobs running through the streets.

Four months ago, George Floyd tragically died in police custody. Since then, protests that began as calls for legitimate police reform were hijacked by Black Lives Matter, a movement whose own founders identify as Marxists and whose platform includes, among other things, the destruction of the nuclear family. As you might expect, with such a group at the helm the protests quickly spiraled out of control.

Even as our cities burned, numerous companies and large corporations rushed to kneel at the altar of Black Lives Matter in an attempt to avoid being “cancelled,” chief among them Nike. The irony is that, in spite of its statements about the importance of black lives and the evils of racism, Nike apparently forgot about the racism in its own supply chain.

I wrote about this in The Washington Examiner not long ago, but as a refresher, the Communist Chinese government is carrying out a campaign of persecution against the Uighur people, a Turkic-speaking ethnic group that is predominantly Muslim. Since 2017, more than 1 million Uighurs have been rounded up by the government and forcibly transported to “reeducation camps.” And according to a lengthy study published in March of this year by the Australian Strategic Policy Institute, these same Uighurs are made to work essentially as slaves in factories that produce products for multiple American brands – including Nike.

The other founders of Conservative Clergy of Color and myself are all leaders in the church, and as such, we cannot abide by hypocrisy, especially when it involves suppression of religious freedom. Furthermore, we cannot stand by while an entire group of people is enslaved for being an ethnic minority. America still has many issues on race to solve, it is true, but our country has made great strides. Minorities here do not suffer anything comprehensible to what the Uighurs and other ethnic groups face in China.

It’s a slap in the face to us as the spiritual descendants of the Civil Rights Movement for Nike to make a grand gesture of support for black causes while profiteering off of slave labor overseas, and that is why we decided to say “Enough!”

The descendants of slaves should not abide by modern day slavery. They should not pay another dime to a company that sells material made by unwilling hands. Forced labor used to bully minorities into compliance with state doctrine is pure evil. Therefore, we call on all African Americans to boycott Nike products until Nike ends its profiteering from the suffering of enslaved people in China. Likewise, black athletes who have contracts with Nike should withdraw themselves from any promotional deals if they want to seriously talk about oppression.

We are also sending letters to the heads of Nike and other major companies and sports leagues demanding they end any business ties with the Chinese government as the first step to helping the Uighurs experiencing severe human rights abuses. These are not meant to “cancel” anyone or ruin their lives. We are men of the cloth, and that is not our way. It’s the bread and butter of Black Lives Matter, but ours is the bread of life. We believe in free speech and robust, civic dialogue.

We seek to bridge our differences and shed light on an international issue of human rights that the American media seems to hold little interest for unfortunately. Our hope is that we can open up a path of mutual understanding. At the end of the day, we are Americans and Christians. We do our best to live in the example of Christ, and in sending these letters our hope is to build a better America, and by extension, a better world.

To paraphrase from the great Martin Luther, “Here we stand. We can do no other.”