An Obama Defeat? Well, Maybe Not... 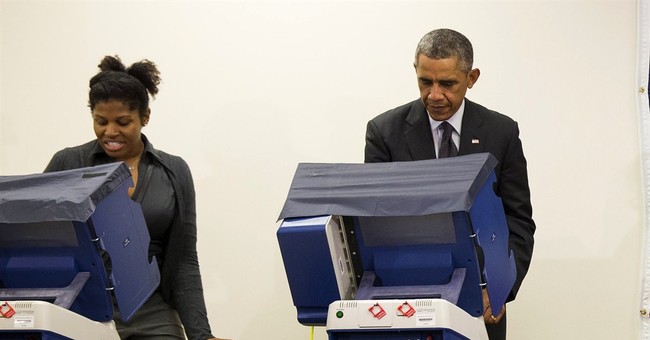 The overworked word for election evening was WAVE. Heard again and again and again on all political networks; left, right and even in the middle. The Republicans swept in most instances, the House, the Senate, Governorships and State Houses. As the Presidential policies were on trial and according to voters came up wanting. Most will misread last night’s results.

Yes, the first female Senator from Iowa, a male Governor finally from Arizona are all significant, yet the true winner continued to be Wall Street, the wealthy and the “quiet warmongers” including Obama.

Although the faces change and the rhetoric of “I’ll fight for you” is escalated, Janet Yellen is still in charge, Too Big Too Fail is the policy and the drones will keep flying. Lost to some degree in the election night hoopla is the fact that Senator John McCain has just become the ranking member on such committees as Armed Services, Homeland Security, Foreign Relations and Indian Affairs.

The first three I’m very clear about the Senator’s position. Indian Affairs, however, concerns me. If John stays consistent, the reservations could become armed camps.

President Eisenhower said “beware of the undue influence of the military-industrial complex” during his Fall address. JFK said “we have over a hundred support people behind every soldier with boots on the ground. We make military hardware, vehicles, planes, ships, tanks, boots, uniforms and everything under the sun” (the real foundation of our GDP). “Your tax dollars supports private wars not the social economy. They say the only thing you can be sure of is ‘death and taxes’. Well, I’m not so sure about death but ‘war and taxes’ will be with us forever.”

In the 1930’s, Joachim Von Ribbentrop, the German Minister of Foreign Affairs, would appear in such places as the Sudetenland,

One thing is certain and that is in the daily headlines Obama and Congress will be at each other’s throats but when it comes to war and the spread of American militarism last night was a big Obama victory.

The latest mass shooting you probably didn’t hear about
Hotair
The Attacks on Amy Coney Barrett Begin; They Are as Dumb as You’d Imagine
Redstate