Bill Murchison
|
Posted: Jul 17, 2018 12:01 AM
Share   Tweet
The opinions expressed by columnists are their own and do not necessarily represent the views of Townhall.com. 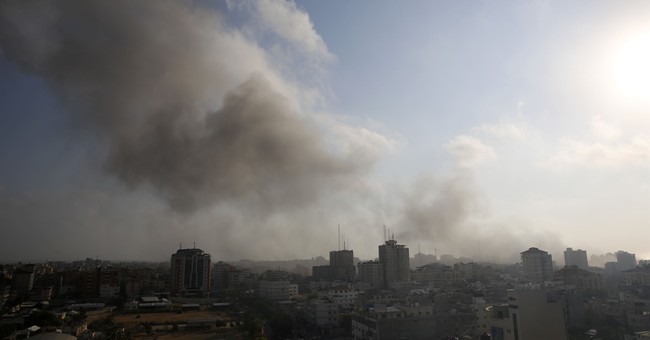 And what to my wondering eyes should appear, at the General Convention of the Episcopal Church this month, but a heap of painful evidence that the foreign policy of the United States isn't in disarray solely because of Donald Trump.

An insubstantial number of Americans seem capable these days -- in contrast with the Cold War era -- of figuring out for long who the good guys are and aren't. It used to be so easy. The commies were bad. Then we beat the commies, and... and...

I intrude mention of the Episcopal Church here because of my presence at the convention -- where what could have been taken for the third, perhaps second, cousin of old-fashioned anti-Semitism prowled like a ramping and roaring lion, snarling at Israel, clapping its paws for the Palestinians.

Resolution after resolution targeted Israel for its apparently endless failures to bestow full rights on Palestinians in the so-called "occupied" territories. Resolution authors wanted the church, through its investments, to pressure Israeli acquiescence in a pro-Palestinian policy.

A convention deputy from Hawaii spoke of Israel's "brutal occupation" of the West Bank and Gaza (from which, actually, Israel withdrew formally in 2005), saying, "We as a church are complicit in this occupation. We have money invested in it."

The resolution's authors desired an "investment screen" to make sure Episcopalians, bless their compassionate hearts, refuse help to the Israeli oppressors, affirming that "Palestinian lives matter." And they do, just as Israeli lives matter -- lives menaced daily by the Hamas terrorists, whose anger breaks out whenever there seems any chance of getting away with it.

The resolution passed the convention's House of Deputies 619-214, only to stall in the House of Bishops. Six other resolutions related to the Israeli-Palestinian conflict passed both houses: all of them critical of the advanced, thoroughly civilized (however much the Palestinians dispute it) ally of the United States in efforts to stabilize a volatile region of the world.

How much more confused is it possible to get? As confused as President Trump appeared in Helsinki, batting down suggestions that the Russian government really isn't very nice or, for that matter, amenable to American desires to live in peace and freedom?

A morally confused world is what we inhabit -- made no more crystalline in aspect by the president's twists and turns of logic.

I return to the so-called Israeli question: the acid test of logic, saying nothing of decency and generosity. The infection of anti-Semitism appears to be spreading. As if "the Jews" somehow -- as used to be asserted by the brain-deprived -- league and conspire and plot and plan to take over the world. I think we must not tax my fellow Episcopalians -- at this present time -- with outright anti-Semitism. At the General Convention, they affirmed, formalistically, Israel's right to exist within secure borders. Then, without a sideways glance at Palestinian vows to eradicate Israel, or at the street violence constantly feared and often witnessed, the Episcopal resolutions slammed Israel for measures intended to keep the peace: measures sometimes violent, sometimes ham-handed but generally efficient.

The problem is not American in isolation. It is international. It is political. In the July/August issue of Commentary Magazine, Melanie Phillips, the British journalist, asks whether the Jews of Europe should ponder leaving -- given the recrudescence in their homelands of squalid anti-Semitism, practiced by the left. The same left, more or less, that dominates the national hierarchy of the Episcopal Church. "The symbiosis," she writes, "between hatred of the Jewish state and hatred of the Jews is now part of the DNA of the progressive world." It arises "because the West is in trouble. And a society in trouble always turns on the Jews."

The Phillips thesis delves deeply into the moral flabbiness that seems, in 2018, to characterize judgment of rights and wrongs in the relationships of nations and people jostling each other in the communist twilight, seeking to distinguish friend from adversary and competitor.

A certain clarity in foreign policy -- so he claims -- lights up the mind of Donald J. Trump. More than anything else, it underscores the unclarity, the confusion, muddying up 21st-century life.