It Didn't Use to Be This Way

Bill Murchison
|
Posted: May 22, 2018 12:01 AM
Share   Tweet
The opinions expressed by columnists are their own and do not necessarily represent the views of Townhall.com. 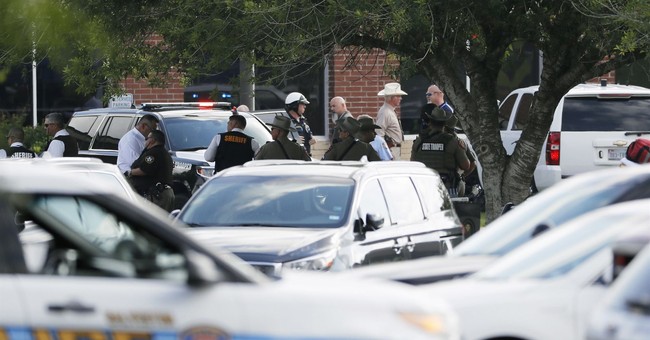 One telling detail keeps escaping the men and women of words who would end school shootings by one expedient or another: gun control, better security, the arming of teachers, more careful vetting of potential gunmen and so forth.

The detail of which I speak: We didn't use to endure this horror. It didn't happen.

The urgent question that flows from this detail: Why not?

Well, to start with, because things were different, prior to the shooting fests, which break so many hearts and generate so much despair.

Right, yes -- but different in what way?

I will take a crack at this: Our culture (as we have come to call the circumstances of daily life) was cooler, calmer, less emotional, more orderly than it has become since then -- which is not the same as saying pre-massacre culture (what a term) was cool, calm and unemotional. It was not. Those personally familiar with that culture know better, I hope, than to indulge in nose-honkings over the joys of the past.

Still, massacres, explosions of personal rage, were rare and generally connected with mental disorder, such as the case of Howard Unruh, the World War II vet who went wild in New Jersey in 1949, gunning down people on and off the street, including a barber and his 6-year-old customer. There were guns enough out there, no doubt; nevertheless, few thought of using them in today's ghastly, almost customary, way.

We didn't use to endure this horror. It didn't happen (or, save for Howard Unruh, hardly ever).

I am still taking a crack at this thing, with no more deleterious effect, I hope, than would flow from an attack on the Second Amendment. I submit that the factor at which we should look for explanation is social control: its widespread presence in pre-massacre time and its absence in the present day.

I do not mean that the secret police ran life back then. I mean institutions did, more or less, and with a touch far lighter and more helpful, in most cases, than today's advocates of liberation would admit under coaxing from a liberally applied cat o' nine tails. Whee, we're free! So goes the general apologia for the removal of rules and guidelines of all kinds.

Free we are, or there wouldn't have been much point to America. Yet Americans, according to the manner of their (generally) British culture, acknowledged not just opportunities but obligations. Institutions took these obligations, and their (normally) gentle enforcement, with great seriousness and sense of duty.

Mothers and fathers were supposed to impart to children a sense of... well, plain old decent behavior would likely cover it. Churches posited their own senses of duty and right belief -- often overlapping the teachings of parents. Schools, as virtually anybody who attended one in the pre-massacre era can testify, necessarily exerted forms of control. If they hadn't, no teaching would have taken place.

Was it all done perfectly? Who'd make such a ridiculous claim as that? Of course it wasn't done perfectly. Sometimes it was done wretchedly.

But we didn't use to endure the horror of mass massacres. People didn't fear taking their children to school. Now they do.

The real horror of the matter is the hand-waving futility the massacre debate engenders. No one can believe, with any depth of conviction, that tighter gun control laws would make life as safe as a public library story hour.

The rebuilding and refitting of our weakened institutions, public and private, is the only path toward peace. But how to bring that about? Through change in beliefs and commitments: which is where the heavy lifting begins, as old formulas for human flourishing (e.g., the indispensability of the two-parent family) are reinserted into the common life. Or, through human folly, not reinserted.

The fact is that too few acknowledge the unmatched power of benevolent institutions to shape character, maintain the general peace and impart dignity to human life -- as well as keep it safe and free. But they do. Or rather, they did: here, there -- yes, and in Santa Fe, Texas.