Bill Murchison
|
Posted: Feb 06, 2018 12:01 AM
Share   Tweet
The opinions expressed by columnists are their own and do not necessarily represent the views of Townhall.com. 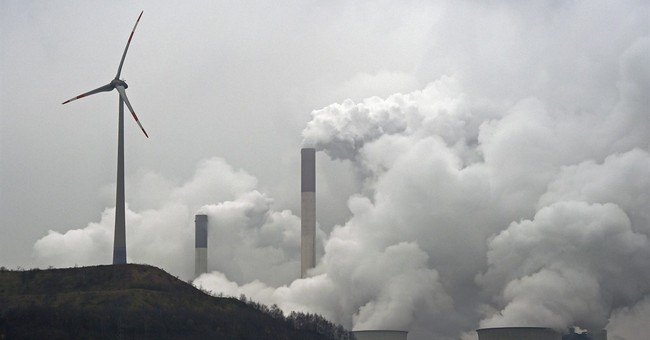 From The Washington Post, Feb. 4, 2018: "The White House has withdrawn its controversial nominee to head the Council on Environmental Quality, Kathleen Hartnett White, whose selection failed to gather momentum with some Senate Republicans raising questions about her expertise."

Herewith a confession: I have known Kathleen Hartnett White quite a long time now.

A second confession follows hard upon this one: I know her to be very, very smart; very, very wise; very, very honorable (as well as impressively nice); and as of this moment, a tremendous loss to government service.

Another confession, and then I'll get to the point: I was privileged to offer her editorial advice on a book she and the Heritage Foundation's Stephen Moore produced for Regnery. The book touted the ingenuity of the free marketplace in the solution of environmental problems such as climate change. I lent her a hand, checking syntax and such like, because her and Moore's analysis seemed to me, and still does, more compatible with scientific evidence and common sense than the counter-narratives of climatic despair produced by "science" and the mainstream media.

She had Donald Trump's nod for the environmental-quality post -- on account of having performed well in a similar Texas government job -- which both helped and hurt. It hurt because of the routine rejection, in the progressive camp, of any climate-environmental policy concocted in and around the Trump White House. Oil companies, in progressive parlance, are shameless polluters in the service of a pollution-denying White House. What more to do you need to know about Kathleen Hartnett White?

Well, maybe that she expressed, in Senate testimony on her nomination, a beguiling curiosity about climate. "I have many questions that remain unanswered by current climate policy," she said. "I think we indeed need to have more precise explanations of the human role and the natural role."

Three hundred scientists, in a joint letter to the Senate, sought to free the poor lady of the necessity to do research. The letter warned of "serious consequences for people and the ecosystems of the only planet that can support us," should the Hartnett White nomination succeed.

Rhode Island Democrat Sheldon Whitehouse tweeted (Democrats can play at that game as well as Republicans, I take it) that Hartnett White "outright rejects basic science."

Spacious indeed are the assumptions of the anti-Hartnett White lobby: to wit, they're right, and she's wrong in claiming a continued energy-provision role for oil and gas companies. Which assumption the inimitable Bernie Sanders appears to support, claiming at an anti-fossil fuel rally in Washington, D.C., "Fossil fuel's days are numbered. We are going to transform our energy system."

"Going to": Yes, I see. Just like that, we're going to overthrow, on still-contentious grounds, the world's existing energy arrangements, due to... sigh, don't bother asking. The moral certitude of fossil fuel skeptics is unconquerable, not least among Republicans fearful (note the knocking knees of so-called moderates) of offending important constituencies and interest groups.

Note as well the more and more extravagant gestures that go with the war on fossil fuels. Hardly had the new year begun before New York City Mayor Bill de Blasio (who is contemplating a run for the presidency) said the city's huge pension funds would drop their investments in fossil fuels; and that the city would sue Exxon Mobil, Chevron, ConocoPhillips, Royal Dutch Shell and BP for laying waste to the environment. De Blasio's fetching legal theory: "They tried very intently to cover up the information about climate change," suggesting it "wasn't real." Whereas -- blast it! -- it's real, on grounds the courts will enforce.

Whatever might be said regarding heat and cold, the climate of opinion seems unlikely to change anywhere there's a chance to spear the oil companies and, in passing, those with a patient word for the fuel that made modern America. That fuel is now denounced, expected to participate cheerfully in its own demise. What Kathleen Hartnett White hoped to say to the capital city was: Hold it; no rush to judgment, please; no sentence without verdict. Alas, that's the only kind of sentence progressives know how to pass out when the culprit has oil beneath his fingernails.

Katie Pavlich
Biden Moneypox Scandal: 'People are Begging for Vaccines, and We’ve Just Pissed Off the One Manufacturer'
Guy Benson