The Finalists for TIME's 'Person of the Year' Have Been Announced and People...
OPINION

The Left Against (Even) the Left

Bill Murchison  |  Jul 26, 2017
The opinions expressed by columnists are their own and do not necessarily represent the views of Townhall.com.
Top Columns
Trending on Townhall Media 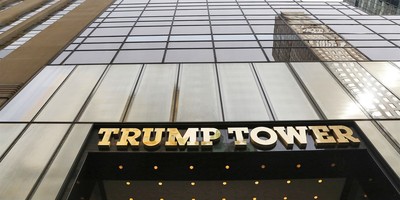 Once it became clear most Christian leaders were bored with orthodox Christianity, and had thrown in with the "social justice" game, progressives removed their talons from the flesh of a faith unwilling to tout its own premises. It got tedious to be banging away about a religious right barely in evidence. Even Donald Trump-admiring Baptists such as Dr. Robert Jeffress became implausible as threats to the republic.

Paradoxically, a new cause may be on the rise: the defense of a religion that believes in itself --boy, oh boy, does it believe in itself.

The brain of professor Richard Dawkins -- hardened foe of Christianity in all its manifestations -- must be spinning this month. He presumed to criticize Islam. Down swooped the birds of prey. He found himself suddenly and rudely disinvited from speaking at a fundraiser for the radio station KPFA in Berkeley, California.

Well! Had he not, in a tweet, referred to Islam as "the greatest force for evil in the world today"? The New York Times explained: "In 2015, (Dawkins) wondered whether Ahmed Mohamed -- the boy in Texas who was suspended after bringing a homemade clock to school that officials said resembled a bomb -- wanted to get arrested given that the episode led to an invitation to the White House and crowdfunding. In a Twitter post in 2014, he suggested that people should 'always put Islamic "scholar" in quotes, to avoid insulting true scholars.'"

KPFA lamented that such behavior had hurt people. And so off the program went an author who likely entertained his last conservative viewpoint at about age 7. Nothing in his laurel-decked career as a heckler of Christianity exempted him from censure as a critic of Islam. Having said the unsayable, he found himself barred from saying why he said it.

It gets harder and harder in America to know what one can get away with saying, tolerance for other people's speech having gone lately into headlong retreat. Not that free speech, here or anywhere else, ever enjoyed a holiday from reproach -- least of all at divisive moments in history. Vigilantes nevertheless, generally from the left, patrol academic environments and other places of public speech, including the media, to sniff out and punish rhetorical offenses.

Nearly as notable as their ferocity is the, shall we say, catholicity of their targets. It doesn't matter how famous Dawkins is, or how faithful to the cause. Conformity is the main thing -- that and disassociation from the tribal prejudices of the West. If Christians are currently playing ball with the spirit of the age, that still leaves non-Christian articles of faith potentially exposed to insult.

The suppression of speech, in case one hasn't noticed, is a left-wing cause, offering no exemptions even to left-wingers such as Dawkins. "Conform, conform!" is the relentless cry. "Do what we say!" "We" being the self-anointed sifters of truth and falsehood. Not even the dreaded "alt-right," whatever it really is, works to shut down speech.

What the left hasn't caught onto, of course, is the fact that speech can't really be shut down, only diverted into new streams and channels. What Dawkins ought to do is tweet like mad against the Bay Area chapter of the Klan, as newly constituted. Then he ought to hire a hall, invite his critics as well as just curious bystanders, and tell the world this speech-suppression stuff won't do. You can't take such demoralizing stuff lying down. You must get off the ground swinging.

Free speech isn't the prerogative of the right or the left. I used to make my Baylor University students read and discuss John Milton's "Areopagitica" of 1644, his strenuous defense of intellectual combat. "And though all the winds of doctrine," said the great Milton, "were let loose to play upon the earth, so truth be in the field we do injuriously by licensing and prohibiting to misdoubt her strength. Let her and falsehood grapple; who ever knew truth put to the worse in a free and open encounter." Which might be, come to think of it, the reason Berkeley, California, isn't big these days on free and open encounters.