What Matters in Politics -- And What Doesn't

Bill Murchison
|
Posted: Jan 26, 2016 12:01 AM
Share   Tweet
The opinions expressed by columnists are their own and do not necessarily represent the views of Townhall.com. 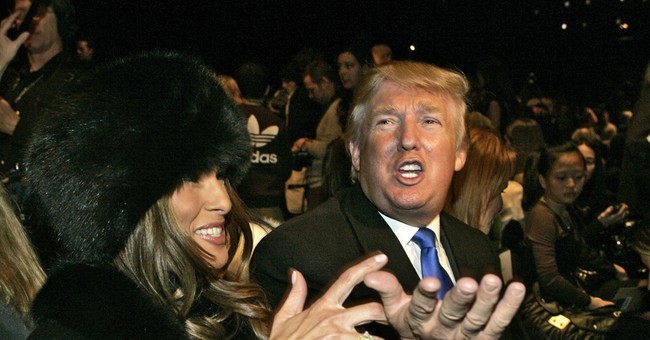 Trending
My friends and fellow Americans: This Trump thing we're all chewing to death like a dog with a dishrag is only nominally about "Doctor" Trump and his traveling medicine show.

It's most of all about us. And what we make of our country and its present challenges. The primaries and caucuses and polls and whatnots persuade us they are the essence of political life. Can we not see and appreciate that?

It's a bad sign we have gotten to this point, a very bad sign, and I don't think anyone knows what to do about it. A healthy nation -- which is to say, a healthy society composed of healthy families and citizens -- doesn't wager its prospects on the promised actions of men and women who make a living asking for votes. Our disposition to make that wager shows how unhealthy we believe ourselves to have become, owing to our dependence on the distribution of votes, which are mere preferences for one course of action or another.

If we look around -- except that we don't -- we notice how few preferences actually ever get written into law. Or how little they help when they do.

Public men and women are, essentially, do-nothings. They have become such by taking on so many enterprises and commitments they can't bring them to any coherent fulfillment. Have you heard a single good speech this year by a president candidate of either party, setting forth terms by which the modern world might be cured of its ills?

Dr. Trump, were we to drain every patent medicine bottle on his wagon, wouldn't solve our problems. That's not his thing. His thing is promising to solve our problems. You'd think we might have noticed this by now, but seemingly not. It suffices for any number of Trumpians that he talks loud and tough about things concerning which they appreciate loud, tough talk. You tell 'em, Don. Wow. If only Aristotle had hit on that approach to politics!

However, Dr. Trump isn't the only one to address us in such a manner. All our presidential types (save maybe old Bernie, some of the time) talk in glittering generalities. For which I suggest two causes.

1. That's how you talk to a people with comparatively little in common: lacking even that love of liberty once thought to have inspired their national founding.

2. The people being talked to are a pampered lot, having come to accept government as the arbiter of life's challenges. The question isn't, these days, whether government should run things for us; the question is, run what particular things, at what cost, and for whose benefit? The presidential election is about providing answers to that question -- "conservative" answers or "liberal/progressive" answers.

And I don't know what we do about it.

Then again, hmm. How about this? We start to work in various settings, individual as well as corporate, for recovery of the seemingly vanished sense that the character of a nation's people is of infinitely more importance to that nation than the cost and complexity of its social and economic programs.

A genuinely valuable "health care" system, for instance, would be one that emphasizes honor and dignity. It would recognize that a well-developed sense of duty to the community and responsibility for personal behavior are among the attributes that voters and political figures alike should praise and reward as necessary to any concept of national well-being.

We have some sense of the matter, yes. The rhetoric of the campaign trail suggests that "lying" isn't nice. But why isn't it? Because it dissolves trust and undermines possibilities for social cooperation? We don't get into that. Instead we get into amnesties and guns and single-payer medical services and confiscations (called redistributions) of income -- none of these topics insignificant, none a match for that which we might profitably be talking about if politics encouraged our talking about such matters. Which it doesn't. And from the look of things may not again soon.

On to New Hampshire! On to Iowa! And try hard to have a good day.