The Politics of Normality 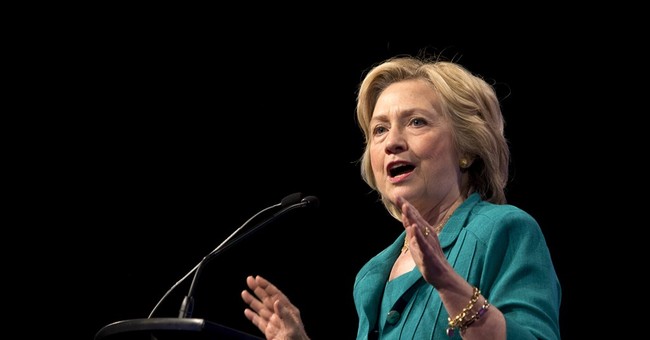 Yes, that Joe. As in, this weekend the New York Times ran an article with the headline: "Joe Biden Said to Be Taking New Look at Presidential Run."

Couldn't be. No! But here comes the Times again: "Hillary Clinton Camp Weighs Implications of Potential Joe Biden Challenge." A congruent note about the timing of all this: Donald Trump, headed toward a debate showdown on Fox News, handily leads the Republican field.

Let me poke an investigatory hole in the tent flap by remarking that 10 or 15 years ago I would not have considered voting for Biden in a contest for second assistant municipal dogcatcher. There seemed about him, with his hair transplant and dazzling dental work, an air of artifice and insincerity.

Here is the catch today: In a race with Donald Trump, I might well consider a vote for ol' Joe -- a strangely normal person in the context of 21st century political normality.

It may be that Trump benefits from that off-kilter view of the political world: politics as the center of human endeavor, with a solution for every problem; opponents as rabble to be marched over and ground down; lies and distortions as the stuff of discourse; and money as the measure of success.

And Joe Biden -- Barack Obama's vice president -- as the answer to it all? Hardy-har-har, as Jackie Gleason used to say back in the '50s, when Joe and I -- and Bernie Sanders, to boot -- were watching our first TV. Ol' Joe's defects, such as sounding off without thinking, are real enough; they just seem less glaring, less offensive and less intrusive when measured against the disposition of, well, for instance, our incumbent president.

Our incumbent president, who swept in victory seven years ago on a tide of promises to reconcile national divisions, regards himself as ruling by divine right. He's never wrong, it seems. All criticisms of his style and policies are outlandish and wrong. From a foreign land (Ethiopia), he assailed critics of the Iran nuclear deal. Announcing Monday a plan to reduce greenhouse gases, he announced that challenges to his methodology and goals were just "stale arguments." I, Barack, have spoken. The rest of you -- get your posteriors in gear, y'hear me?

It's wonderful to have a perfect president. But the limitations of politics, no matter who the president may be, are easy to recognize. Taxes and regulations suppress economic growth. Immense bureaucracies -- official (the Environmental Protection Agency) and semi-official (teacher unions) -- work to impose their distinct ideologies on a large and diverse population. Unelected jurists, by margins no thicker than a provolone slice, enforce their own outlooks and viewpoints. The ancient institution of marriage comes under new rules on the basis of one Supreme Court justice's poetic conception of How Things Should Be.

Hillary Clinton's (and her husband's) association with this new style of anti-democratic politics has been conspicuous. So has her reputation for -- shall we say -- shepherding the truth in the way she wants it understood by the dumb sheep in her custody. Polls show that the majority of voters find her untrustworthy: could it be that people have started to doubt the pleasures of being lied to and talked down to?

Lowlife screwball as he may be in some regards, Donald Trump seems at least not to be holding back his personal views. He seems, in fact, to relish large risks. From the fans' standpoint, how can that hurt, in a milieu where personal gain has come to outrank public service?

As with Trump, so with Biden, perhaps. He's just different enough -- sentimental, family-oriented, patriotic, religious in an old-fashioned Catholic way -- to stand out amid the new norms, looking more like somebody from the Eisenhower-Kennedy era than a spokesman for the Politics of Me, the Politics of "I, Barack," and of Mr. and Mrs. Clinton.

Never bet against the Clintons, a political adage has it -- an adage that says as much about our times and present ways as it does anything else. Unless the last word on that topic is still to be written.