The Anti-Science Mainstreaming of Mental Illness

Ben Shapiro
|
Posted: Jan 04, 2017 12:01 AM
Share   Tweet
The opinions expressed by columnists are their own and do not necessarily represent the views of Townhall.com. 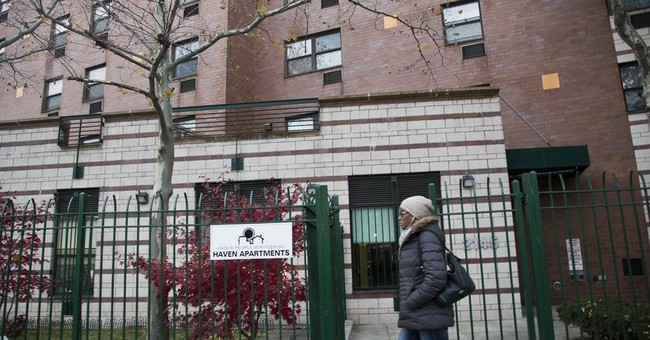 Trending
On Tuesday, the U.K.'s Daily Mail reported that 23-year-old Anna Teshu of Staten Island, New York, has gone missing. Teshu's 15 minutes of fame began in 2015 when she was featured on the internet because her boyfriend was walking her around on a leash in public. Her boyfriend said: "The collar is like a ring for most couples. They use rings, we have a collar." Teshu reportedly enjoyed spending time in a puppy cage, as well. She explained, "The first time I put on a collar I thought, 'Now I need to find someone for the other end.'"

That same year, she was arrested for animal cruelty after allegedly leaving a dog in a hot car. Her attorney said, "She's a disabled person." She was found mentally unfit to stand trial and escaped conviction.

All of this makes headlines because the media and the public decided to treat a mentally ill person as a mentally healthy person making "alternative choices." Instead of Teshu receiving the help she so obviously needed, the media chose to treat her as a unique flower blooming, and the public nodded along in order to appear tolerant -- all the while laughing.

In 2015, Sarah Boesveld of the National Post in Canada reported on a new phenomenon: "transabled" people, who feel that they've been born disabled people in healthy bodies. Some of these people cut off their own limbs. According to Boesveld: "Most crave an amputation or paralysis, though (one researcher) has interviewed one person wants his penis removed. Another wants to be blind. Many people ... arrange 'accidents' to help achieve the goal." According to the researcher, "this disorder is starting to be thought of as a neurological problem with the body's mapping, rather than a mental illness."

While Teshu and the transabled may seem fringe, transgenderism is quickly becoming mainstream. Media advocates for transgenderism as mental health say that men who believe they are women, for example, are actually women and ought to be treated as such, insisting that members of society refer to them using female pronouns. In December, the 6th U.S. Circuit Court of Appeals determined that an Ohio school district must let a young girl continue to use the restroom of her choice, stating that to prevent it would "further confuse a young girl with special needs ... and subject her to further irreparable harm." The young girl in question is a boy who believes she is a girl.

None of this is an argument for governmental intervention. It is an argument for society to stop treating mental illness as mental health -- for the good of the mentally ill. Delusions should not be treated as reality. And treatments that do not work (transgender surgery has no impact on suicide rate, for example) should not be treated as solutions, particularly when those treatments are applied to children.

That does not mean that good solutions have been found for many of these mental illnesses. But to stop searching for good solutions and deem the problem solved by virtue of instilling the normalcy of the illness is counterproductive and dangerous.

My grandfather was hospitalized for paranoid schizophrenia in the 1960s. He thought he heard the radio talking to him. Today's society would presumably determine that a lifestyle choice and celebrate his diversity rather than getting him the lithium treatment he required, which saved his family. A society that thinks itself kind while treating mental illness as "letting your freak flag fly" and all the while silently snickering at the supposed freaks is a cruel society indeed.